Attend an Indian wedding: Are you ready?

Attend an Indian wedding: Are you ready?

The Taj Mahal, yoga classes or spicy delights. . . Yes, we know that you want to experience all the attractions of the Indian giant. But we regret to tell you that if you have not included in your list to attend an Indian wedding, your exotic experience will never be completed. You are ready?

India is a country where customs and traditions are very different from those of the West: there are thousands of colorful gods, cows do not touch each other and weddings are governed by certain rules . Forged in the folklore and the deep familiar feeling that invades the social hierarchies of the Indian subcontinent, the Indian weddings are real shows whose preparation and components suppose an experience in itself.

Bearing in mind that many weddings are celebrated according to caste and status, these unions are more an exchange between two families than between two people , which is why parents and siblings are an active part of an event in which they must be careful to the last detail.

While an Indian wedding celebrated in Rajasthan may be different than one that takes place in a South Indian state such as Kerala , Indian weddings often have several characteristics in common. The first is to set the wedding date in a significant day, in some areas, decided by the astrologer who advises families on such important issues. In addition,  some parts of the wedding are usually held at the home of the bride’s family , who will go to live with their new husband and their respective family soon after. 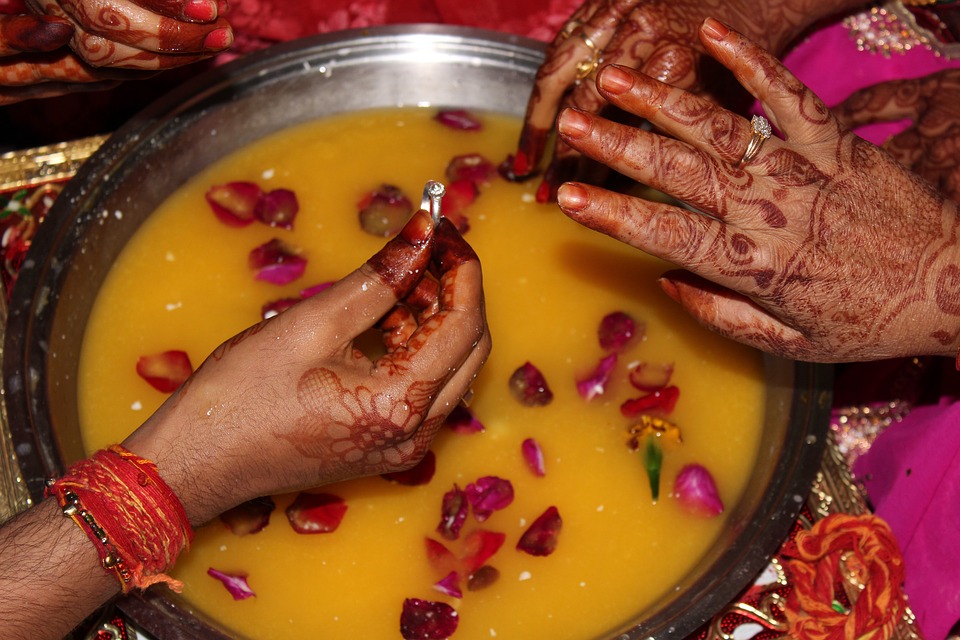 An event in which, once the conditions between both families have been agreed upon, a display is given in the form of colors, food, music and lavish saris that make up one of the most iconic celebrations in the world.

The first event consists of the blessing of the couple through a priest or brahmin , who gives his blessing to the couple. Shortly after, normally the day before the wedding, the ritual known as Baarat is celebrated , which involves a horseback ride on the part of the groom to the bride’s house as a sign of respect. After arriving, Ganesh Pooja encourages the first meeting between both families, usually between sweets, conversations and handshakes. At dusk, Sangeet is celebrated , an event with typical music in which everyone dances on the eve of the wedding .

The day of the wedding begins with a bride turned into the center of all eyes thanks to her clothes, jewelry or henna makeup in the hands poured by the women close to the family. The same that accompany her to the mandap , a huge tent under which awaits the Jai Mala , at which time the bride enters the room to meet the groom. Engaged looks that exchange garlands of flowers while whispering their decision of acceptance and mutual union in front of all present. 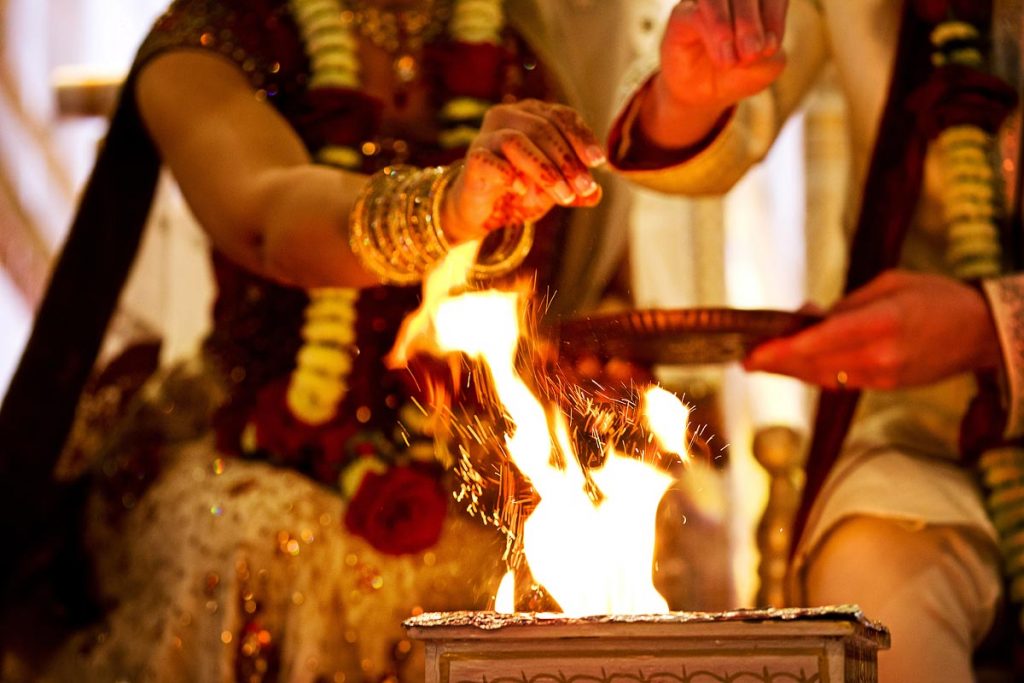 After the delivery of the bride to her new family, the groom makes sure to fulfill the three phases of every consolidated marriage: the dharma (religious duty), artha(money) and kama (pleasure) . Three pillars sealed by a stream of holy water by the father of the bride, followed by the sacred fire that is lit to the beat of the words of the priest, who recites a mantra in Sanskrit.

Soon after, and after exchanging the rings, the bride and groom make seven turns around the purifying fire in the ritual known as Shilarohan .

Finally, the new husband places his wife on the necklace that will consolidate her marriage forever.

As you can see, an Indian wedding is nurtured with numerous nuances.

Aspects that you can also enjoy during your next adventure.

Do you want to attend an Indian wedding?

For a Hindu family, the attendance of a Western person to their wedding is a touch of distinction , which is why being part of this type of event during your trip to India can become one of the most exciting experiences of your life.

The day before you can  attend the “pre-wedding” , where you can show off your henna tattoos on your hands and dance with the family to the beat of Sangeet until the body endures. 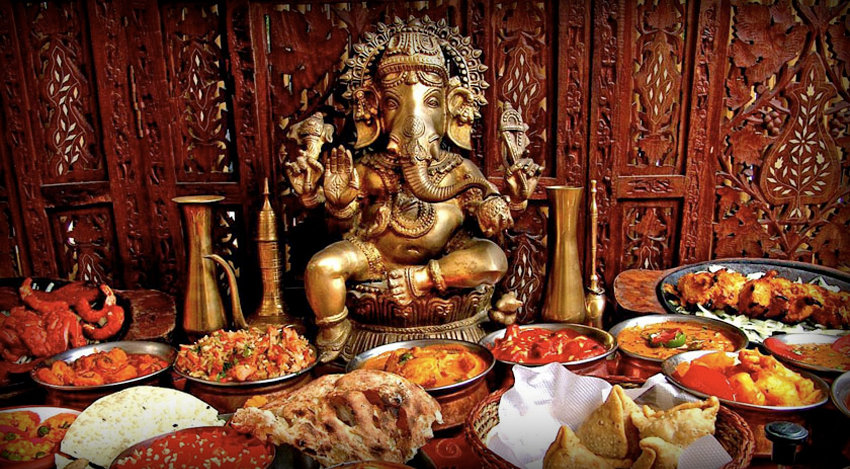 The next day, and in order to relax the effects of the crazy night, you can relax in a spa and be advised as to the dress so that you look perfect at the wedding that will take place in the afternoon. You can enjoy all the events and rituals mentioned above as part of a celebration where you will feel welcomed by your hosts, both families, and you can enjoy the many details that make up this union between colors, lights and music.

Of course, there will be no shortage of dances, cultural exchanges or a selection of unmistakable Indian dishes that range from the typical dal to the chaat , a delicious filled biscuit. 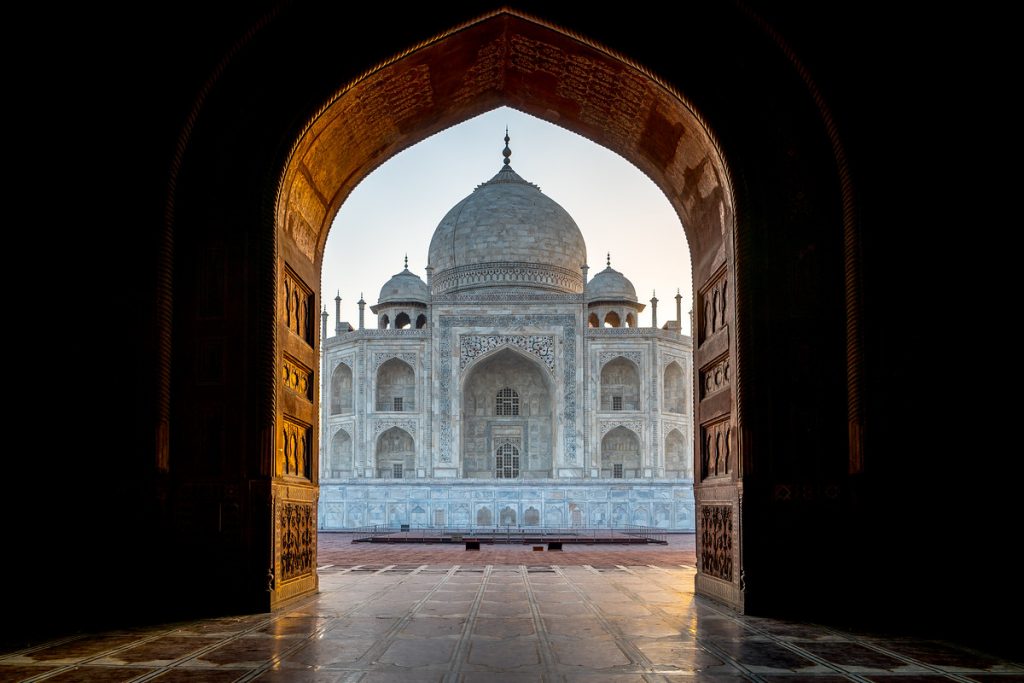 Attending an Indian wedding will allow you to delve into the soul of Indian folklore through its people, its color and its, yes, particular way of celebrating the union of the couple.

Would you like to attend an Indian wedding during your trip to India ?

Read More
How is it like to live in India