Although the Taj Mahal or the palaces of Rajasthan have become some of the most iconic places in India, we must not forget the charm of many other “works of art” such as, for example, the imposing Baoris. These “stepped wells” erected in the third century AD not only reveal part of the history of the subcontinent, but they also become places of unmistakable silence and magic. 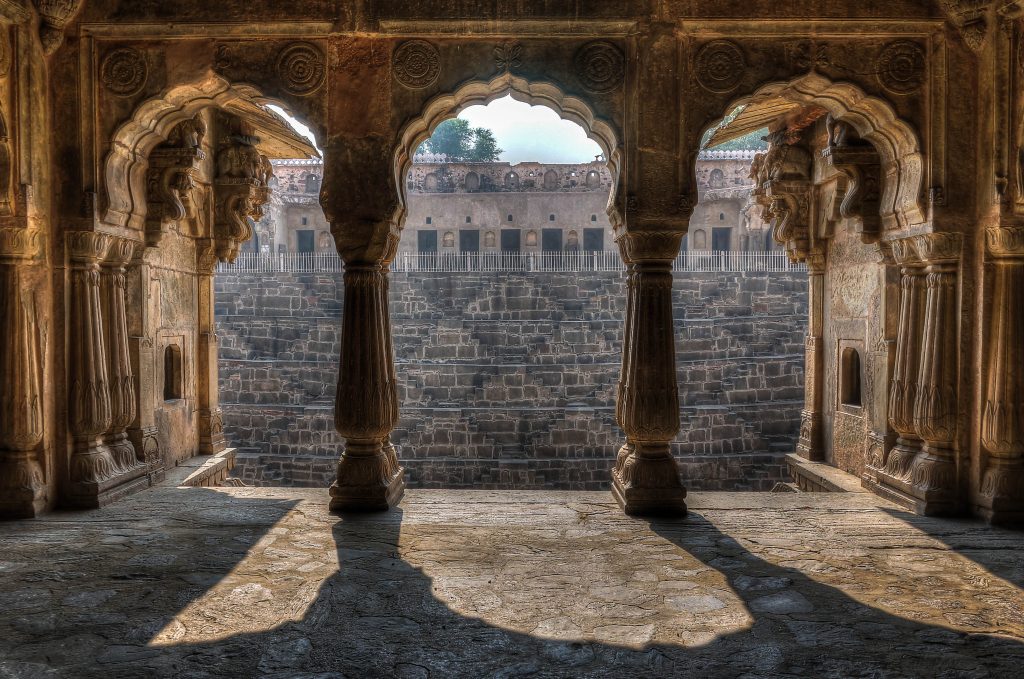 Sometime in the third century AD, in western India, so arid and desert, that of Rajasthan or Gujarat , began to proliferate a type of construction that, over time, end inspire a subcontinent full of palaces, fortresses and mausoleums.

The staggered wells known as “baori” or “baoli” in Hindi or “Vav” in Gujarani language, are deep wells that, during the rare rainy seasons, stored the water that was later collected by the women . However, unlike the wells that we can find in the West, here the descent into the well is made up of hundreds of steps that enclose places of great beauty and spirituality.

In addition, the shaded holes to hide from the high temperatures of the desert or the energy of its structure converted these wells, over time, into places where socializing, praying or depositing offerings that incited the ornamentation of these structures. The legend tells of the importance of these places as “defensive deposits”. With so many steps and space would be ideal places where an army could wait for its attackers without awakening the slightest suspicion on the horizon …

With the passage of time, the Baoris spread to other countries such as Pakistan and their appearance influenced the garden areas of other later monuments such as the Agra  Taj Mahal .

To this day, the Baoris continue to be an architectural rarity in which to get lost during any trip to India . We immerse you in the most picturesque: 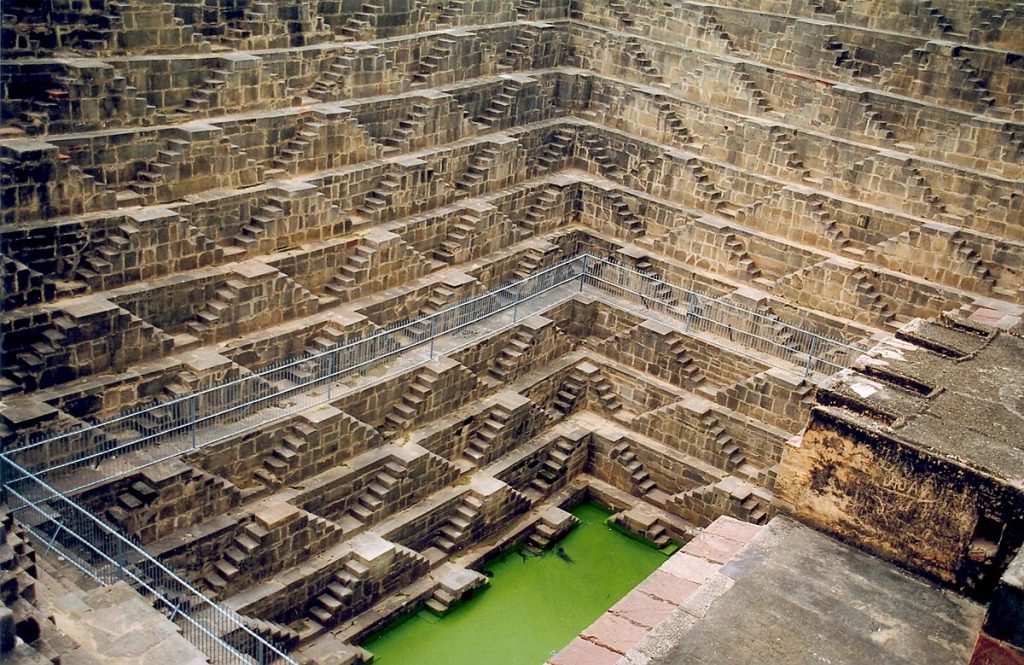 Located in the town of Abhaneri, not far from the city of Jaipur, the most famous well of India is a delight for the senses. A shrine away from the commercial routes that deploys up to 3500 steps distributed in 13 different levels fenced to the public in order to ensure the visit of those who come seeking to look at one of the great attractions of Rajasthan . 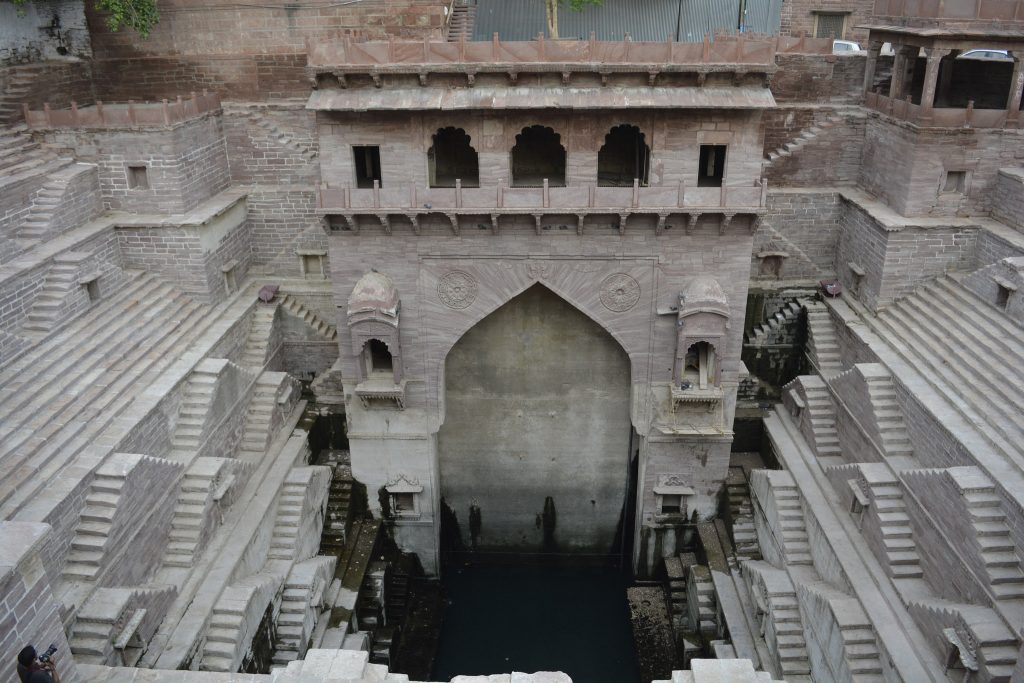 Inaugurated in 1740 by the Maharani of the Tanwar clan as a way to please their subjects, the famous baori of the blue city of Jodhpur became a meeting place that, however, was eventually condemned to oblivion. Luckily, the past few years have revived this mystical place where hotels, shops or cafés like the cozy Stepwell are currently appearing , reinventing the heritage and turning it into one of the places in Rajasthan that best combines past and present. 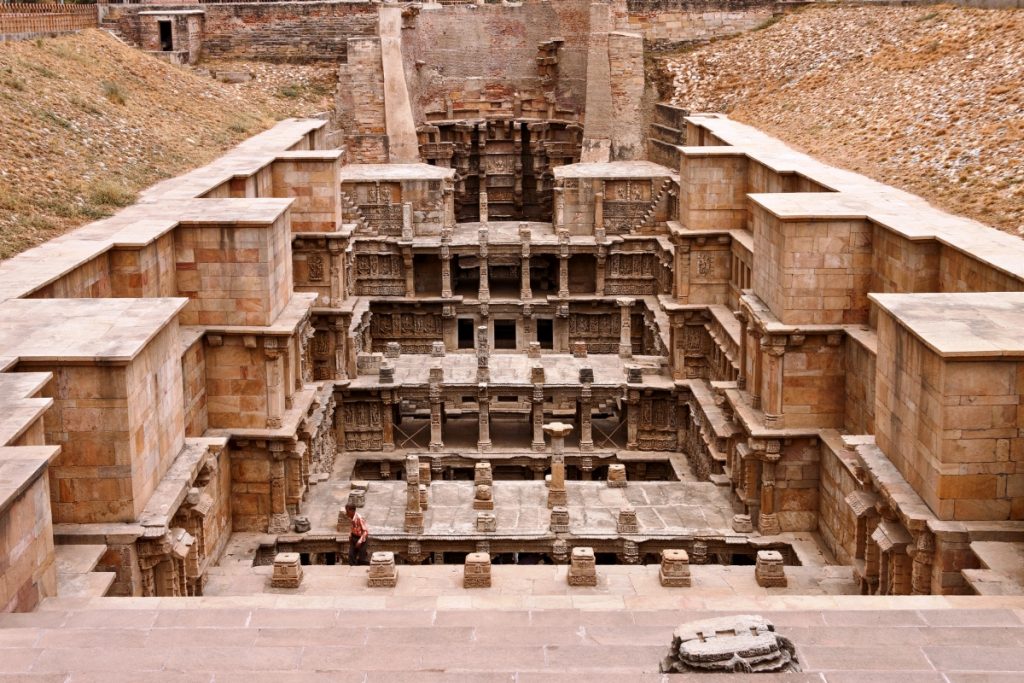 Around 1050 AD, in the town of Patan was built one of the largest baoris in India , also known as “Aljibe de la Reina”. Erected in honor of King Bimdev and his widow, Queen Udayamati, the well was flooded by the Saraswati River until it was rediscovered in the 1980s by the Archaeological Society of India (ASI). The result was the extraction of numerous statues and paintings of gods such as Lord Vishnu to make it one of the most spectacular spaces in North India . So much so that Unesco did not hesitate to name it a World Heritage Site in 2014 .

Baori of the Temple of the Sun (Modhera, Gujarat) 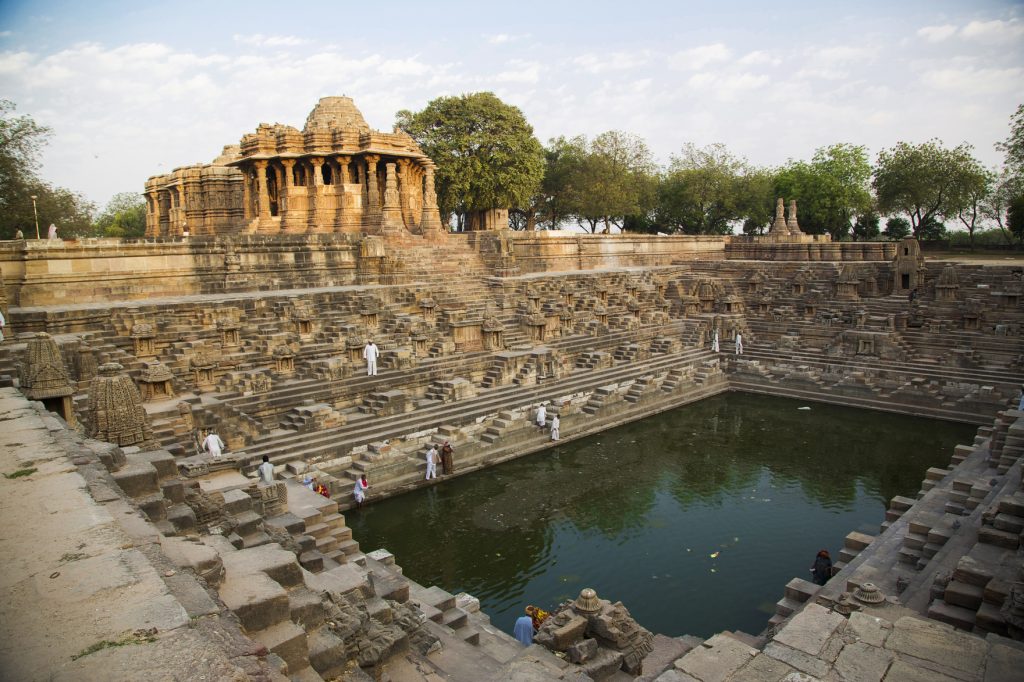 Located on the bank of the Pushpavati River , the Temple of the Sun was erected thousands of years ago near the Tropic of Cancer as a tribute to the god Surya, becoming one of the most curious (and neglected) monumental complexes in the state of Gujarat . A journey through three sections (the entrance, the main nave and the ceremonial), which end up overlooking the imposing Kunda, a baori dating from the 11th century AD whose steps house locals and visitors who decide to sit down to reflect or interact with each other . 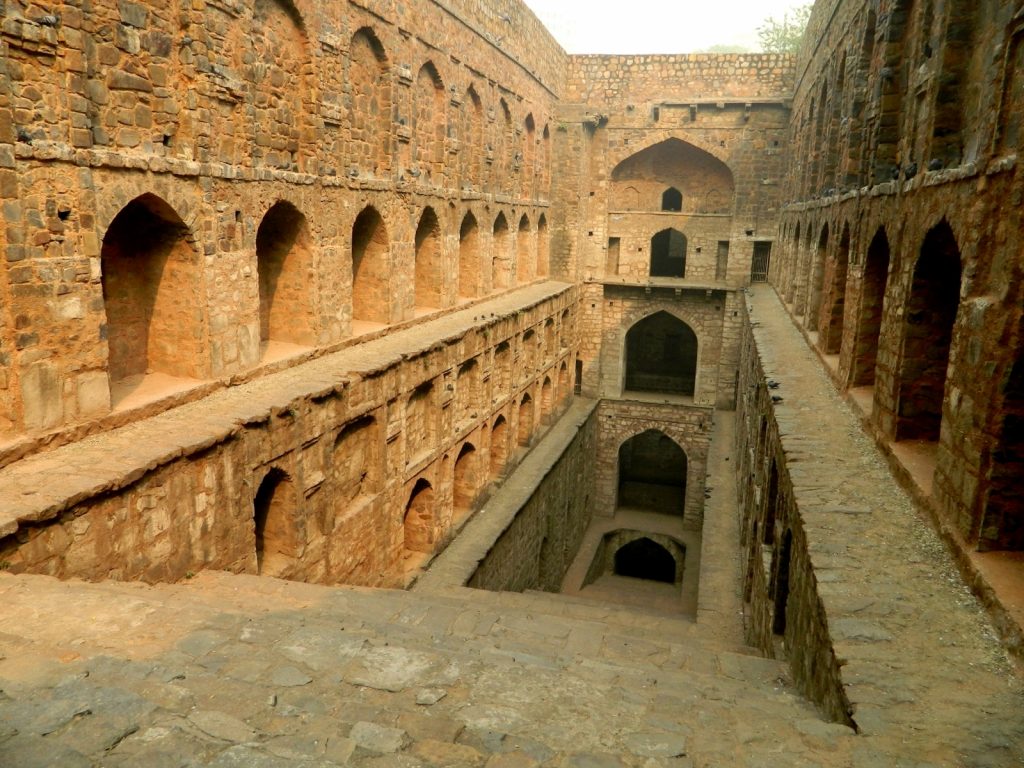 If you are by Connaught Place , in the center of New Delhi , you will discover a baori embedded in the urban area whose 103 steps lead us to a mystical place, like a fairy tale. In fact, you can often see different speakers illustrating the visitors with stories of ghosts swarming through the passageways of this curious baori. 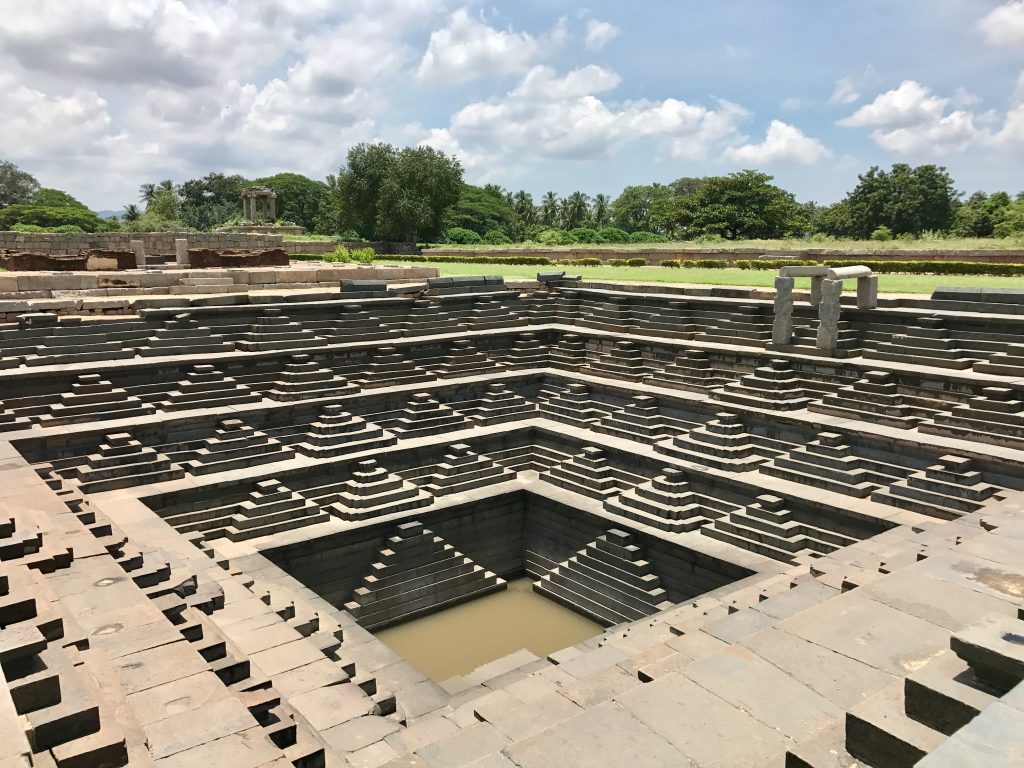 One of the baori of the Hampi complex, in Karnataka © Wikipedia Commons

The so-called “pushkarini” (or fish tank temples) refer to certain areas of ancient architectural complexes reserved for healing baths in the state of Karnataka . In the case of the unmistakable architectural ensemble of Hampi , its pushkarini is a baori whose waters were credited with healing powers in antiquity. In turn, the enclave served as a meeting place for members of the old Vijayanagara empire, with many boats or statues inserted in the water in order to pay tribute to the gods through lavish representations.

Would you like to see these magnificent baoris during your trip to India ?

Kerala as a family: India with children

Read More
Kerala as a family: India with children