A mecca of nature tourism, the Indian subcontinent displays endless experiences worthy of The Jungle Book and more, much more. Do not miss these best places to do a safari.

Best places to do a safari 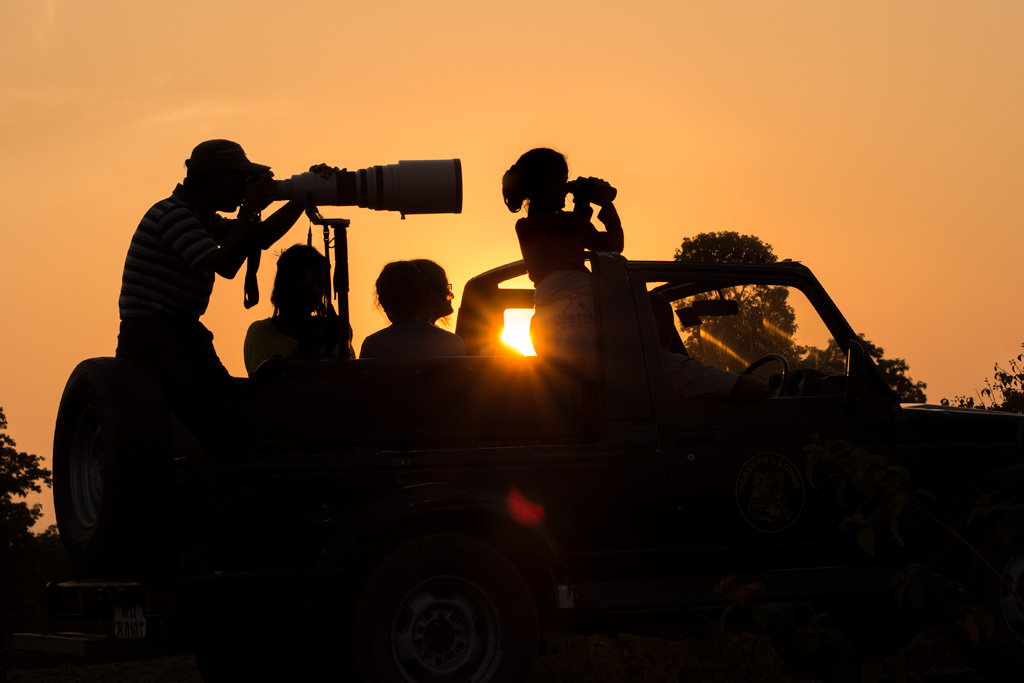 Surely many of you remember The Jungle Book , the Disney tape that followed the adventures of the Mowgli boy through a jungle of lazy bears, monkeys who danced swing or military elephants. A universe that, moved to the real world, finds in the Indian subcontinent all the nuances of that exuberant nature that invites to be discovered by jeep, canoe or staying in eco-lodge resort, some of the best glamping in India .

And it is that 10% of the wild nature of the entire planet is housed in an Indian subcontinent formed by countries such as India , Nepal or Sri Lanka . Natural empires that house 870 endemic species without counting its 1250 species of birds, 270 of snakes or 15 different species of wild cats, the highest in the entire planet . Hence the possibility of sighting the Bengal tiger is the most sought-after option in a panorama where countless national parks become the  best places to make a safari around the world: 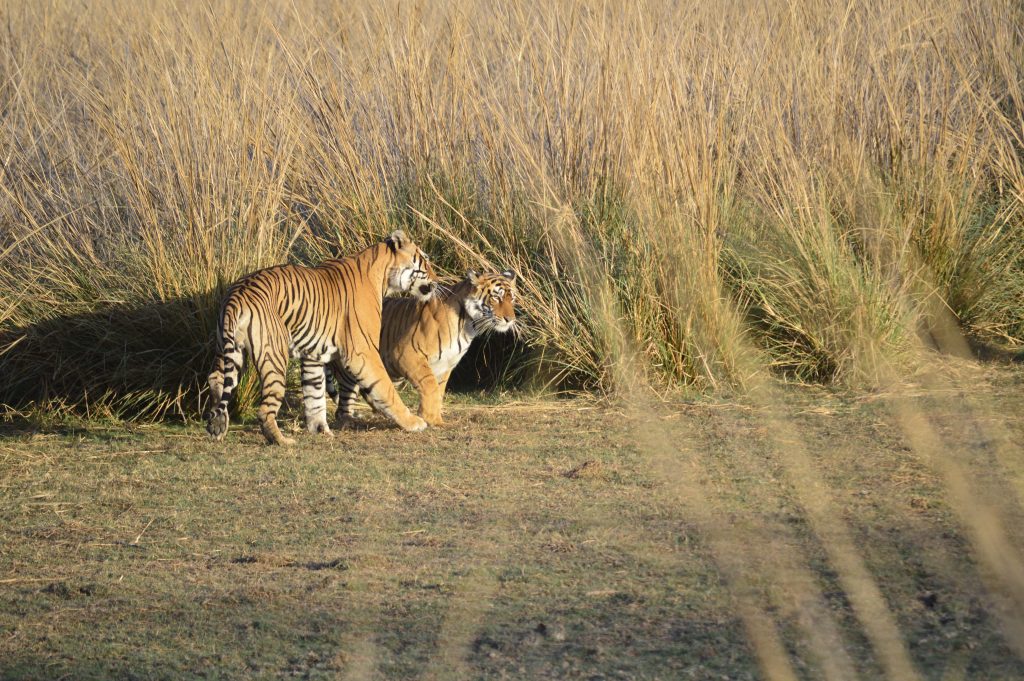 Photograph of two tigers taken by one of our travelers. © Mariano Alfaro

Considered as one of the best national parks in the world to spot the Bengal tiger , since you can even see them in broad daylight, Ranthambore is located in the state of Rajasthan , among forests and old fortresses, awaiting the visitor eager for new experiences . A scenario where in addition to the famous tiger, you can also spot leopards, sloths (hello Baloo!), Sambar (an indigenous antelope), langurs or hundreds of birds . The perfect option for anyone looking to combine the monumental charms of Rajasthan with an experience of nature, since Ranthambore is located just 160 kilometers from Jaipur , the Pink City of India . 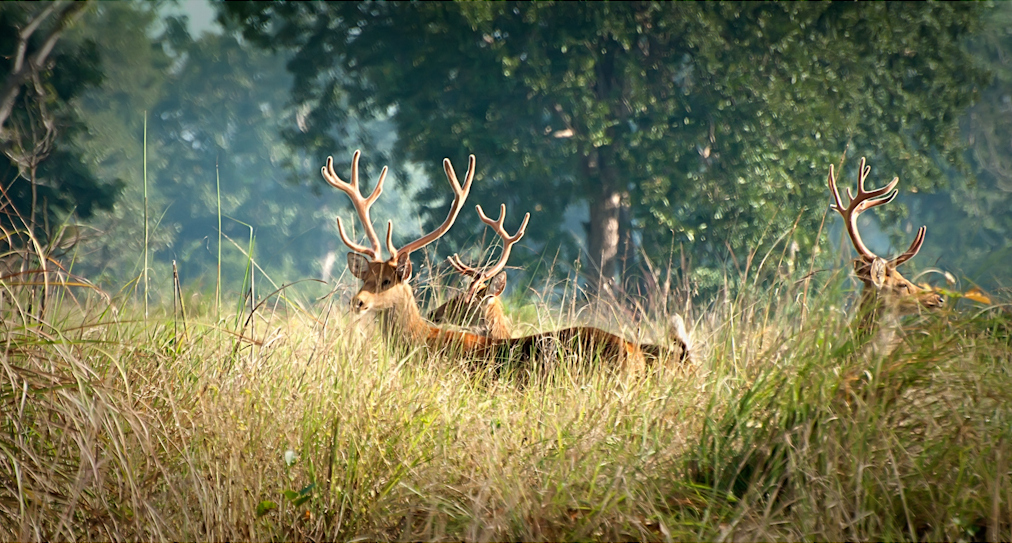 When Rudyard Kipling decided to write The Jungle Book , the name chosen to call the place where Mowgli and Baloo lived new adventures was Seoni , a city that “coincidentally” borders Kanha National Park, one of the most beautiful in India and that extends across 954 square kilometers in the state of Madhya Pradesh . Also known as Kanha Tiger Reserve thanks to the more than one hundred tigers that inhabit the park, the reserve also includes species such as birds, endangered speciesprotected here like the barasingha deer, leopards or the friendly gaur, a type of Indian bison. In addition, you can enjoy this place of charm from the Banjar Toola , accommodation where the lanterns and colonial sofas are scattered around a river to look out for during a romantic dinner. 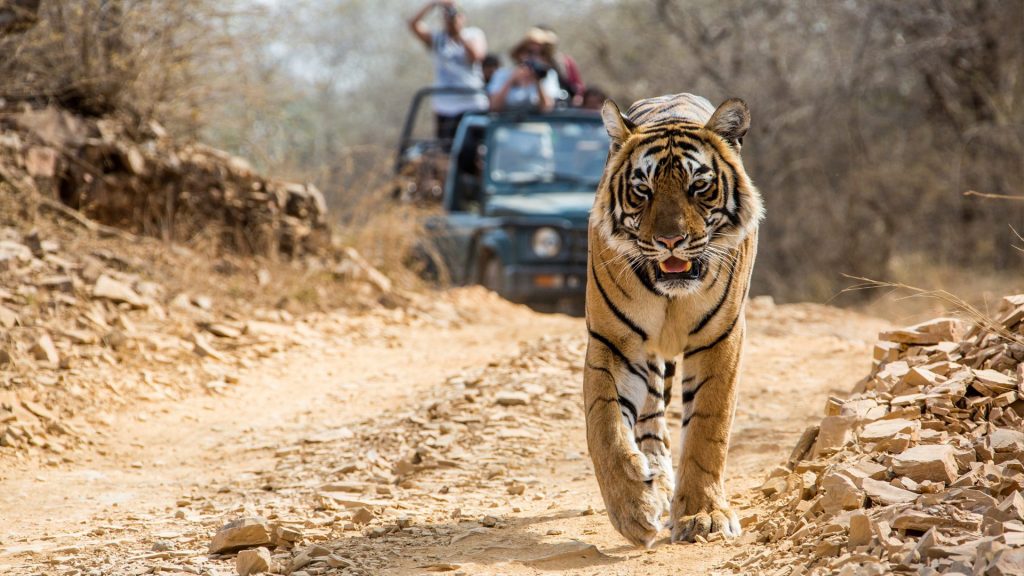 From the herons that dot its wetlands to the tiger that lives next to epic roads, the Bandhavgarh, located 240 kilometers from Kanha , is undoubtedly one of the best places to go on an Indian safari . Do not miss a jeep route while nature awakens in the form of hyenas, leopards or wild boars (among 37 other species of different mammals ), in addition to thousand-colored butterflies or birds that encourage magical bird-watching days . As icing, nothing better than dropping by the ruins of Sheshasaya , an ancient statue erected in honor of the god Lord Vishnu and at whose feet the peacocks display a thousand green and blue tails. The perfect combination ofCulture and nature during your trip to India . 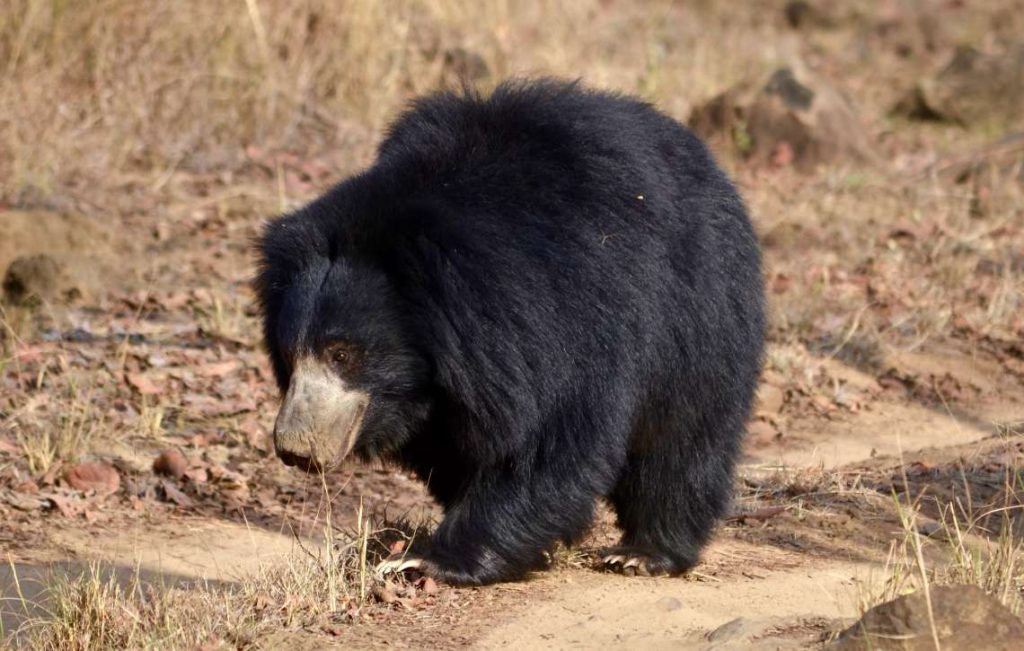 The future of national parks is called Satpura and is located in the state of Madhya Pradesh, with up to 1,427 square kilometers of surface. A natural paradise where you can enjoy numerous activities ranging from canoeing as a novel way of sighting species, to routes guided by a local guide in search  of the Bengal tiger, panthers, chitares and a long list of protagonists . Experiences to enjoy especially between the months of November and February, at which time the temperatures accompany and the consequences of the monsoon give a greener and more alive nature. If you also opt for a stay at the Denwa Backwater Scape of the Pugdundee Safaris chain, your “jungle book” is assured.

The presence of tropical chestnuts, bamboo and other hundreds of greens make up this natural reserve located in the state of Maharashtra and ideal for sighting all kinds of species. Famous for the practice of  rafting through the Pench River as a different means of doing safaris, Pench National Park becomes the ideal place to spot the Bengal tiger, lazy bears, striped hyenas, porcupines or leopards . Contrasts that also inspired the book of the jungle and whose access cannot be made between the months of July and September, at which time the monsoon makes this story place flourish. 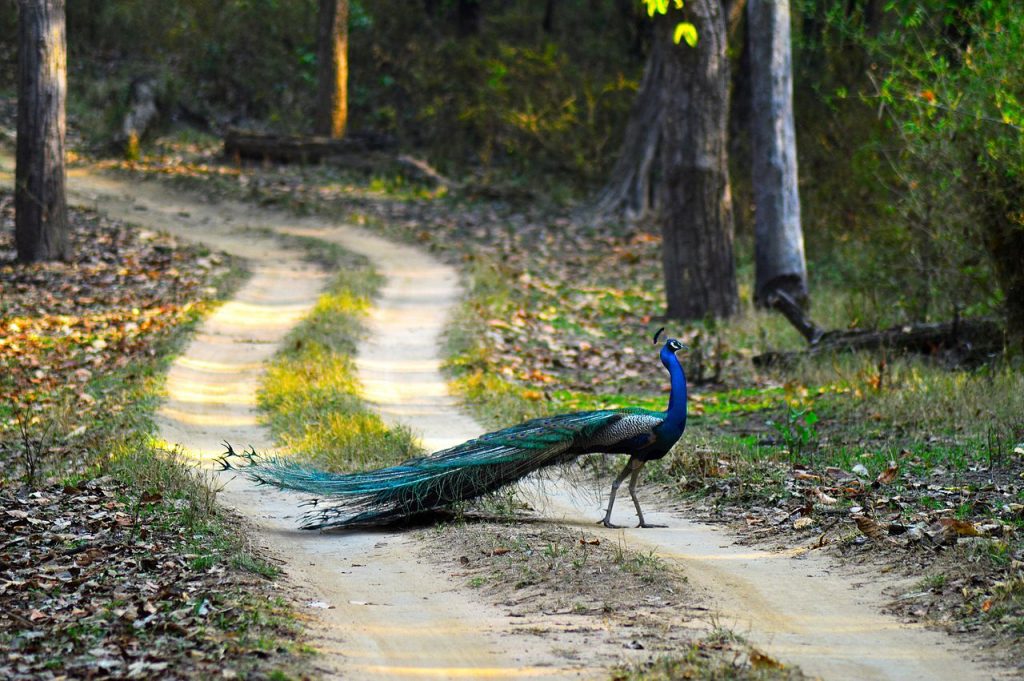 Peacock on one of the roads for visitors of Tadoba. © Wikipedia Commons

They say that the god Taru died after facing a Bengal tiger somewhere in the oldest national park in the state of Maharashtra , in addition to the largest. If you are looking to interact with local cultures and a much more natural environment, Tadoba allows you to combine both objectives in a tropical land where more than 80 Bengal tigers, 74 butterflies or 195 types of birds dwell . A paradise

Rhinoceros, the most famous animal in Kaziranga. © Anupam Nath

The state of Assam , east of India, is revealed as a clean and quiet place where nature finds new ways of expression. And the best place to appreciate all this charm is, without a doubt, the Kaziranga National Park . Named Natural Patrimony of Humanity by Unesco , in Kaziranga they meet from tigers to elephants, passing through its great protagonist: the single-horned rhinoceros ! In fact, the park itself gathers two thirds of the total population of this species, with more than 2400 specimens in Kaziranga alone , a park that invites a slow and different immersion. 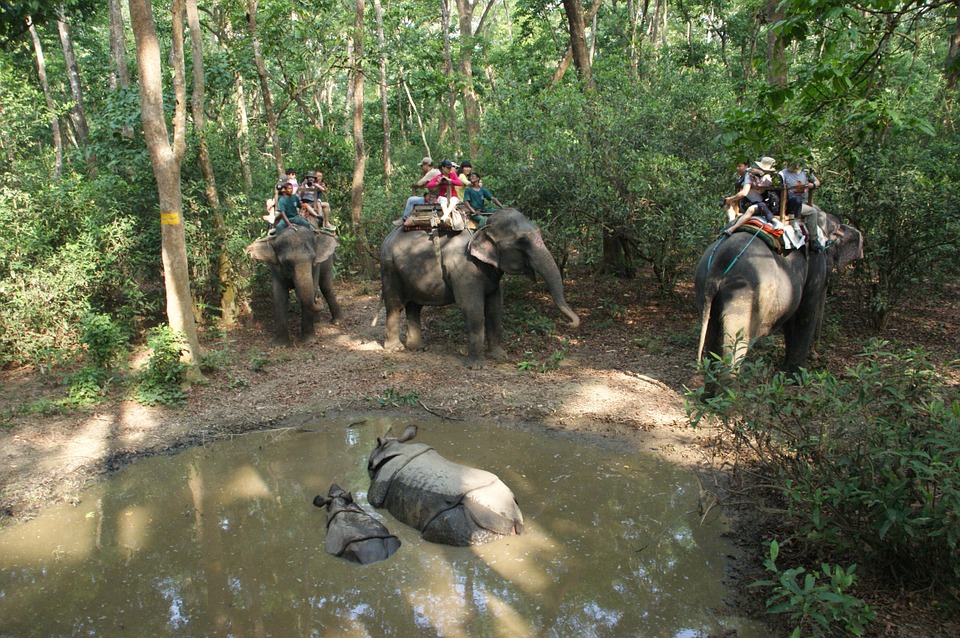 Of all the national parks in the world, that of Chitwan , in southern Nepal, is the only one that has doubled the number of tiger specimens . A triumph that confirms the well-being of this reserve divided into different ecosystems where rhinos, tigers, crocodiles, elephants and many other animals that live with the Tharu ethnic group live at the foot of the Himalayas. Discover the country of smiles beyond its reddish cities and Buddhist temples to immerse yourself in an unsurpassed nature during your trip to Nepal . 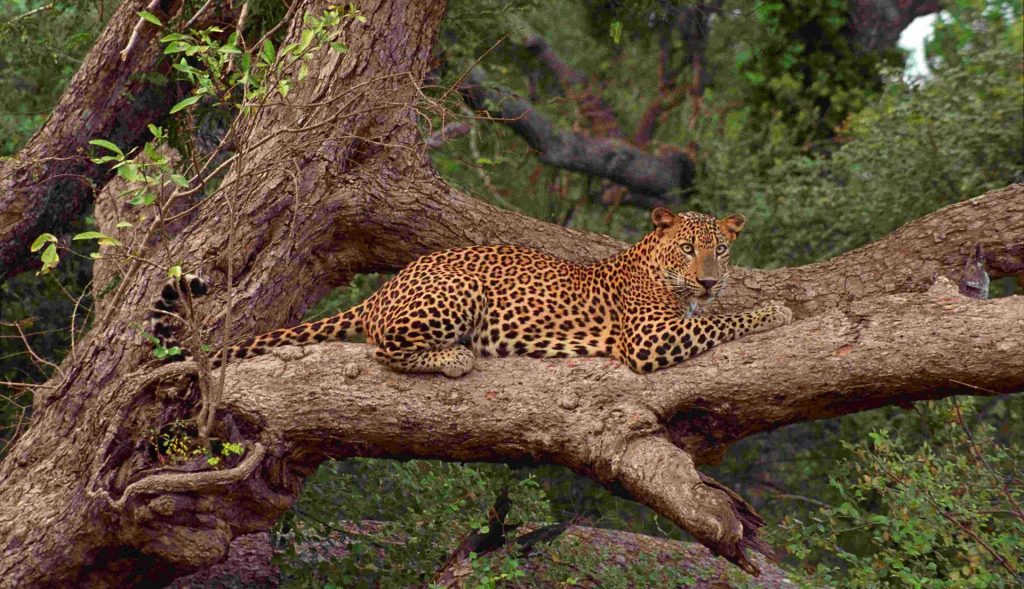 The leopard, great protagonist of the Yala National Park, in Sri Lanka.

Considered one of the most important nature destinations in the world , Sri Lanka boasts the largest number of Asian elephants on the continent , distributing its exuberant beauty in ideal reserves to see elephants in freedom such as Minneriya , sea ​​turtle farms , whale watching or parks Nationals as exciting as Yala. Located to the south of the tear of India and formed by five blocks (of which two are open to the public), this garden hides in its interior 44 species of mammals and 215 of birds, the leopard being the great star when presenting one of the highest densities of its species worldwide. Pure nature among wetlands, monsoon forests, plateaus, beaches and jungle where colors roar. Without a doubt, one of the best places to do a safari around the world .

Why is everyone want to visit Bundi Rajasthan