Garbage, poverty or dirt are some of the words that the world often uses to refer to India. However, under the headlines thrown by media and newspapers, we also find these following news about ecology in India that promise to bring down more than one prejudice.

Once upon a beach in Mumbai 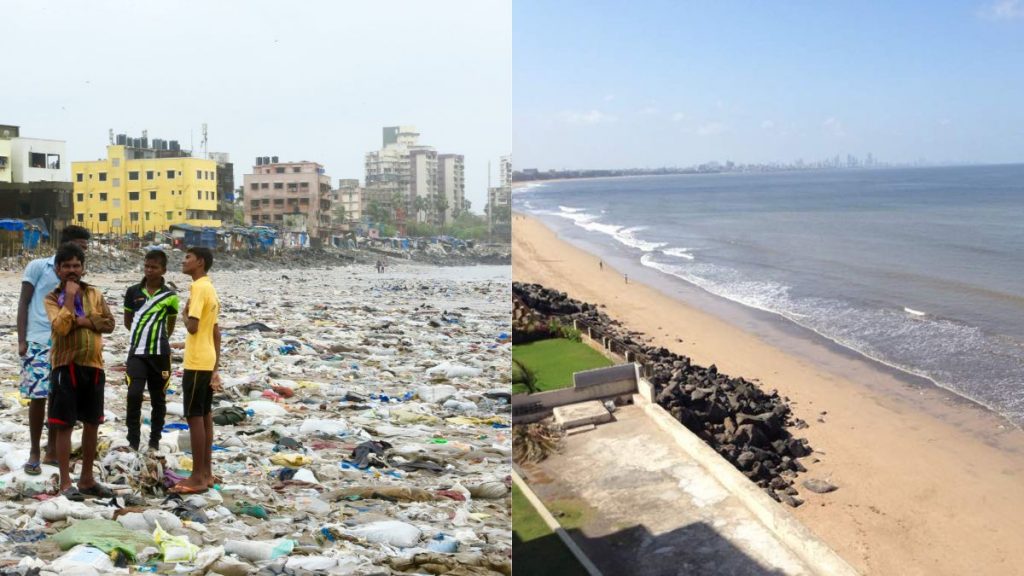 The “before” and “after” of Versoba Beach. © CNN in Spanish.

It was 2015 when lawyer Afriz Shaz approached Versoba Beach , an urban beach in Mumbai , to discover the most devastating of the scenarios: hundreds of plastic containers covering an apocalyptic cove that required urgent measures. That was how Shaz, along with his neighbor Harbansh Mathur and a retinue of activists who joined the initiative, collected up to 5 million tons of garbage over the course of 85 weeks . The result? A beach so renewed that even the turtles returned to the shore to nest after their long migrations. One of the best examples of the efforts that ecology in India has achieved in recent years. 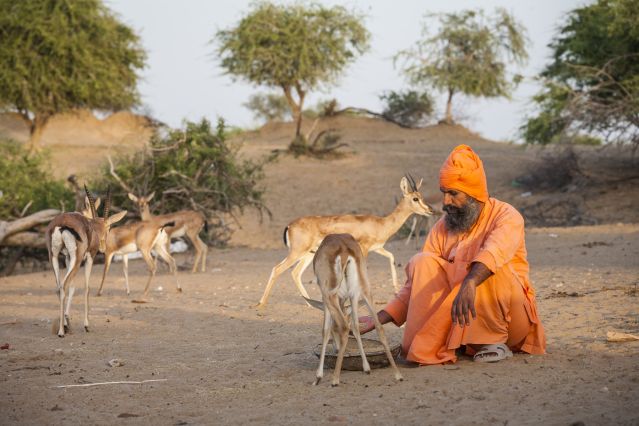 To the west of the Thar desert , in the state of Rajasthan , lies a curious community called bishnoi, a name that means “29”. A figure that refers to the number of precepts compiled by the guru Jambheswar in the fifteenth century, of which 8 belong to natural preservation and sustainable coexistence with the environment. From the rigorous drying of beef droppings to natural foods, through the peaceful interaction with animals or the production of artisan clothes, the bishnoi are an example of what the world should be. 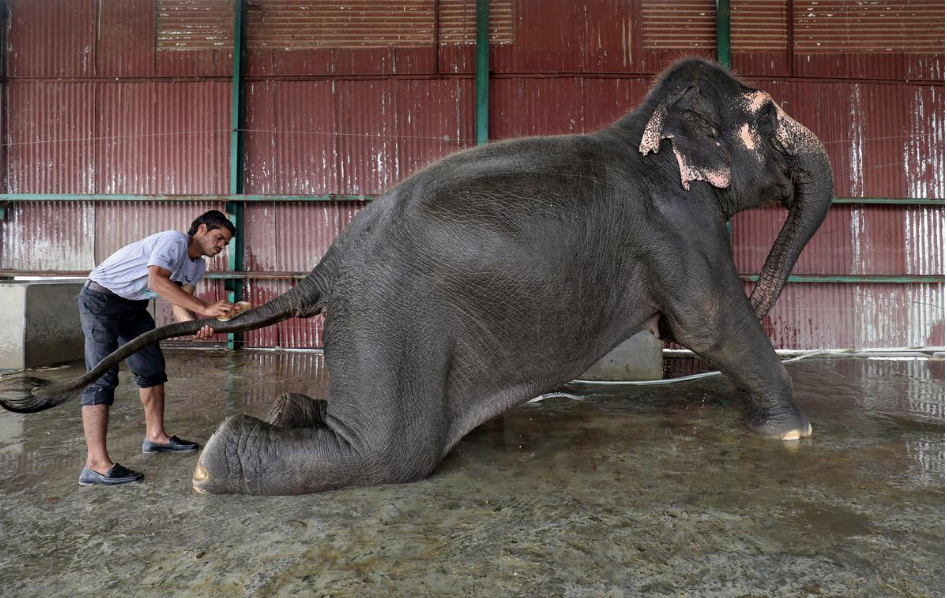 Elephant being analyzed in the hospital. © Anushree Fadnavis

At the end of 2018, the world’s first elephant hospital was inaugurated in the town of Churmura, not far from Agra . Conceived as an extension of the different conservation and care reserves of elephants in the area, the hospital is focused on treating all injured or sick elephants through different treatments that include, from wireless digital radiography to laser treatment, through dental radiography , ultrasonography, hydrotherapy or facilities to keep them in quarantine. A center especially necessary in a country that has more than 27,000 elephants (55% of the world’s population). 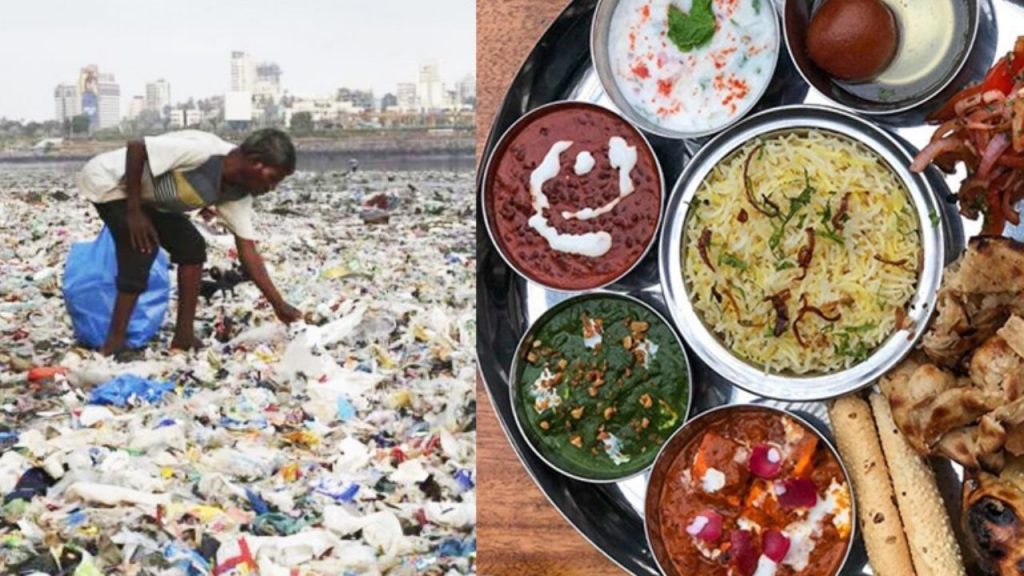 The initiative of Cafe Garbage, in India. © Curly Tales

Another of the most admirable initiatives of the ecology in India during these last years resides in the opening of the well-known like Garbage Café , an establishment in Ambikapur , city of the state of Chhattisgarh , where the visitors can exchange a kilo of garbage collected for free food . A successful idea whose objective allows not only to help the most needy classes in the city, but to use the accumulated waste to erect plastic roads in Ambikapur, considered the second cleanest city in India behind Indore, in the state of Madhya Pradesh 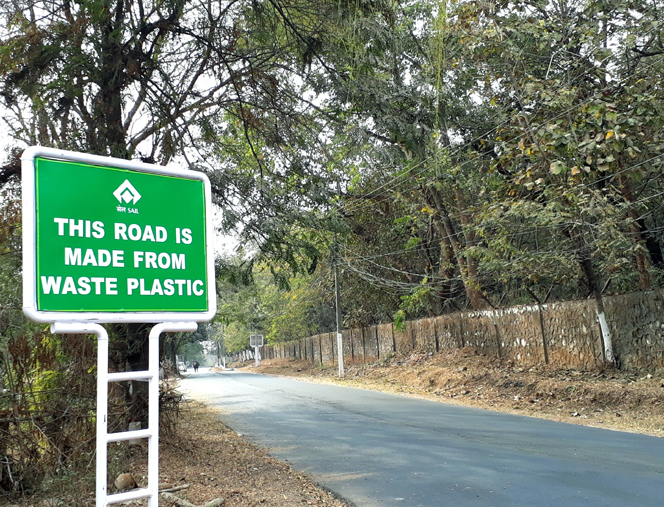 Example of a road made with plastic in India. © English Samajalive

The Garbage Café initiative is just one of the ramifications of a vast project to turn India into a country with a huge network of plastic roads . An idea emerged from Dr. Rajagopalan Vasudevan , a professor of chemistry in the state of Tamil Nadu , whose efforts have already allowed paving more than 20 thousand kilometers of roads from plastic waste in order to alleviate the 300 million containers of this material that They are spread throughout the Indian geography. 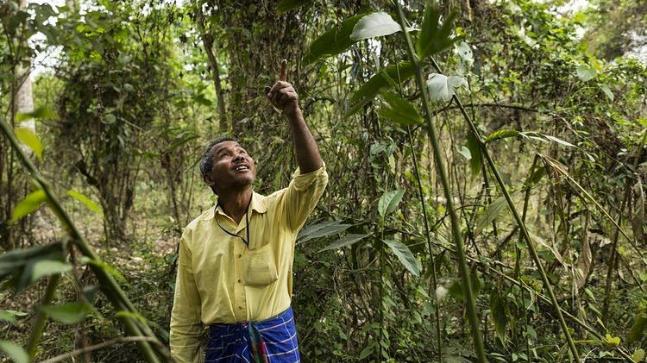 Jadav Payeng in his forest of Assam. © India Today

One day in 1979, a young man named Jadav Payeng found numerous reptiles killed by the lack of shade in the vicinity of Majuli , the largest river island in the world located on the Brahmaputra River, in the state of Assam. An alarm that led Payeng to ask the authorities for help in order to repopulate trees in the vicinity of such a desert wasteland. Forty years later, the so-called “tree-man” has managed to create a 1400-acre forest (almost twice as large as New York’s Central Park itself), becoming the most reliable proof that a single man can help change the world. So much, that this icon of ecology in India inspired an award-winning documentary at the 2014 Cannes Film Festival. 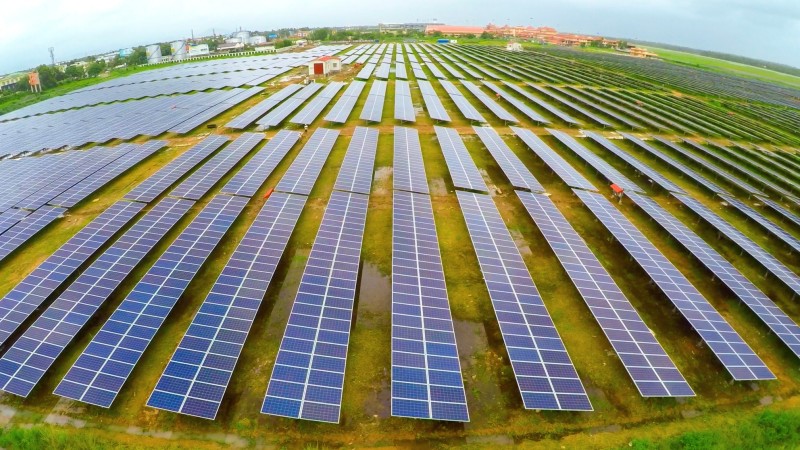 In 2013, the German firm Bosch installed a few solar panels at Kochi Airport, in the state of Kerala, which would become 46 thousand by 2016, the year of inauguration of the first airport in the world to supply 100% through solar energy . A project recognized by the UN in 2018 with the Earth Champion Prize, becoming an inspiration for many other airports around the world that have not taken long to reinvent the energy resources of their infrastructure.

And the first organic state in the world is … 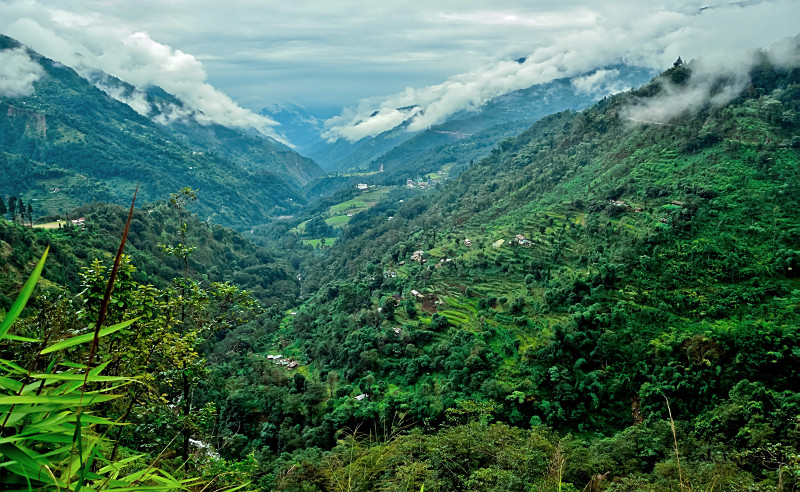 Traveling to India is not just visiting the Taj Mahal or Jaipur . It is also the tropicalism of Kerala, the whispering valleys of Kashmir or the superlative green of Sikkim . A state located in northern India and the foothills of the Himalayas whose 600,000 inhabitants have contributed to making this the first organic state in the world through sustainable cultivation, continuous water care and rejection of plastic (already in 1997, it was the first Indian state to ban bags of this material). An exemplary vision that does not go with little girls. In fact, the use of pesticides itself is punishable by imprisonment in this state. 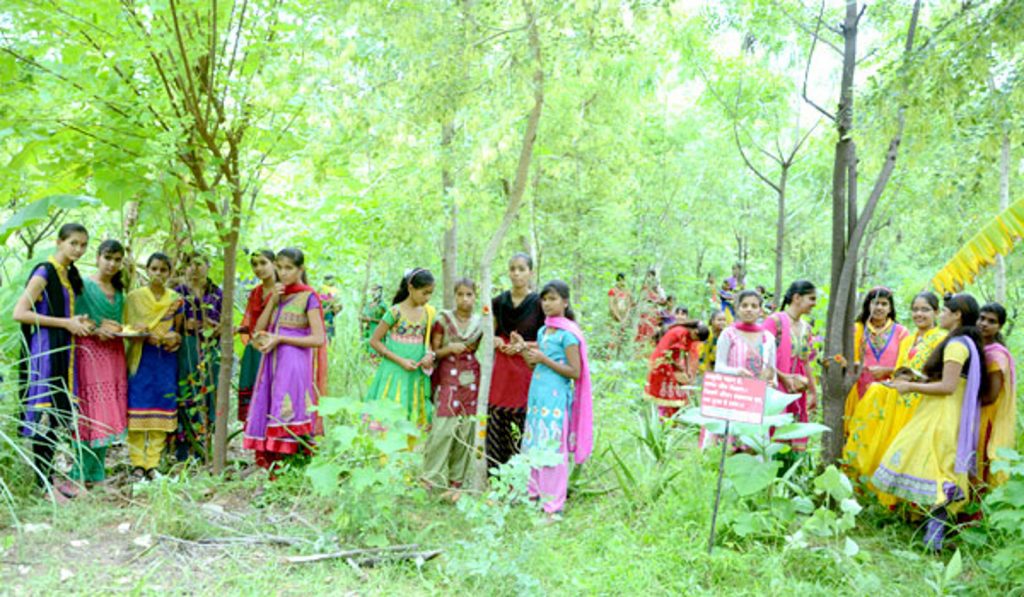 Being born a girl in India is not an easy task, especially when many of them are handed over to a husband through the so-called dowry. Unfair traditions that in the town of Piplantri, in Rajasthan, acquire a different meaning. In fact, for every new girl born in this town, up to 111 trees are planted that pay homage to the importance of the female legacy in each corner of India. 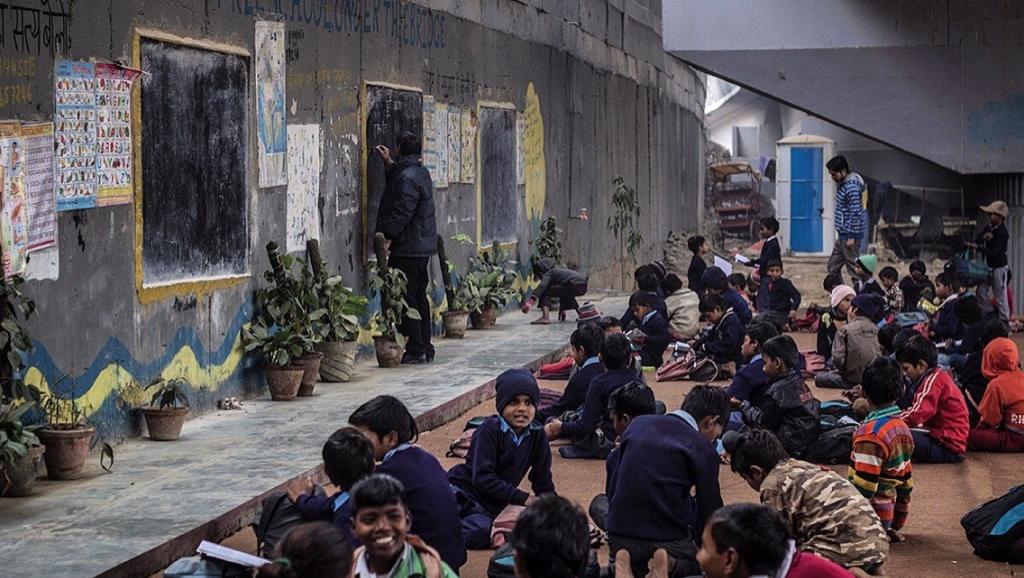 The Center for Science and Environment (CSE) of India almost a decade ago included a green school program focused on raising students’ awareness about climate change and reducing environmental impact. A success that has gone from 1,400 schools attached to the program in 2015 to more than 6,000 in 2019. At the same time, the importance of facing climate change is present in different social and educational levels, as is the example of Free School Under the Bridge , a school that, as the name implies, is located under a Delhi highway in which Professor Laxmi Chandra illustrates his students on aspects such as ecology in India, the ozone layer or the chemical composition of the sun.

The most vegetarian country 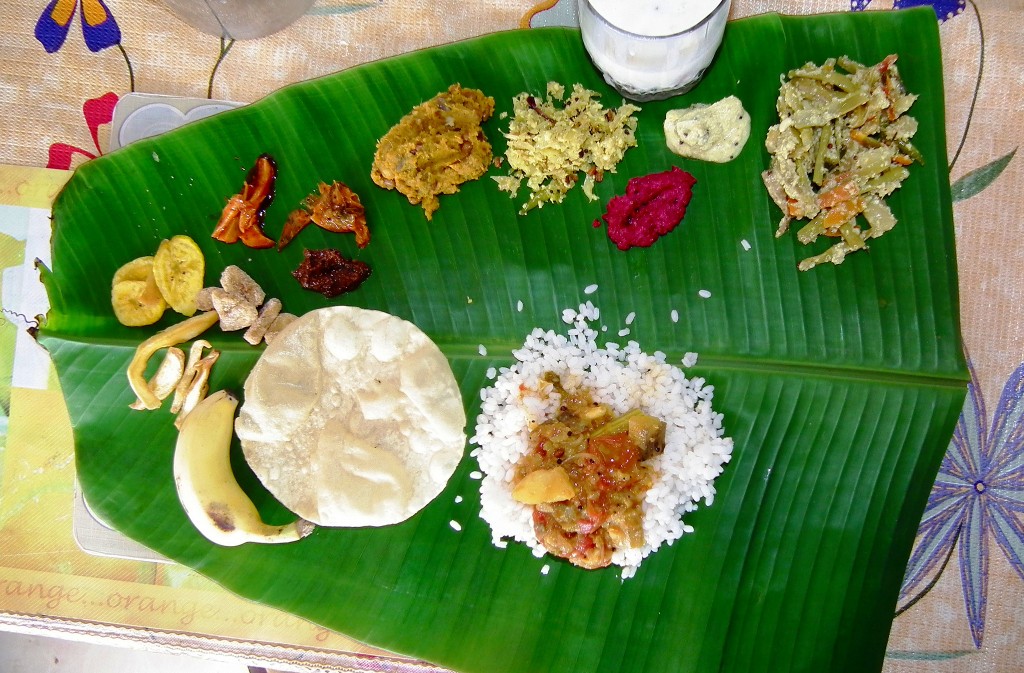 Although a few years ago it was confirmed that cattle, in fact, could not contaminate more than the emission of cars, there is no doubt that choosing healthy foods is a good way to bet on change. With a 31% vegetarian population and more than 375 million vegetarian (or Lactovegetarian) diners , India continues to be the country with the lowest meat consumption rate in the world , especially in the states of Pune and Rajasthan. One more example that confirms the Indian reference when adopting new (and healthy) habits. 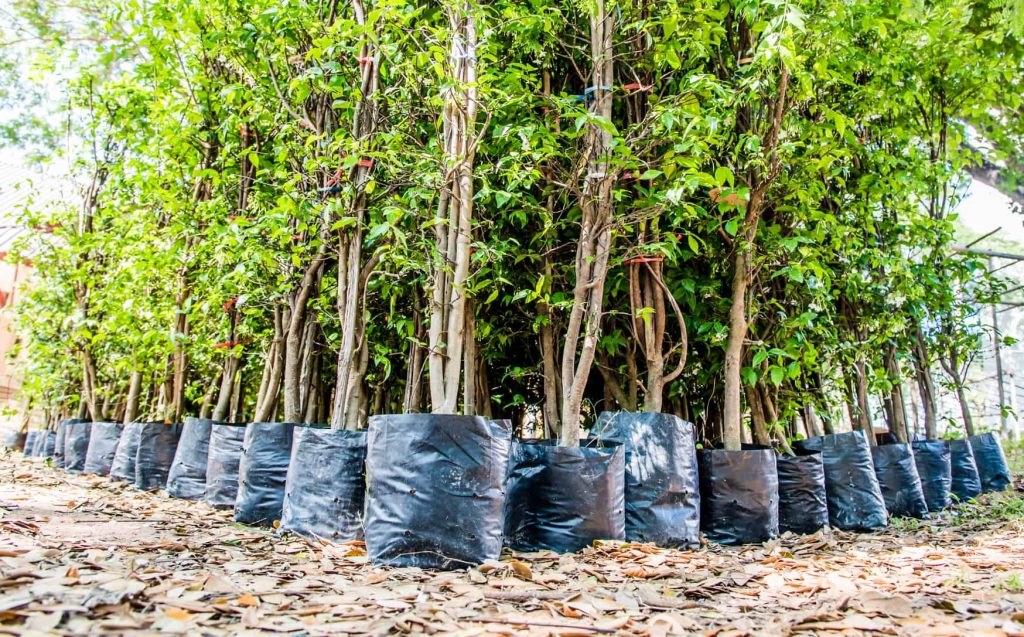 Some of the trees planted during the initiative. © Power of Positivity

In the Guinness Book of Records there are many achievements, but if we take a look at those of an ecological nature, we will check one in particular that never ceases to amaze us: the planting of 5 million trees planted in a single day in the state of Uttar Pradesh , in India. More than 800,000 volunteers participated in this initiative that included up to 80 different tree species in both more rugged areas and on highways and cities.

Reasons for Hiking and Trekking in India