Aerial photographs have become the last cry for artists and social networks that redefine the charm of the Taj Majal or the ghats of Varanasi through these photographs of India from the drone. 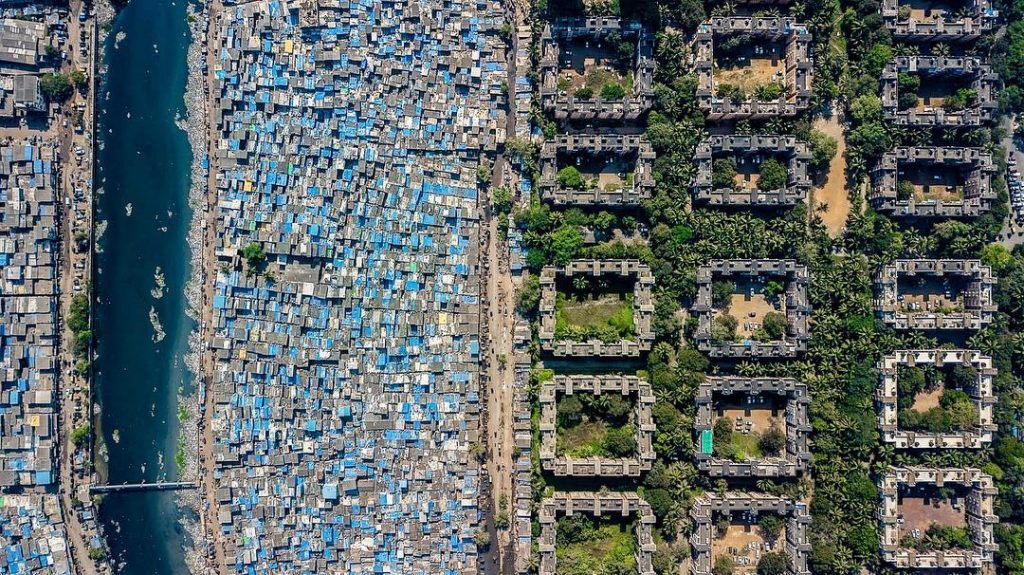 Slum next to a residential neighborhood in Mumbai. @johnnymiller.

From the air and in drone view , the world looks like a different one. Nature is more exuberant, the most majestic temples and colors seem to combine more easily by giving horseback scenes between surrealism and reality. Nuances that seize an Indian giant immortalized by various  photographers through drones that, despite the many restrictions of the Indian government regarding this type of artifacts, have become our best magic carpets when it comes to appreciating India from A different perspective . Only. 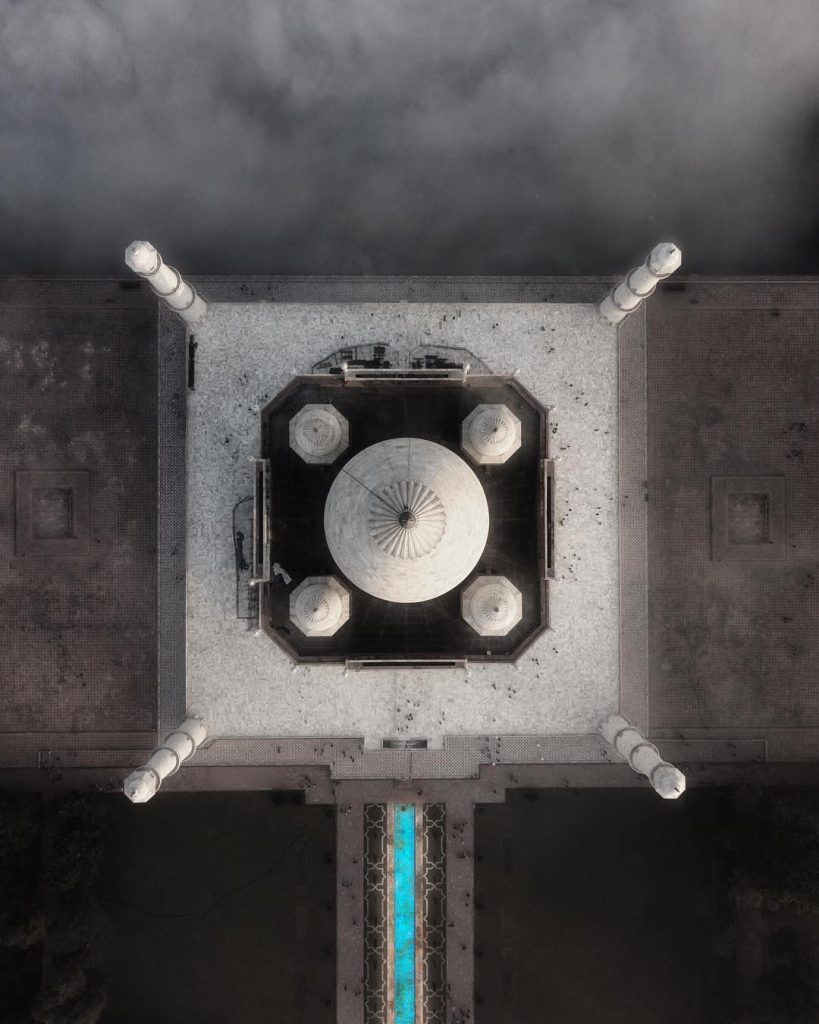 The Taj Mahal, seen from the air by @mvernicos

The Taj Mahal , located in the city of Agra , continues to be the great icon to which India and the world surrender. A spectacle of onions and minarets overlooking the Yamuna River born of the desire of Prince Sha Jahan to pay tribute to his late wife Mumtaz Mahal in 1632 , year in which he ordered the construction of the most beautiful mausoleum of the beautiful. 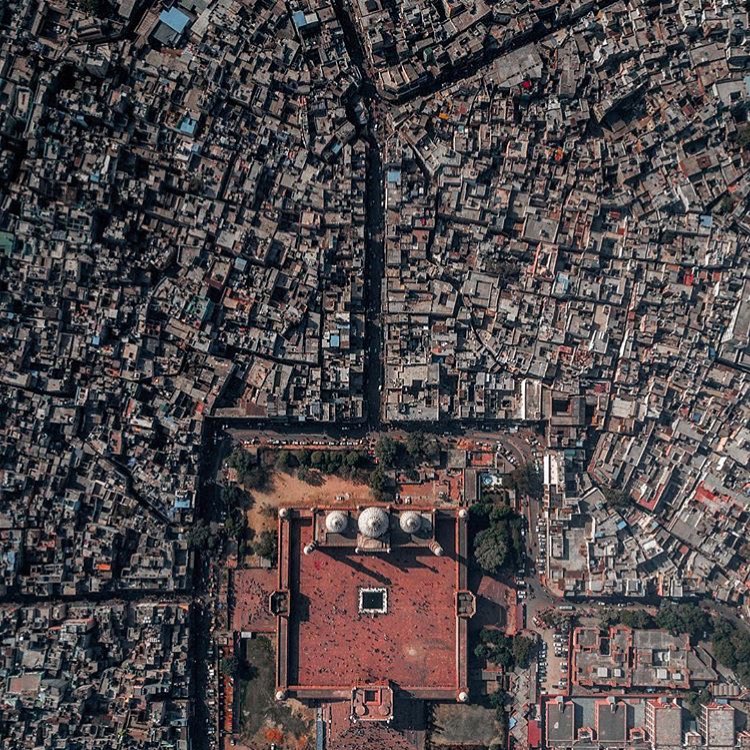 The Jama Masjid mosque seen from the air by @aeromapsindia

Turned into the perfect entrance to India and angular jewel of a Golden Triangle ideal to start in this country, the city of Delhi awakens the visitor in the form of huge markets and monuments such as Jama Masjid , the largest mosque in India (top photo) or The Lotus Temple , epicenter of the Baha’i religion in India  that simulates the most important flower of Indian culture in the middle of a hot city, full of spiritual and ceremonial lungs. 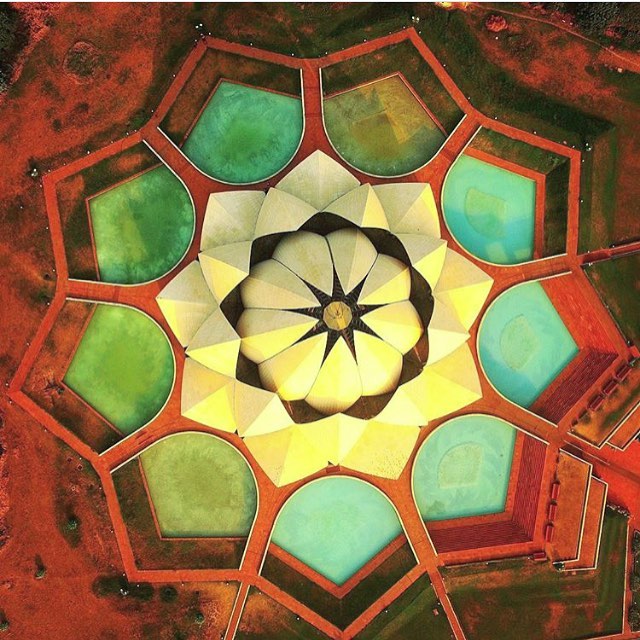 Lotus Temple from the air. @Aerialindians 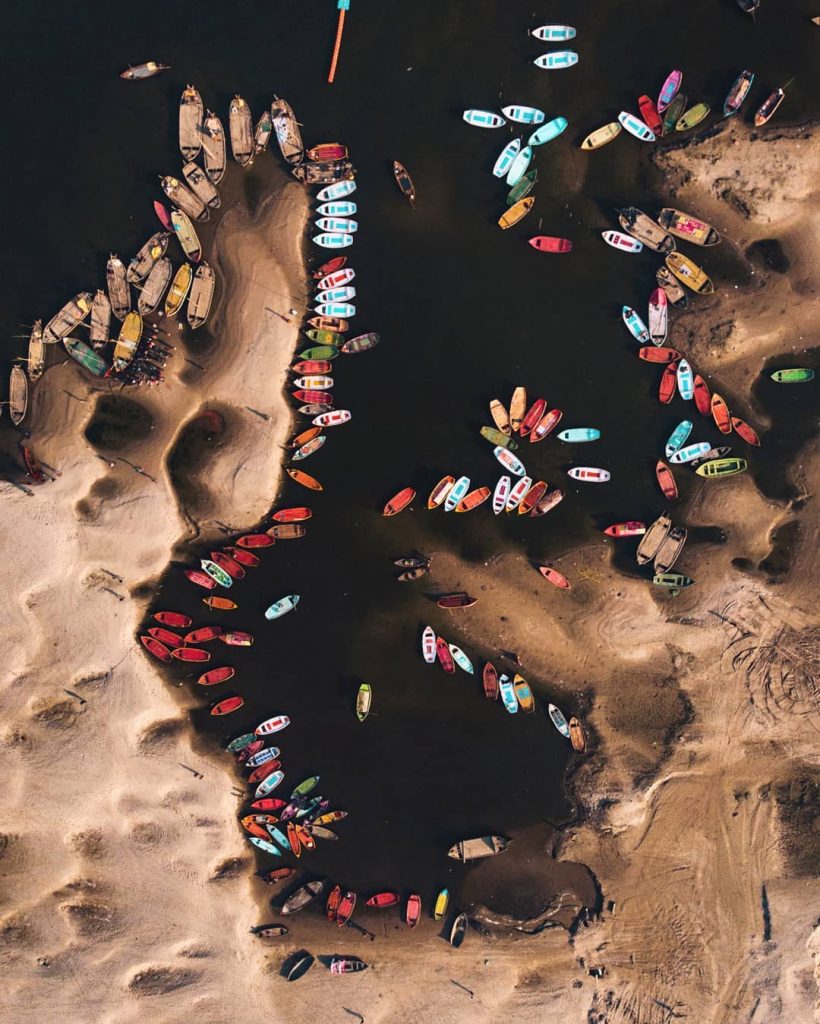 Colored boats in Allahabad by @meinbhiphotographer

Kumbh Mela is a celebration that takes place four times every 12 years in the different four holy cities of India, being Allahabad the one chosen for 2019. The one known as the world’s largest pilgrimage travels through India until it reaches a city caressed by the river Ganges and others two rivers that make up the Sangam , the sacred trinity of the Hindus. 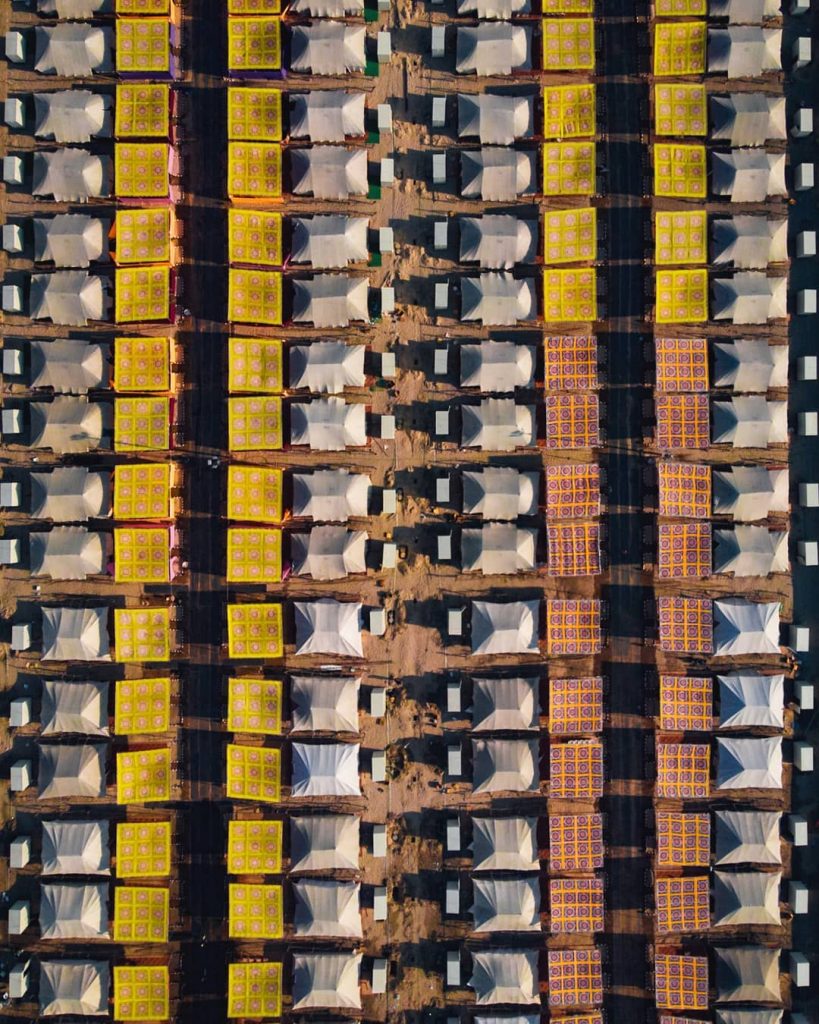 Kumbh Mela camp in Allahabad seen from a drone by @meinbhiphotographer

Spiritual baths that in these photographs remind us of the other faces of Kumbh Mela: from the colorful boats in a calm Sangam before the arrival of the visitors to a lower photograph that rescues the dimensions of a camp to overflow. 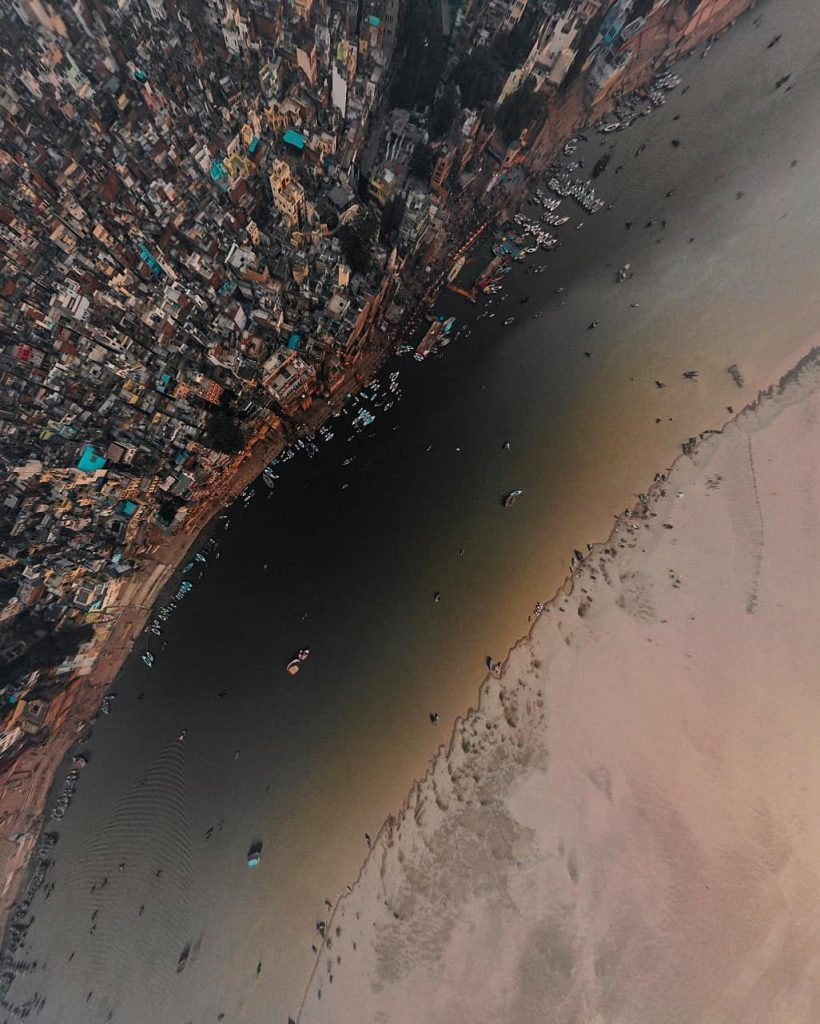 The city of Varanasi , also known as Benares , evokes that spiritual India that we came to look for in the form of colored houses, crematoriums and men and women who arrive at a Ganges river that is accessed through its famous ghats . A land between life and death, spirits and the living, fantasy and reality that stands out for its colors and aromas … For its ability to reinvent the western concept of death and give pictures of a mystical charm. 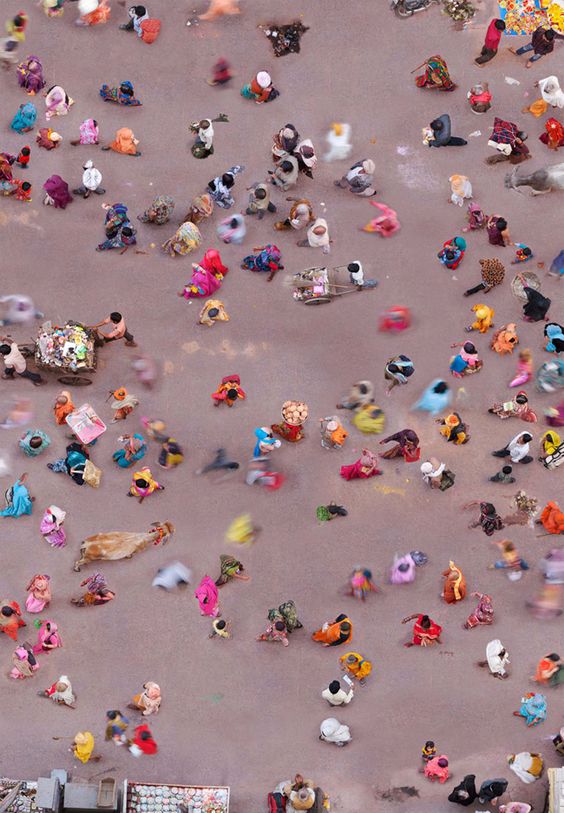 Pilgrims walking on a street in Varanasi. 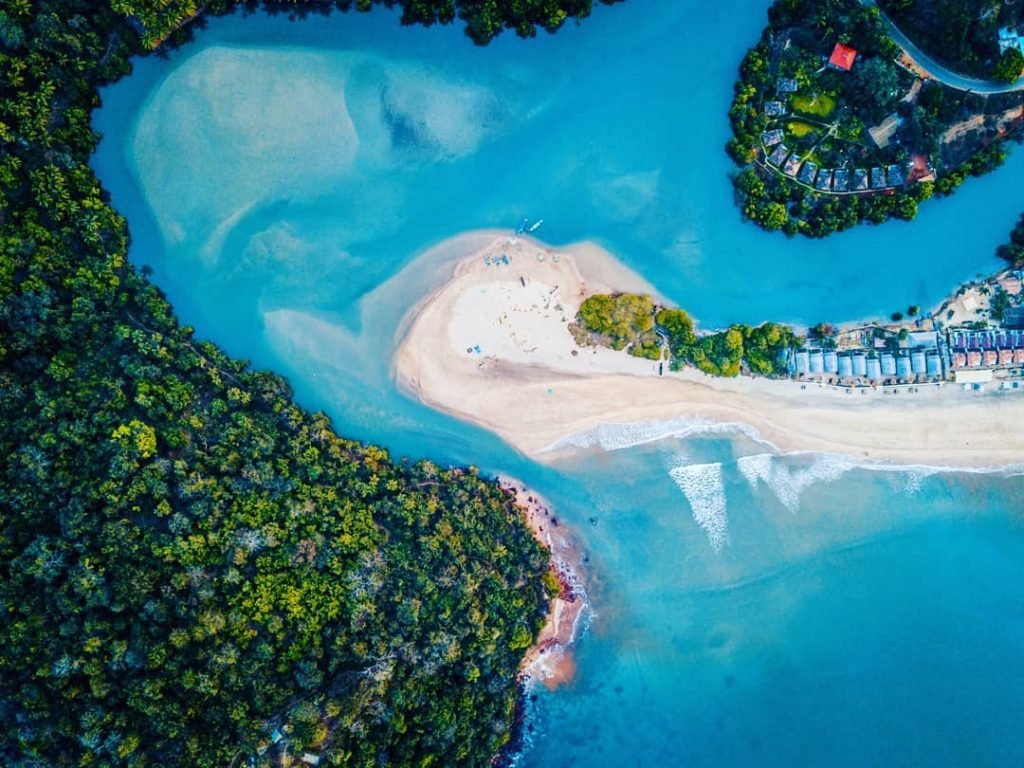 The smallest state in India is called Goa and is located on the western coast wrapped between palm trees and old Portuguese hermitages. Enclave of some Europeans who arrived in the contours of India more than five hundred years ago, Goa is confirmed as a fascinating state to go in search of freedom, color and relaxation to which beaches like Anjuna or Palolem invite , take refuge in their ashrams and hotels of luxury or visit the remains of a history rich in nuances. 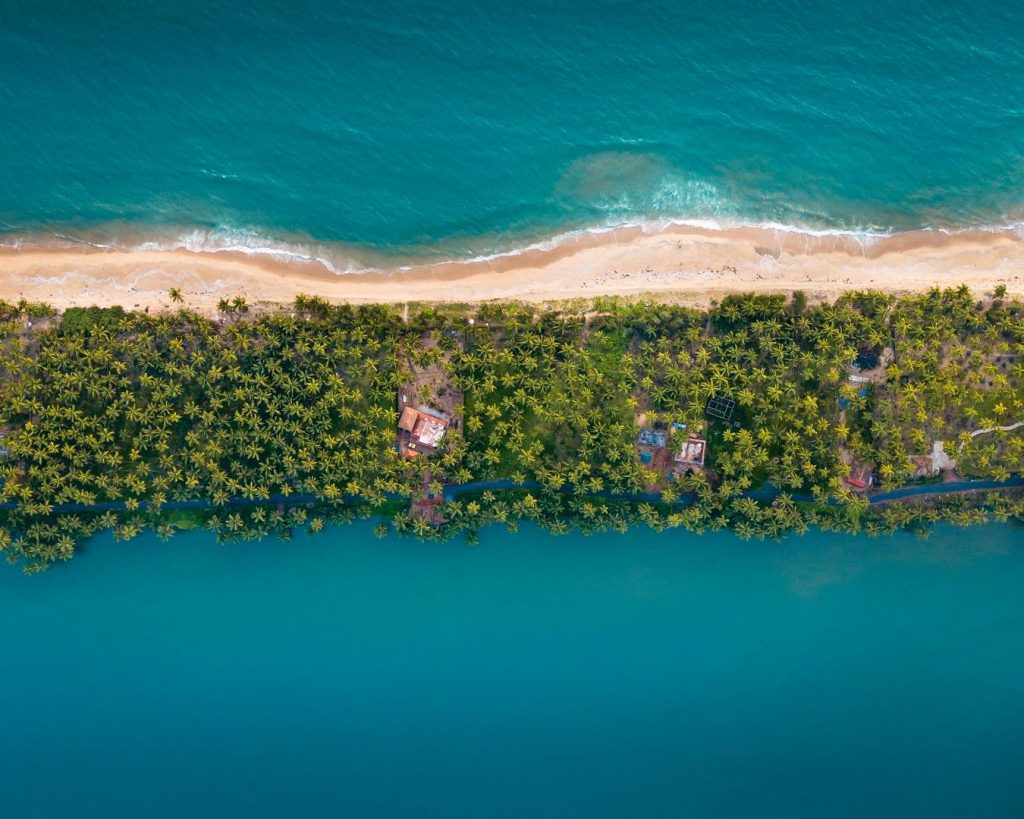 Kerala, between the Indian and the backwaters, photographed from the drone of @aeyaz

Considered a floating paradise, the state of Kerala is located in South India and is known by locals as “Land of God.” Up to 2,000 kilometers of canals, lakes and rivers embrace thousands of palm trees under which a world is born where cars and motorcycles are discarded in pursuit of the kettuvalam (better known as houseboats ),  ancient rice ships converted into fascinating ship-hotels. 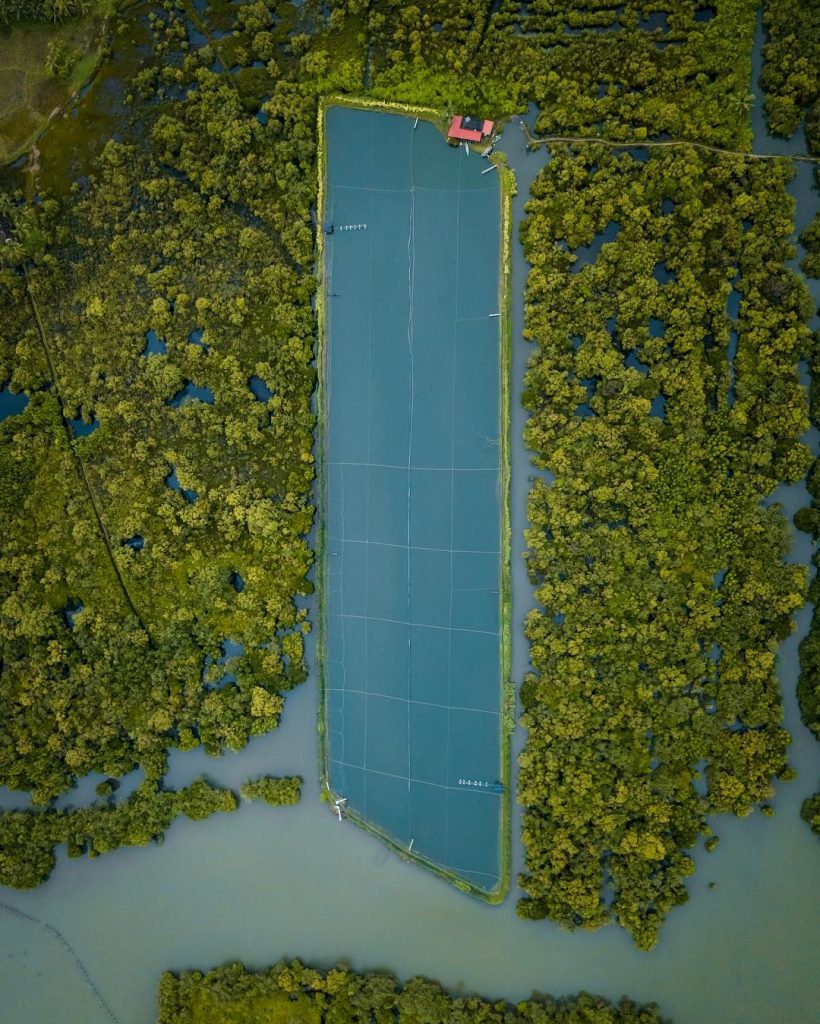 Shrimp farm in Kerala by @aeyaz

If these impressive snapshots were not enough, delight yourself with this tour flying over India:

Although we warn you that, with your feet on Earth, it is even more fascinating.

Would you like to land in these places during your trip to India ?

Woman alone in India, is it dangerous?

Read More
Woman alone in India, is it dangerous?
Submit a Comment