In India, an intricate caste system still exists today , an unparalleled number of languages , myths , legends , religions , beliefs, gods. And about karma and reincarnations that no one understands or retains. Karma example: For the people of New Delhi the act is to buy a car; Karma, the traffic jam. Let’s see Lalit, are you messing around? 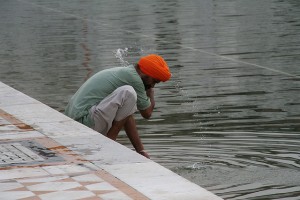 All of India oozes spirituality, almost everything is sacred. Religions or beliefs “for all tastes” with absurd rites (in one, their followers never cut their hair , in another their monks or priests tear their hair with their own hands ).

Lalit who is a brahmin , the upper caste, told us that as a child, at his grandmother’s house, he once gave him an outcast girl to drink . Grandma hit her because she had to throw away the glass the girl had used. He like other Hindus is very critical of some aspects of his own and other creeds. Unimaginable in other religions such as the Muslim, with which they live. Hindus in general do not have a good opinion about Muslims – one hundred and forty million. Sometimes Lalit didn’t understand why we liked to photograph them. Actually it is difficult for a Westerner to distinguish them. 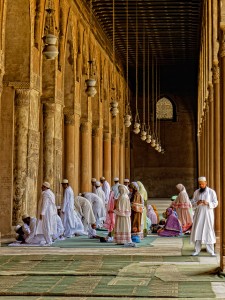 Especially women, because they go with colorful saris and because they are delighted to be photographed before the complete acquiescence and pride of their husbands, who for nothing have to ask permission. Muslims, who saw thousands on the trip, dress much more colorful and better than Muslims in Arab countries.

In the presence of the countless religious processions that are seen throughout India – the men in front, the women behind, the tractor with the image of the god or saint closing the procession and emitting a very loud music – Lalit said mockingly: «women Indians go to the disco ». 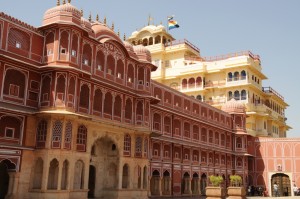 Isn’t it less surprising that there are still monarchies in India , without political power, but that they still own their palaces? When you pay the entrance to one of them, it goes directly to the coffers of the royal family who is responsible for maintenance and staff costs. The king of Jaipur was seventeen years old at the time of writing this chronicle.

Millions of cows live with millions of undernourished people. What beliefs come together to consider inadmissible crime to sacrifice cows to feed the millions of poor? “The cow is our mother, how are you going to eat your mother?”

Order in an Indian restaurant: what do I choose?

Read More
Order in an Indian restaurant: what do I choose?