Do you want to witness one of the most legendary millenary arts of the East? Come to India and discover the Kalarippayatu, considered the oldest of the martial arts and whose nerve center is Kerala. Much more than an organized fighting system in techniques, the martial arts in India are quite a spectacle. 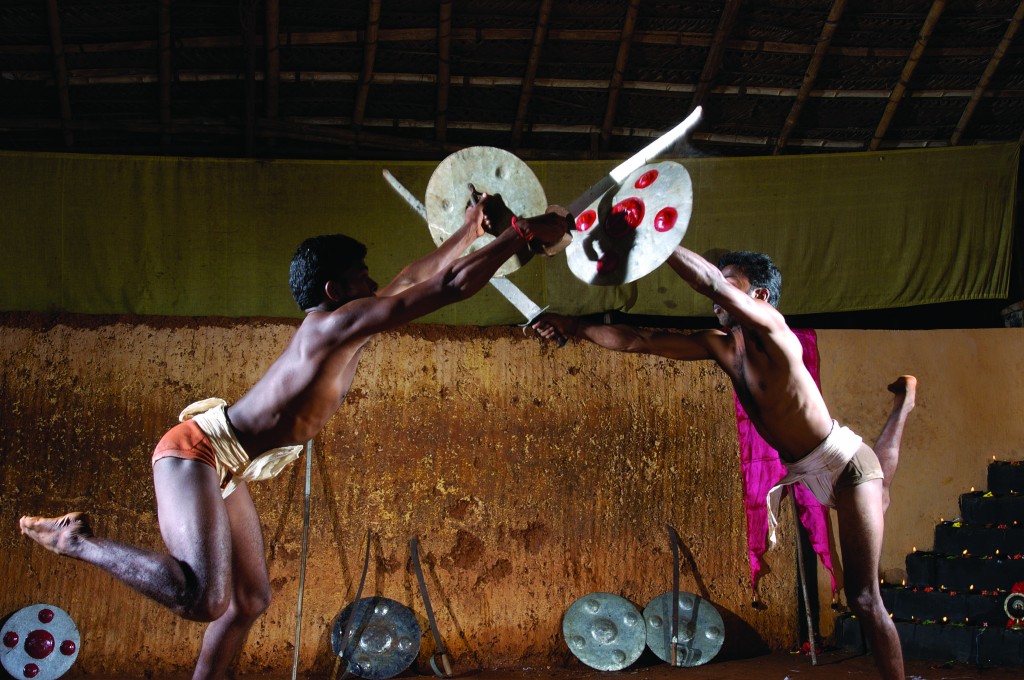 The Indians affirm that what is not in the Mahabharata is not in the world. And it is in this epic written over a millennium, in which the importance of the struggle becomes clear. Because in spite of considering China or Japan as the centers and main exporters of martial arts, it is the Indian subcontinent in which it seems that some of the earliest manifestations of the struggles emerged, which then saved and took away lives, and that now They have maintained as cultural manifestations, as is the case of the Kalarippayat, in the southwest of the country.

Based on the combat code of the Tamil dynasties (who perfected this technique during the first millennium due to their constant confrontations to try to dominate the territory), and inspired by the majestic forms of attack of animals such as the tiger, the lion, the serpent or the elephant , the fight translates into 400 keys, many of them acrobatic in which the warrior seems to fly. 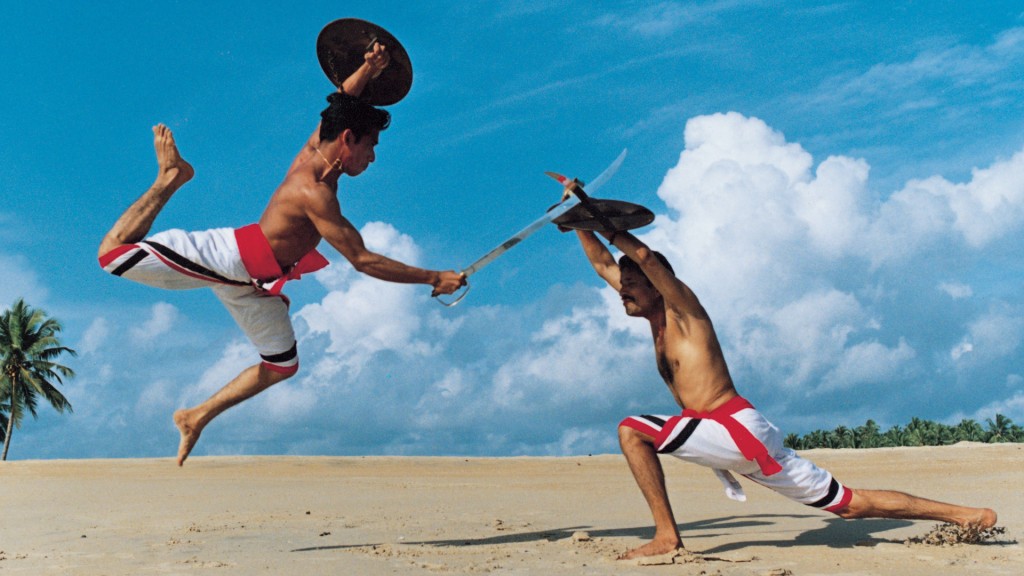 In this discipline that, between the thirteenth and sixteenth centuries, was compulsory in the formation of all males over seven years of age , the physical part is combined with the mental and spiritual. For this, the fighter must work his flexibility, his musculature (massages are decisive for this purpose) and the coordination in the handling of weapons such as the shield with the dagger or the saber, until considering them as an extension of the own body. They must also know perfectly the human body, to determine where to give the blows and the consequences of them. 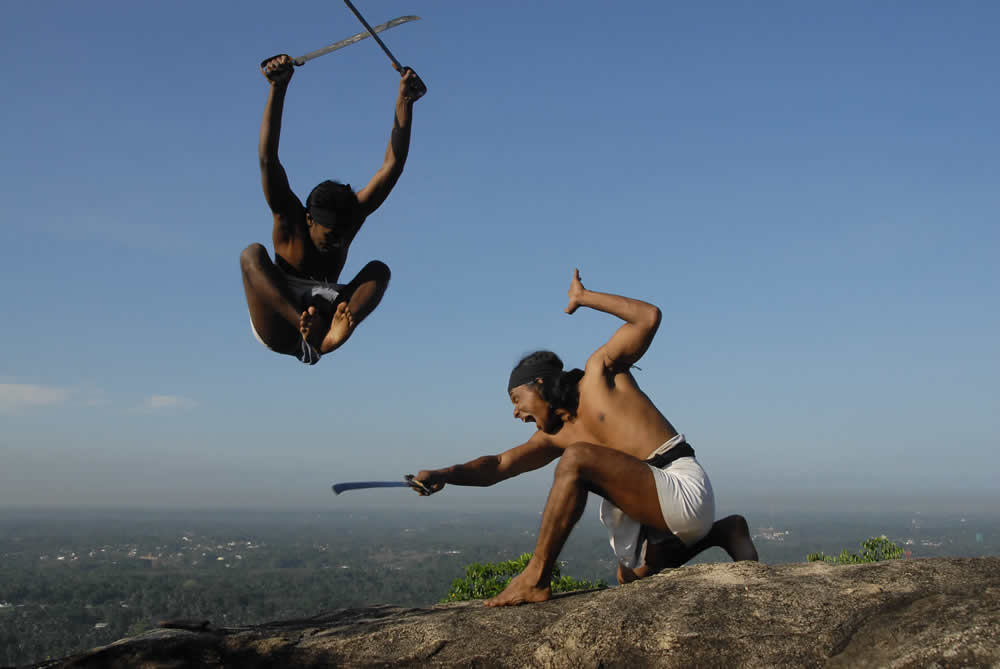 The British government, faced with the fear of uprisings, thoroughly controlled the use of weapons and tried to eliminate this art completely, which had to be kept in hiding. However, after the advent of free India, and thanks to the efforts of the teachers who continued to teach it, it persisted integrated into the culture of the south , although its meaning was transformed, from being a mortal combat to a form of self-expression in dance, theater (Kathakali and Theyyam), or, even, to be part of choreographies of films.

Contemplating in action the fighters in their battlefield, the kalari, is one of the many enjoyments that the Kerala region offers . The ritual begins with the entrance, always in the east of space, of the two combatants, both with bare feet and torso. Once inside the kalari, and in the presence of the seven steps that symbolize the qualities that all of them must have (strength, patience, power of command, posture, formation, expression and sound) … begins the show!

Travel to Jaisalmer, the doors to the desert

Read More
Travel to Jaisalmer, the doors to the desert

The best hotel in the world is in India