The Gheranda Samhita is a manual of Hatha Yoga seventeenth century consisting of 351 stanzas divided into seven chapters.
Together with the  Yoga Sutras of Patanjali and the  Hatha Yoga Pradipika, it forms an essential trilogy for yoga scholars. The techniques he exposes are the basis of many contemporary yoga practices . 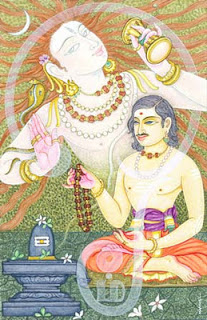 On one occasion Chanda Kapali went to Gheranda’s cabin and greeted him with reverence and devotion.

“Oh, Yoga Master! Oh you, the best of all Yogis! Oh Lord! I want to learn the discipline of Hatha Yoga that leads to the knowledge of the truth (tattva-jñāna). ”

Master Gheranda replied: “You certainly ask for it correctly.I will show you what you want to know. Listen carefully”.

“There are no chains like those of illusion (māyā). There is no force like that which comes from discipline (yoga). There is no friend higher than knowledge (jñāna). And there is no enemy greater than the feeling of individuality (ahamkāra). ”

“Learning the alphabet, with practice, you can master all the sciences; likewise, through the first domain of Hatha Yoga the knowledge of the truth that frees the soul from slavery is acquired in the end ”.

“According to the acts, good or bad, the bodies of all living beings are produced, and the bodies give rise to the actions (the karma that leads to rebirth). In this way, the cycle is repeated as the continuous spin of the wheel of a water mill. ”

“Just as the wheel of a mill goes up and down when you draw water from the well moved by the pistons (filling and emptying the buckets again and again), so the soul (jīvātman) passes through life and death moved by its actions (karma). “

“But the body degenerates soon in this world, like a vessel of fresh mud submerged in water.Strengthen it with the fire of training (Ghaṭasthā Yoga) that invigorates and purifies the body. ”

The path of the seven steps.

Gheranda Samhita teaches a seven-step discipline (called saptasadhana ) and describes no less than thirty-two postures (asanas) and twenty-five “seals” ( mudras ). The most original part of this work is the extensive treatment of purification techniques (sodhana).

The seven steps of this psychophysiological training are as follows: 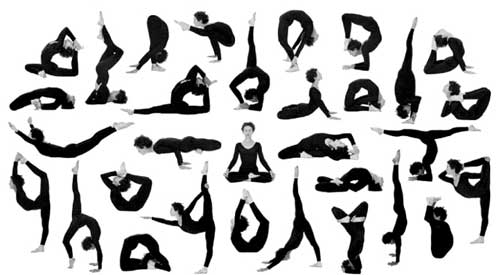