Indian cuisine is so diverse that it is said to vary every 30 kilometers. So with Indian breads that accompany all types of meals from Indian breakfast to tapas to India . We present a small introduction so you do not go crazy in front of the menu of the restaurant.

The CHAPATI is the king of the Indian tables. It is made with a dough of whole wheat flour ( atta ) and water and cooked in the pan ( tawa ). It is also called roti and with this denomination it has a wide diversity. In Rajasthan, be sure to try the misi roti , which mixes wheat and chickpea flour with a selection of spices. Also, the Muslim restaurants offer the delicious tandori roti and romali roti. 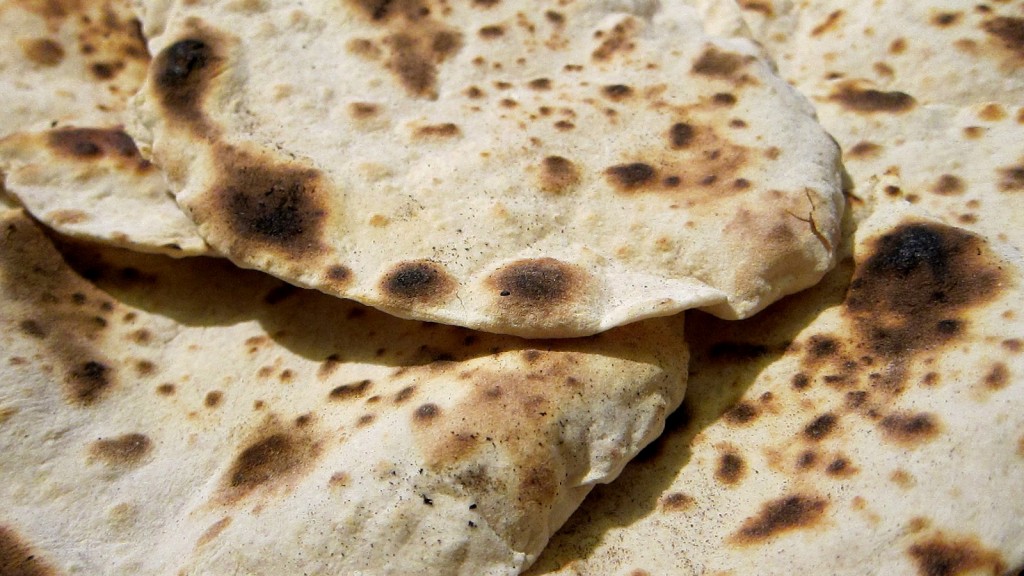 The DOSA represents a Copernican turn. It has nothing to do with traditional breads, since its preparation is based on rice and fermented lentils. With it, crepes are made and then stuffed with vegetables. It is one of the basic dishes of South India, where wheat is not so present in the diet.

The UTTAPAM , like the dosa, is prepared in the south based on a mass of rice and fermented lentils. The result is a kind of spongy texture pizza. 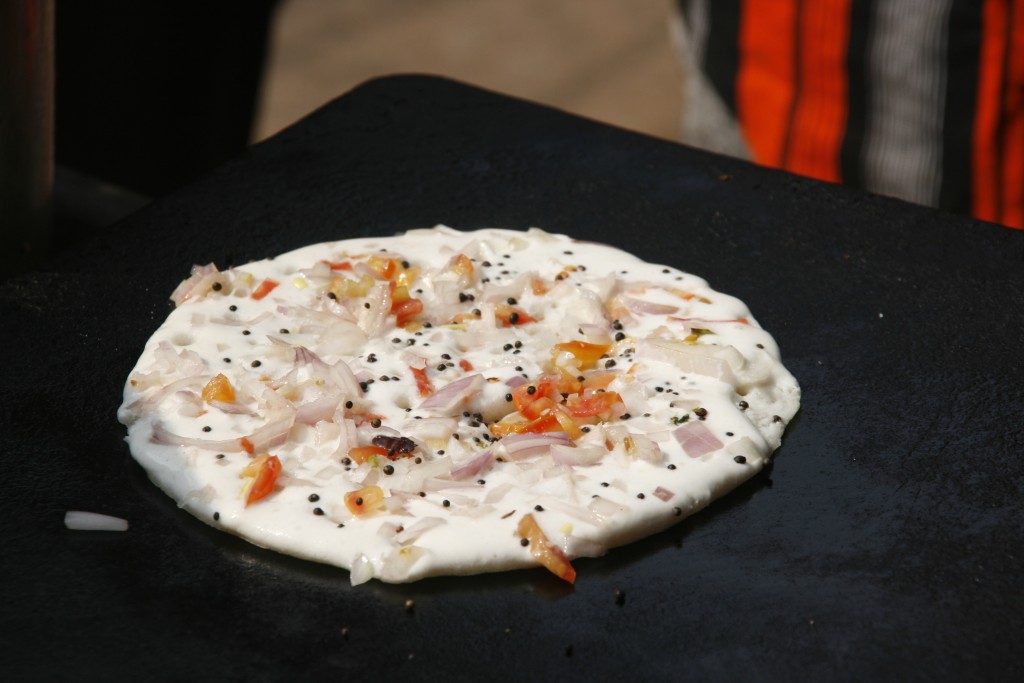 In Punjab, you must try the KULCHA . This bread of refined flour, rests for the levados to act and is baked in the tandori. It is usually accompanied by chole, a recipe for spicy chickpeas.

Also kneaded with white flour ( maida ), the NAAN is cooked in the tandori and can carry garlic, butter or cheese. Its flavor is both exotic and familiar, so it is usually the traveler’s favorite. 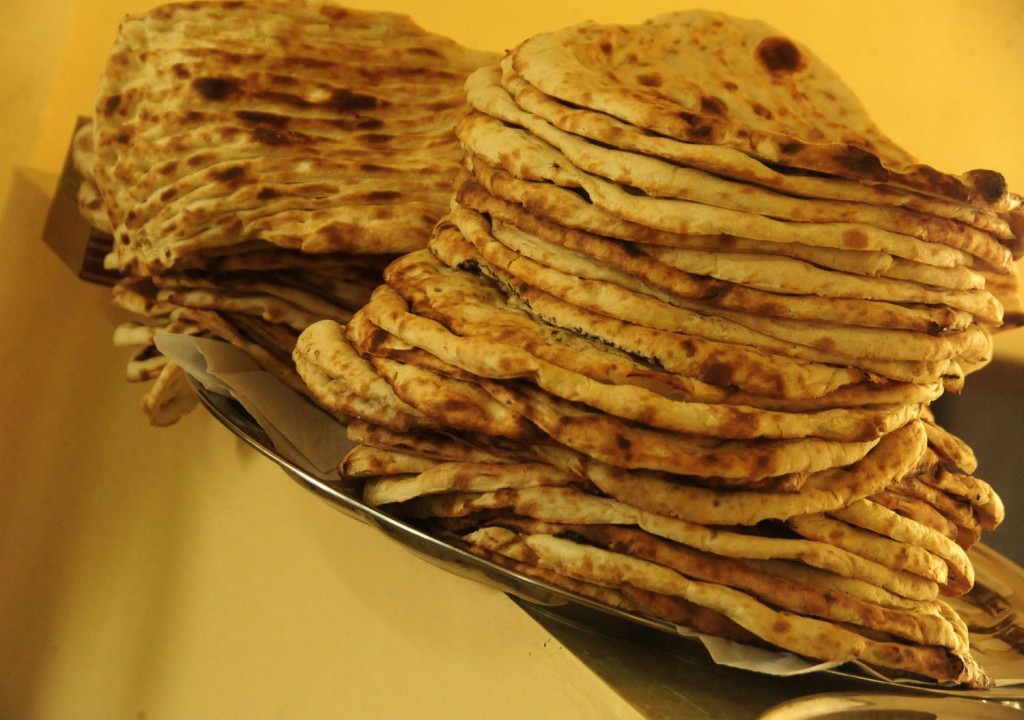 The Portuguese heritage has remained in the PAO , a slightly sweet bun that is served with a vegetable stew. It is a typical dish of Mumbai and is everywhere as an Indian snack to snack between meals.

Swollen fried bread from South India or PURI is taken as breakfast and to snack between meals. The unleavened flour dough is fried until it swells slightly. It is a tasty bread that accompanies the vegetable curries of the morning. 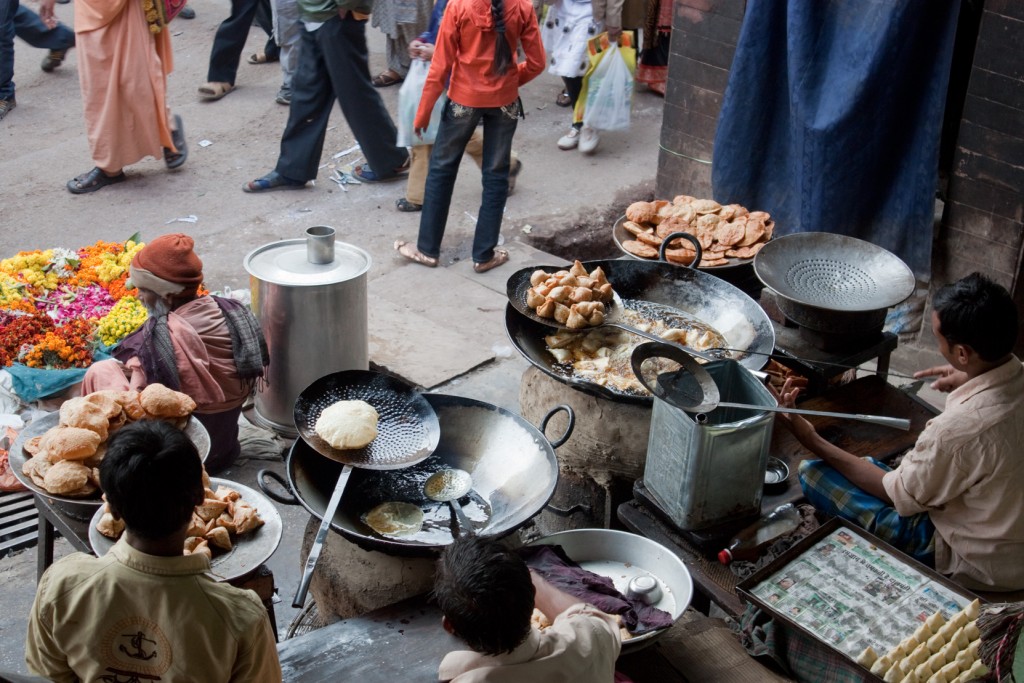 Breakfast par excellence, the PARANTHA is a wholemeal bread that includes clarified butter ( ghee) in the dough and can be filled with all kinds of vegetables. The potato parantha is the most common at breakfast, served with natural yogurt, but there are varieties with onion, turnip, cauliflower … In Old Delhi there is an alley dedicated exclusively to this stuffed bread: the Wali Gali Paranthe.

Gardens of Queen Sisodia in Jaipur

Driving in India: Car with or without a driver?

Read More
Driving in India: Car with or without a driver?
Submit a Comment