India is one of the leading producers of spices in the world with 3.2 million tons per year. The 52 spices cataloged by your government suppose a great tourist claim for yourselves . 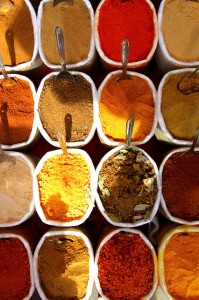 The production of spices is one of the economic engines of India, with a value of more than 4 trillion dollars in the market. They are data from the Spices Board India , the government commission in charge of supervising and analyzing everything related to these products.

Beyond the data, overwhelming, in India has developed an authentic tourist circuit around spices, their striking colors, their aromas … Spices are part of the Indian idiosyncrasy and have a major importance in the country’s cuisine .

The project of the Route of the Spices

Last November, UNESCO approved its support for the tourist project of the Route of Spices, promoted by the state of Kerala . The objective is to revive the legendary commercial route opened more than 2000 years ago. The project also has the support of the World Tourism Organization and 31 countries through which the historic spice route was developed, among which are China, South Korea, Japan, Singapore, Oman, Brazil, Russia, Sri Lanka, Bangladesh, Kazakhstan and Turkey.

The Cardamom plantations of Kerala

Cardamom is considered “the queen of spices” due to its pleasant aroma and flavor. In the fiscal year 2011-2012, its export reached 4,650 tons, historical record for this spice in India. One of the best regions to visit the cardamom plantations is Kerala, in the south of the country, where the Cardamom Hills are erected . Specifically, in the districts of Munnar and Idukki in the city of Kumily there is a plantation, close to the famous Thekkady Wildlife Sanctuary. It is also possible to visit the cardamom auction center, where the main merchants of the country go. 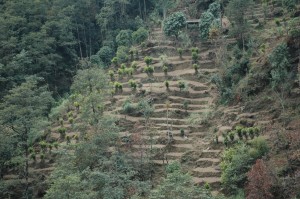 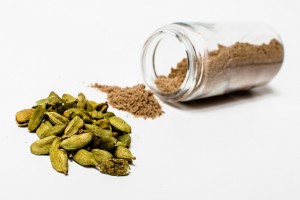 If you prefer to have a global view of the importance of spices for India, a good place is the Hacienda de Especias de Sahakari , located in Curti, a city belonging to the state of Goa. This particular ‘farm’ of spices is located in the heart of a lush green area, and has 52 hectares dedicated to the cultivation of spices and medicinal herbs such as vanilla, cinnamon, nutmeg, cardamom, pepper or turmeric. , among others. The processes that are used in Sahakari are also completely organic, discarding the chemical products. 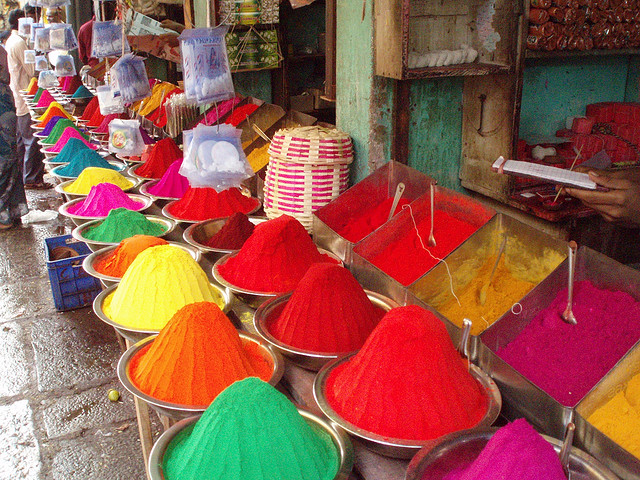 Another of the famous uses of Indian spices is as a natural dye to dye all kinds of clothing. To check it in situ, you can move to the desert state of Rajasthan, in northwestern India. Specifically, in the cities of Sanganer and Bagru you can attend live demonstrations of block printing with vegetable inks, a technique used to color furniture, ornaments, fabrics, garments … For example, master craftsmen use the shell of pomegranate , blonde and turmeric to obtain the colors red, yellow and indigo.