They look fluffy like cream cupcakes but they measure several meters and extend across a generous terrain. They are the domes that crown the more than 250 cenotaphs of the Marajas of Mewar that are remembered in Ahar, about two kilometers from Udaipur in an east direction. 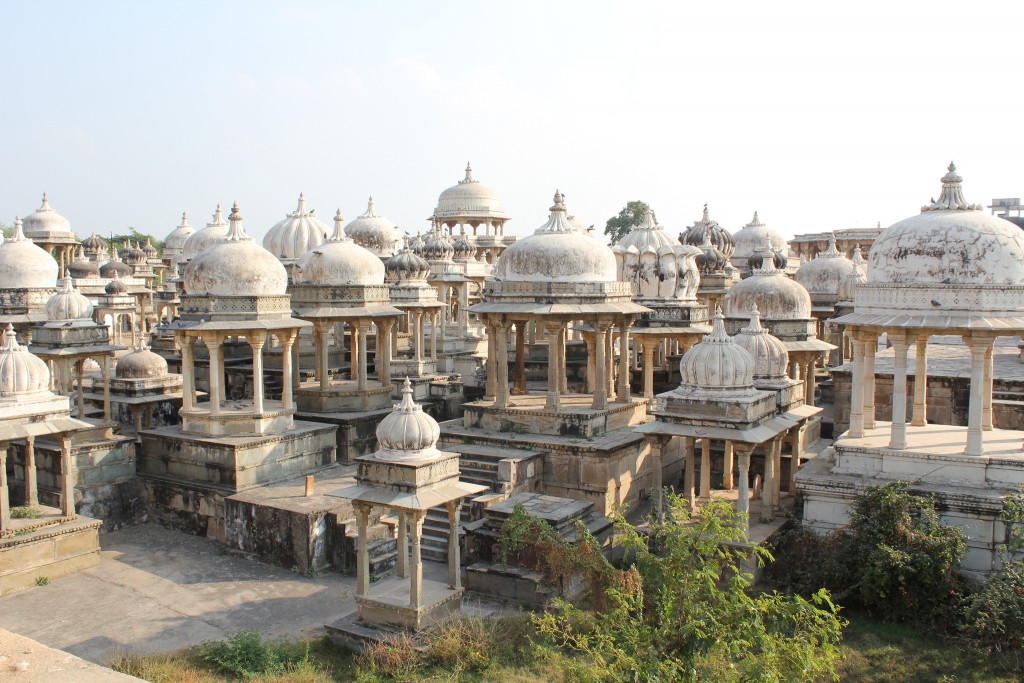 Perhaps a small explanation is appropriate: a cenotaph is a funerary monument built to remember a deceased, but its mortal remains do not rest inside , as it happens with the mausoleums, for example. The cenotaphs of Ahar, in fact, could pass perfectly through mausoleums, until we learned the story: the place where they now stand was the same where the bodies of 19 marajas of the kingdom of Mewar were cremated. They are reminded, therefore, with these chhatri-shaped structures, so widespread in India.

The walls of this necropolis rise in a place away from the most popular tourist circuit in Udaipur . This is Ahar, an area that lies between the tourist center and the university of the city, very close to one of the small rivers that cross the city, the Ayad, and that collects the surplus waters of the famous Pichola and Fateh lakes Sagar , cradle of the islands and the most visited monuments in the city . Following the riverbed from them we will arrive at this small calm treasure in which we are likely to be alone, because it does not even have the attention of the rest of the attractions of Udaipur. 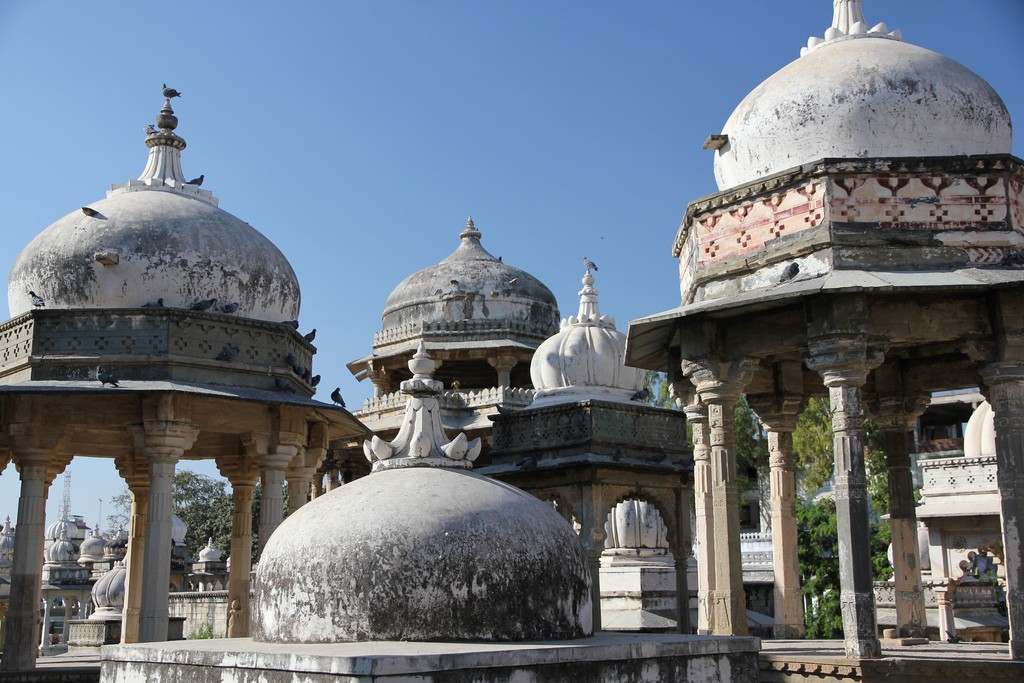 There is an obvious uniformity between the cenotaphs. All are presented. Many, especially the larger ones, can be reached by climbing a dozen or several white, black or gray steps, depending on the luck they ran. And above are the walls that support the aforementioned domes, which create polygonal figures of tranquility and whose number depends on how large the dome to be erected, reaching fifty-six of the most important.

It is true that the cenotaphs of Ahar are far from enigmatic cemeteries of French inspiration or those that are nothing more than sumptuous struggles among the living. The growth of Udaipur has engulfed it among its buildings, but a walk between these graves of the former wealthy society of the Mewar relaxes more than informs . They were built over three centuries, although they have been restored in recent times. The informative posters shine by their absence beyond the most important tombs, so it is convenient to have an alternative source of information. as an accompanying guide in Spanish . 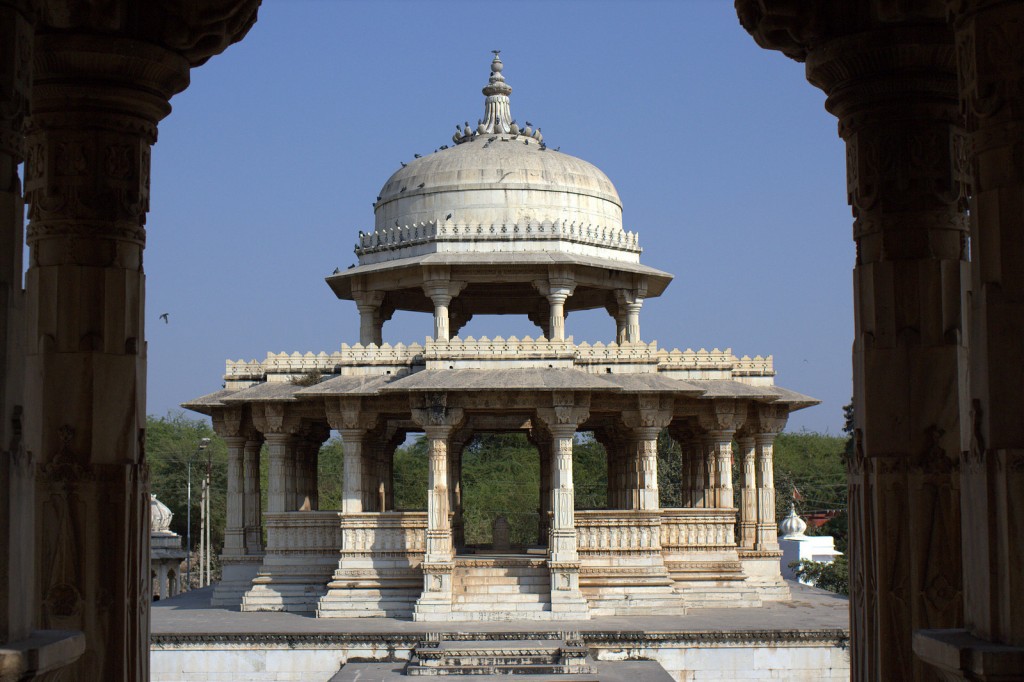 Next, however, there is a museum that aims to preserve and show, perhaps with many shortcomings, the remains found from the ancient capital of the Sisodia dynasty , which is known to have developed in the surrounding area. The antiquity of the ceramics exhibited there allows us to reflect on the volatility of everything our ancestors got.

Read More
Visit Delhi: discover the door of India and its history