The most Instagrammable places in India

The most Instagrammable places in India

In a time when Instagram has completely transformed the way to meet new destinations and travel, these most instagramable places in India become the best excuse to peek into the country of palaces and colors to squeeze its full potential through your goal 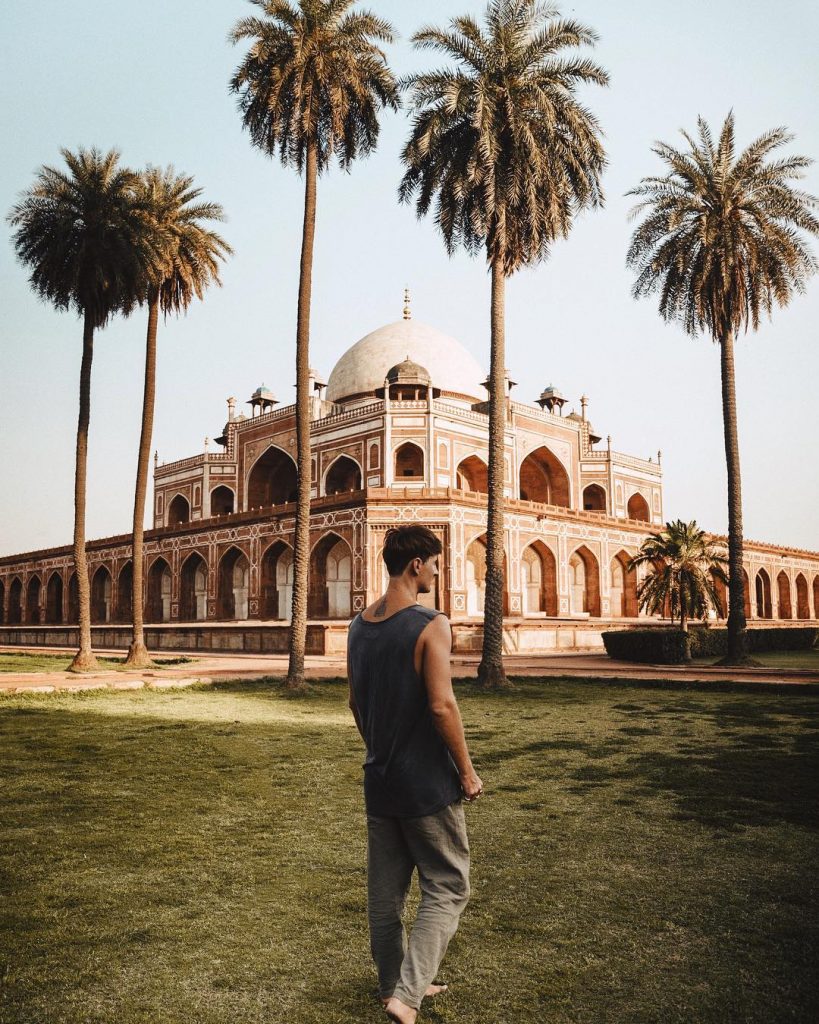 The exoticism of Humayun’s Tomb. @doyoutravel

Considered as a precursor to the Taj Mahal and its “garden-grave” concept, Humayun’s tomb is possibly one of the great icons of the city of New Delhi . A monument erected in red sandstone, whose infinite motifs invite you to take the best picture before getting lost in this cultural oasis born in 1574 in order to protect the remains of Emperor Humayun. 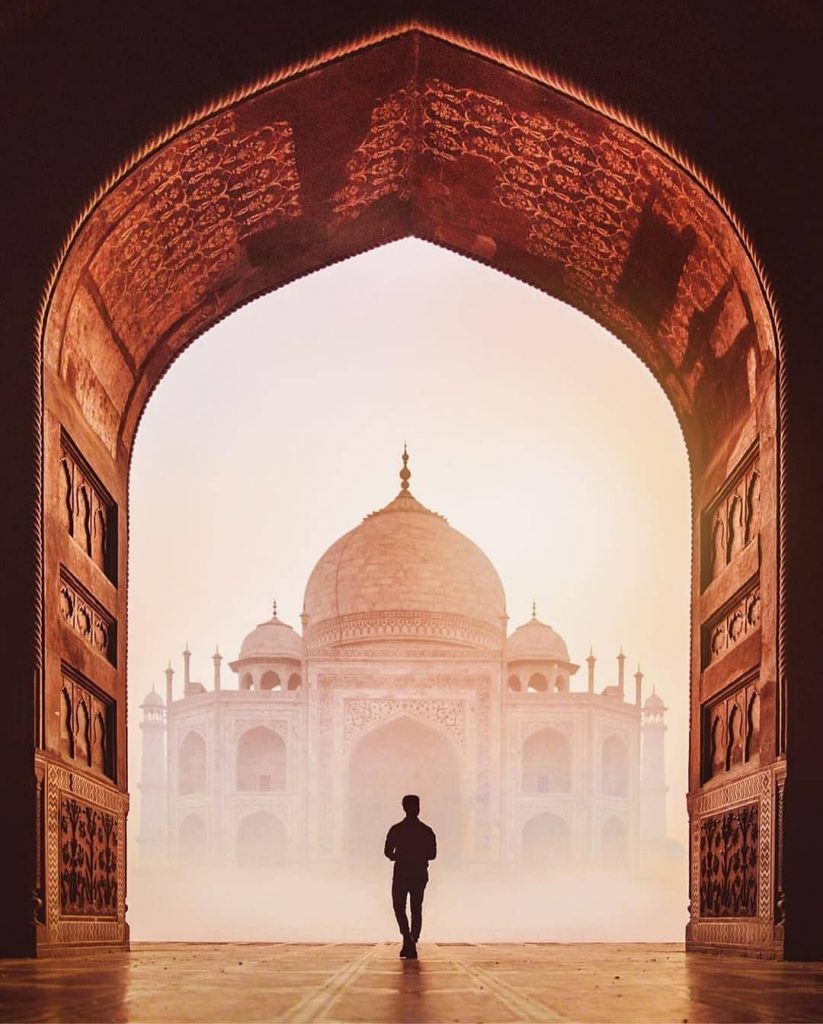 If there is a place in India that deserves all the photographs, that is undoubtedly the Taj Mahal. The country’s greatest icon is an indispensable piece in the so-called Golden Triangle of India , evoking the magic and romanticism of the history that surrounds it: its construction in the seventeenth century by order of Prince Sha Jahan in honor of his late wife, Mumtaz Mahal . Pieces of a romance that still sigh among exotic gardens, mythical domes or sunsets along the Yamuna River that complete the perfect picture. 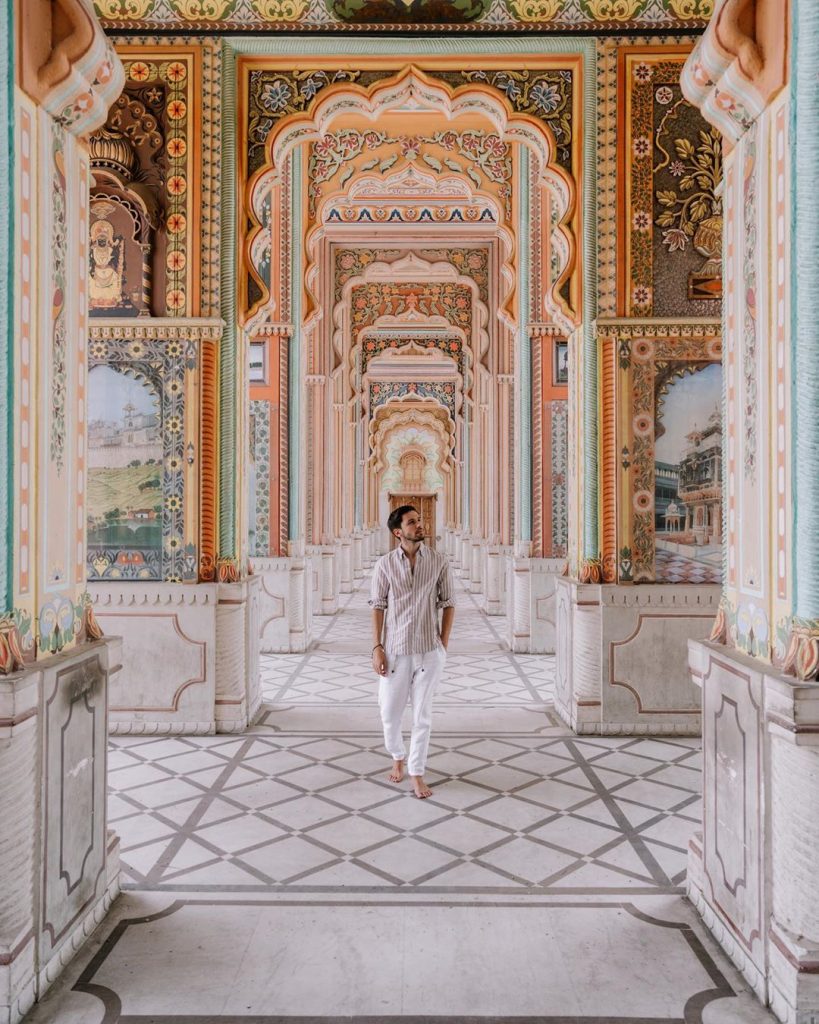 In recent years, a set of high colored arches has begun to take over the Instagram social network radiating a unique exoticism. Located in the Jawahar Circle , a circular garden at the south gate of the city of Jaipur, Patrika Gate is a relatively recent monument whose colors, upholstery and shapes make up the canvas for the perfect photo. 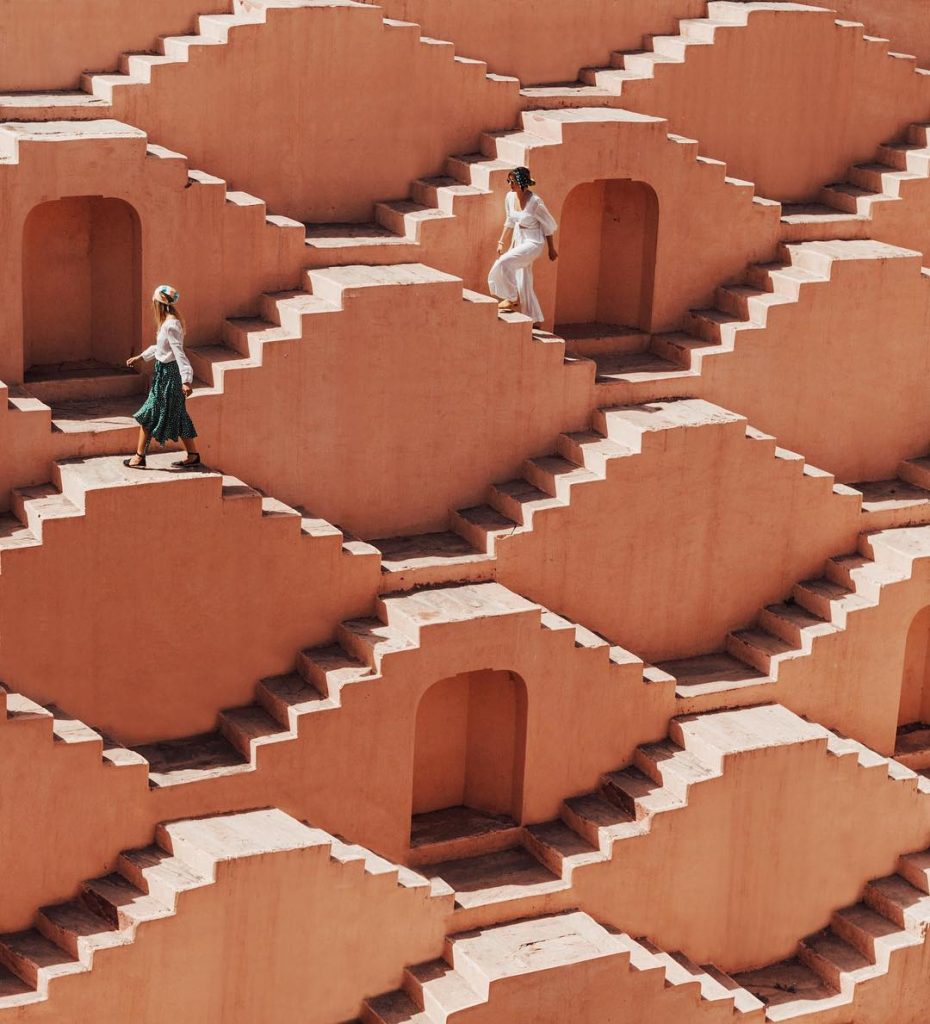 In Jaipur , some of the most instagrammable places in India are brought together thanks to the charm of a pink color that envelops everything and the discovery of new forms in this city designated Unesco heritage . And one of the places that best combines both aspects is, without a doubt, the stepped well of Panna Meena Ka Kund , a typical Rajasthan monument whose steps towards that millennial pond evoke a fantasy worthy of an Escher painting . 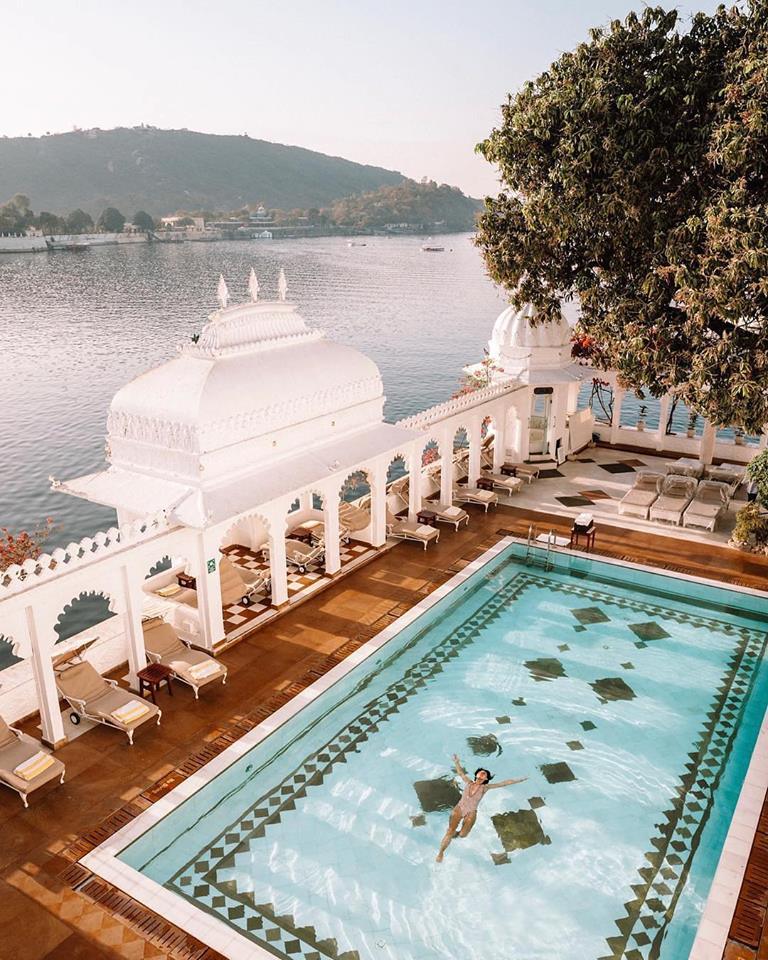 Summer, a Thousand and One Nights of © Taj Lake Palace

Former palace of the Mewar dynasty, today one of the great hotels of India , the Taj Lake Palace is a monumental pearl in the middle of Lake Pichola , the epicenter of the city of Udaipur . A lavish hotel where the views are combined with boat rides, sublime facilities or a swimming pool in which the 1001-night Scherezade would swim before continuing to tell its next story to the Sultan. 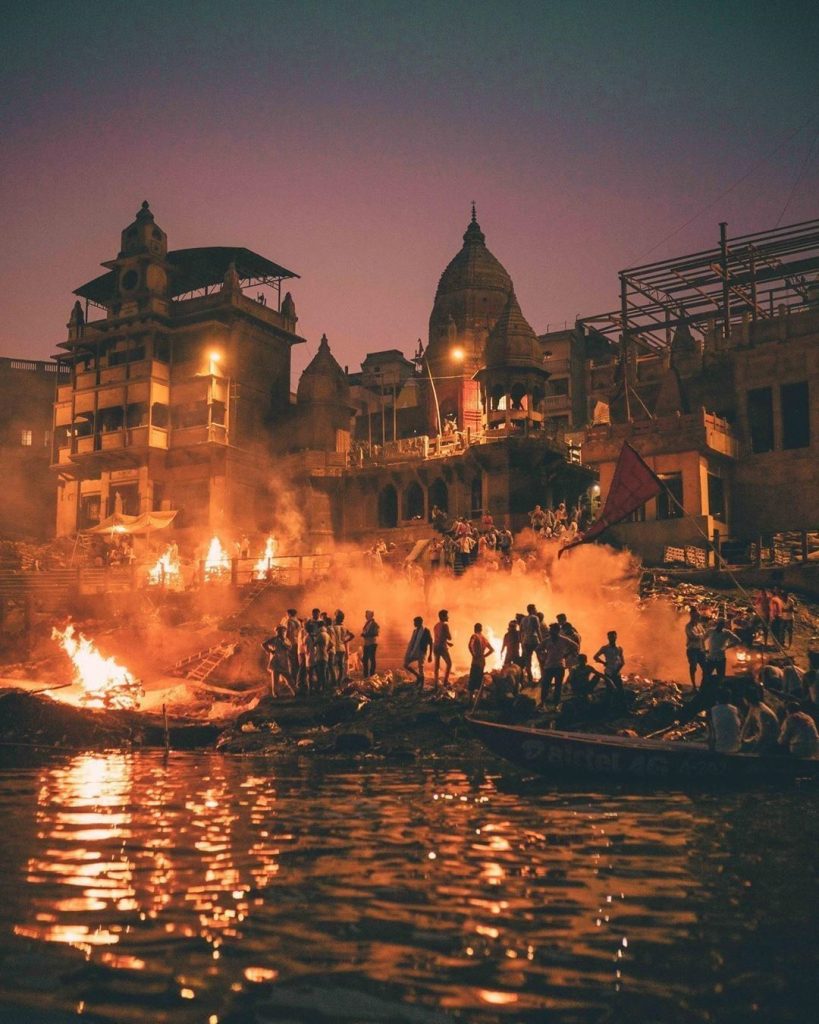 In a world in which posing completely consciously in a new destination and then hanging the photo on Instagram has become a reality, Varanasi invites to be photographed from contemplation. Of the nuances From that priest who prays at dawn by the river Ganges to the women of bright saris that plunge into a mystical river through the spectacle of their crematoriums, ancient Varanasi is a delight for all photographers and targets.

Any street in Jodhpur 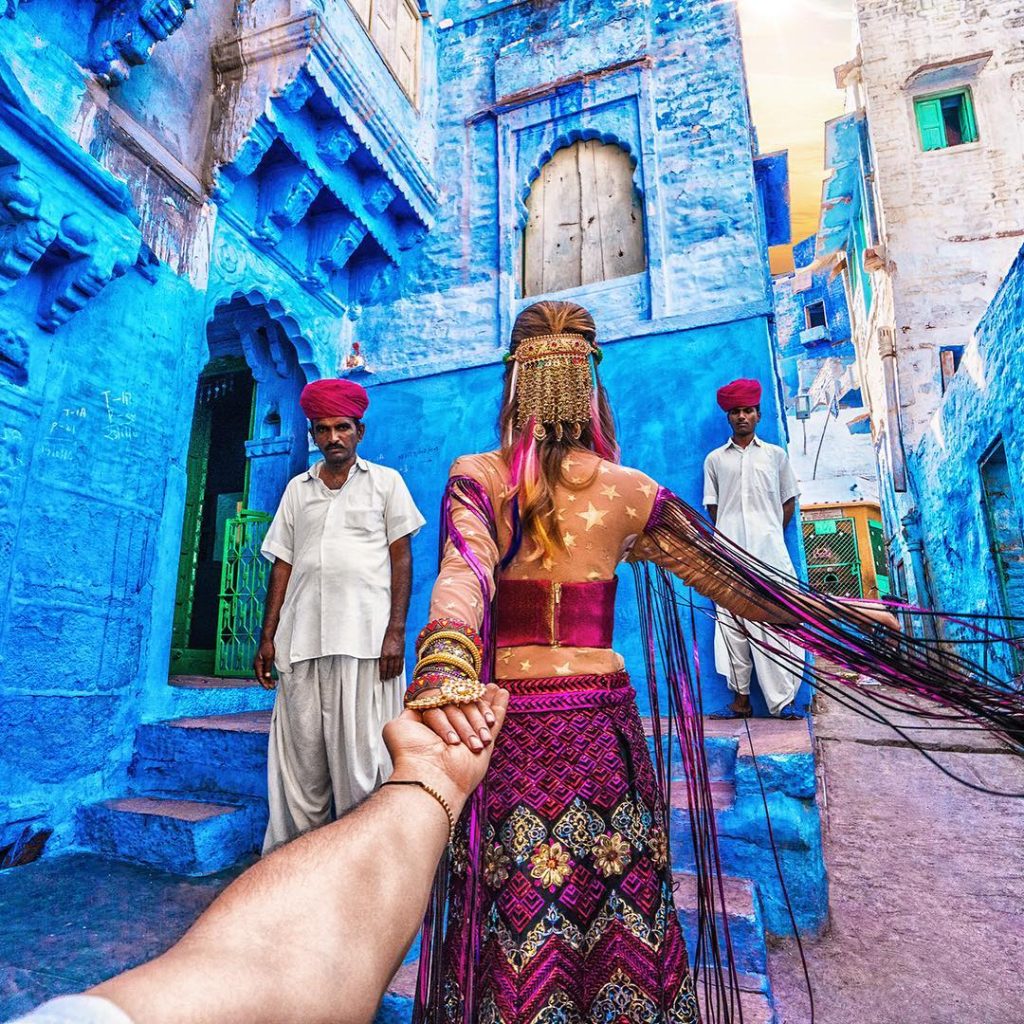 Walking through the streets of Jodhpur with @muradosmann

There are places that radiate a concept, a unique incentive. And in the case of Jodhpur it is the blue color that floods each of its streets . Although the origin is still not entirely clear, it is believed that the presence of numerous Brahmin followers of Shiva in the city inspired the brushstrokes of a blue color considered as sacred by the most learned. An intention that today unfolds in alleys that combine the relaxing indigo with postcards of the most traditional India. 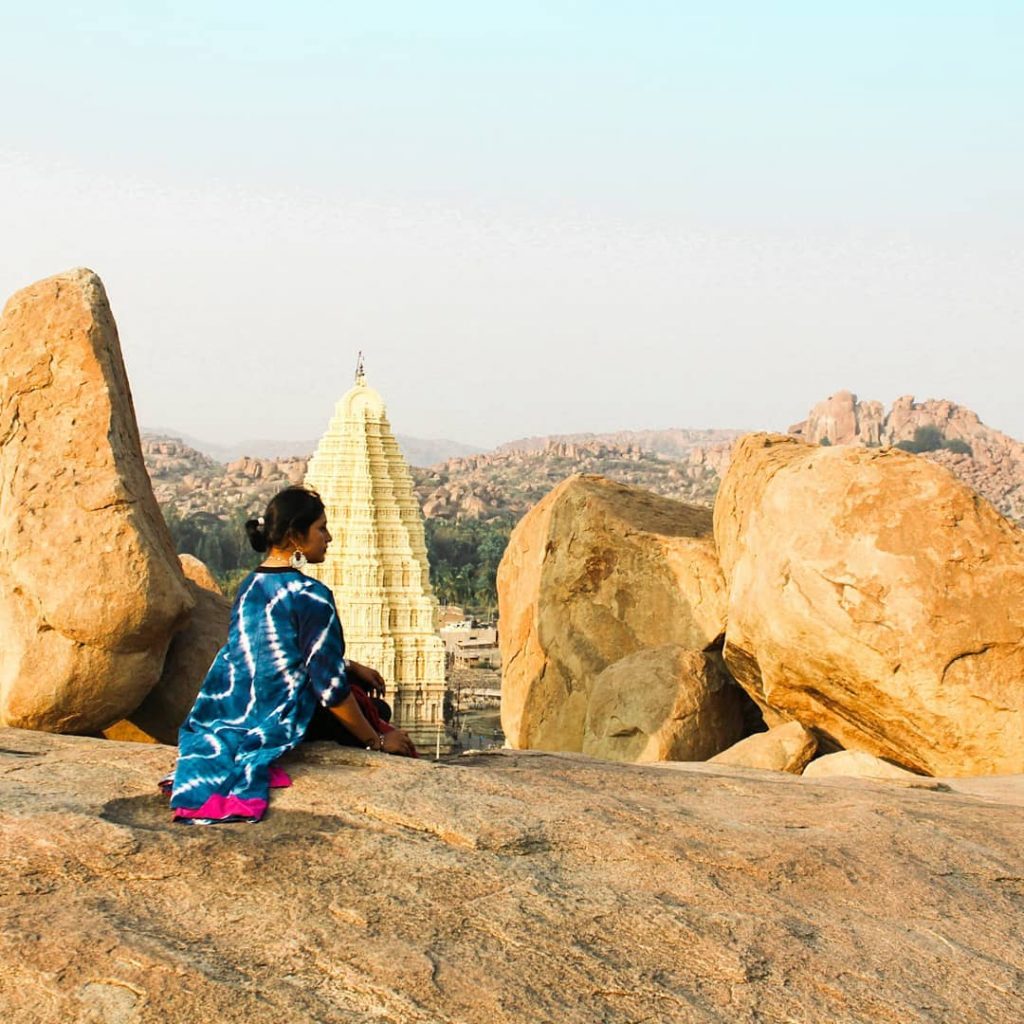 Located in the state of Karnataka , in South India, the Hampi complex is one of the most glorious in Asia. An ancient city erected by the Vijayanagara empire that still shines today among huge boulders, sculptures from another time, and fairytale sunsets. Greatness made city, no doubt. 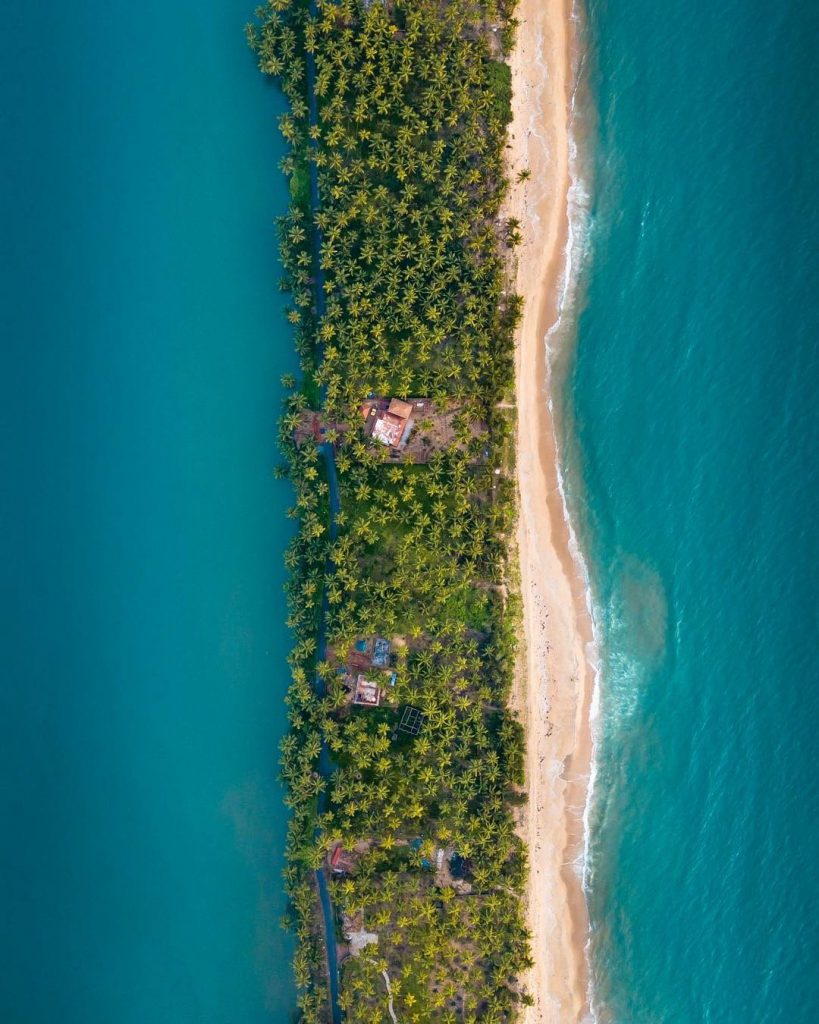 The drone photography has become another of the trends embraced Instagram, but make sure the permissions of each country when taking such pictures is extremely essential. In the case of South India , the exuberant state of Kerala has many (and green) places capable of snatching thousands of likes thanks to a system of marshes, coconut palms and floating homes that make love with the sea and the most daring photographs . 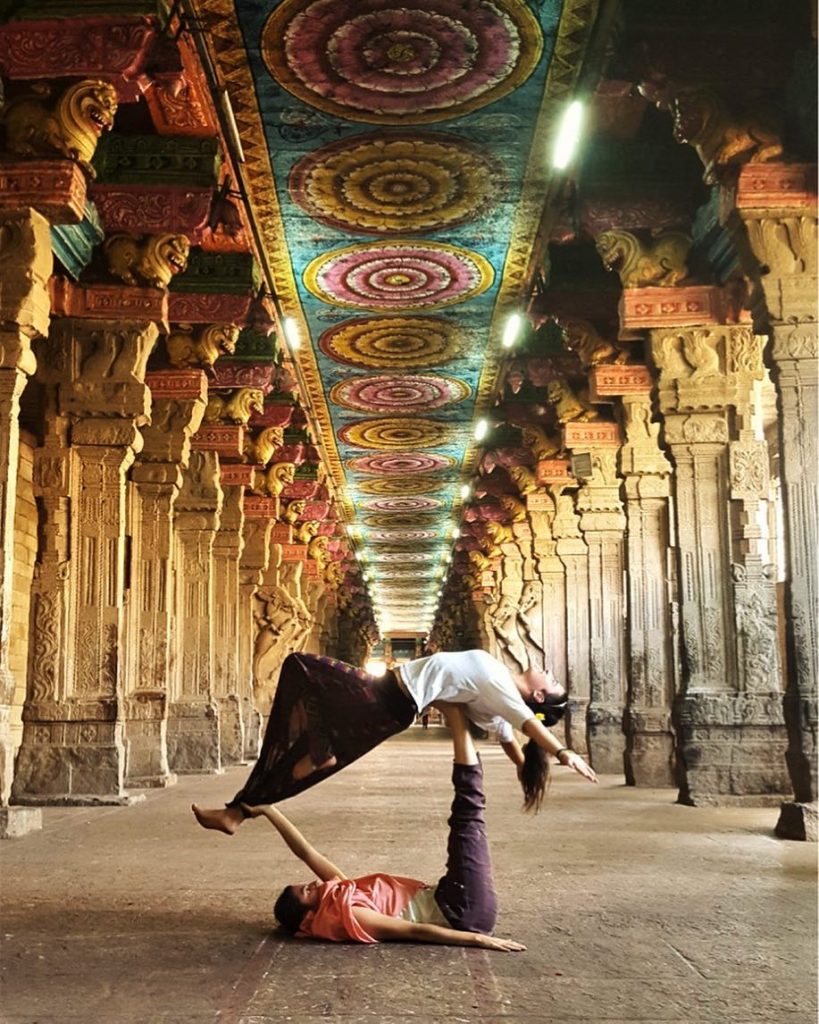 Under the mandalas of the Meenakshi Temple of Madurao. @paulacastells

Formed by fifteen different gopuram (or thresholds) filled with thousands of colored figures, the most famous temple of Madurai, in Tamil Nadu , stands out for various spaces, but our favorite are the mandalas that seal all its vaults.

Would you like to travel to India and succumb to all these instagramable places?

Sikh Temple in New Delhi: eat in a temple