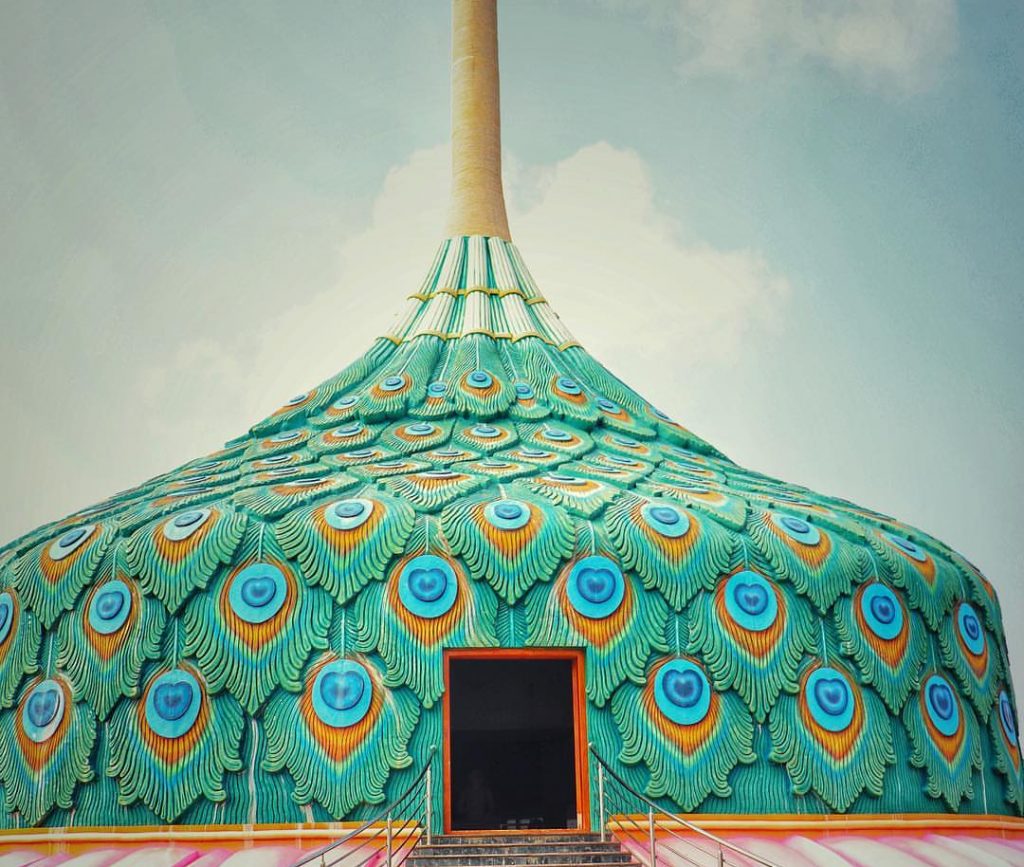 In a country where exoticism takes on incomparable shapes and colors, the peacock temple in India is one of those surprises that you will not expect to find during your journey through the fascinating state of Karnataka.

Pilgrimage to Basadi Betta and the peacock temple in India 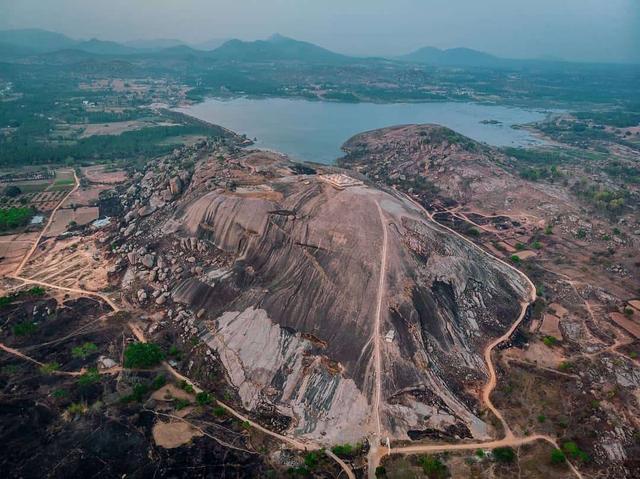 India is a country dominated by an excessive faith. The same that leads groups of all their ethnicities and religions to start long pilgrimages to the Ganges River, to holy cities like Ahmedabad or monumental complexes hidden in the middle of the mountains.

The latter is the case of Basadi Betta, an architectural complex located on the top of the Mandharagiri hills located in the village of Pandithanahalli, next to the road that connects Bangalore with the city of Tumkur , in the state of Karnataka . Turned into a pilgrimage center for members of the Jaina religion, Basadi Betta is reachable through 435 steps that lead to a huge pond beside which rest various statues and temples that are well worth a visit during your trip to India .

After reaching the top, you can see the presence of four enclosed temples wrapped in illustrations and written on its walls, although the main course consists of an area where you can find a huge statue of Chandranatha Thirthankara . Eighth thirthankara (or master dharma expert in the jaina religion), Thirthankara appears represented totally naked next to a column of floral motifs and a mural with reliefs of tigers and cows crossing the statue. 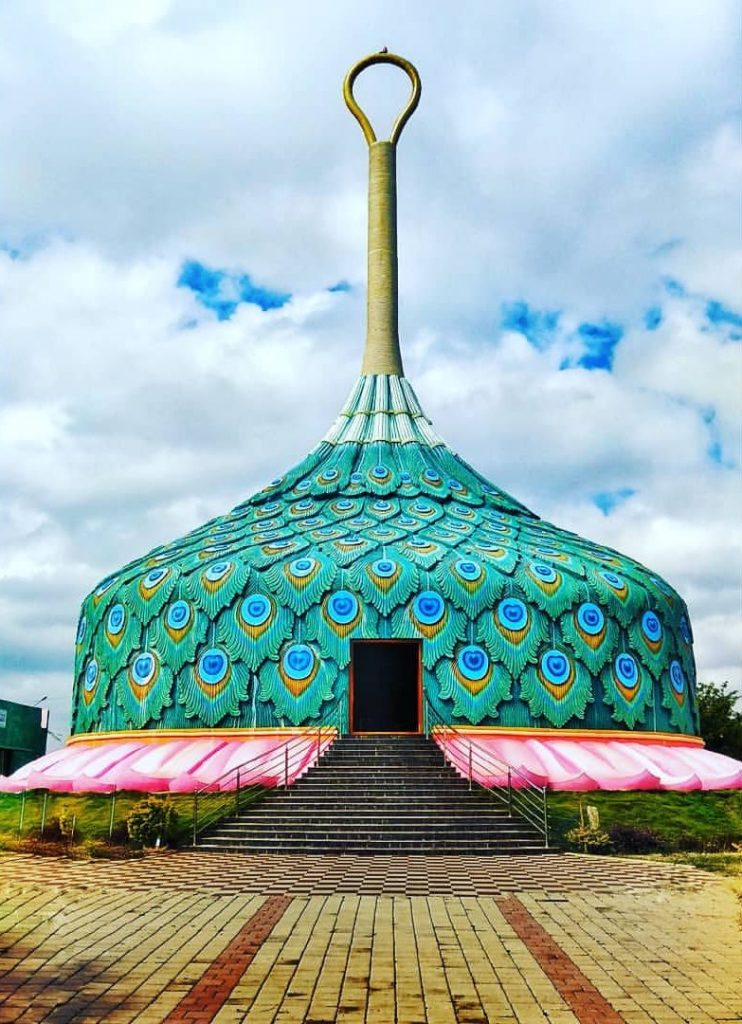 But it will be there, right next door, where you will discover a simply sensational temple (or guru mandir): a monument 81 meters high whose main dome has been lined with peacock motifs, resulting in a place, at least, unique. The temple has the shape of the so-called “pinchi”, a duster made of peacock feathers used by the digambara monks of Jainism to remove all evils.

This peacock temple in India is a place of the most photogenic and perfect icing of a complex that is the best excuse to spend a different day in the state of Karnataka , especially if you are in the city of Bangalore.

Influence of the peacock on the architecture of India 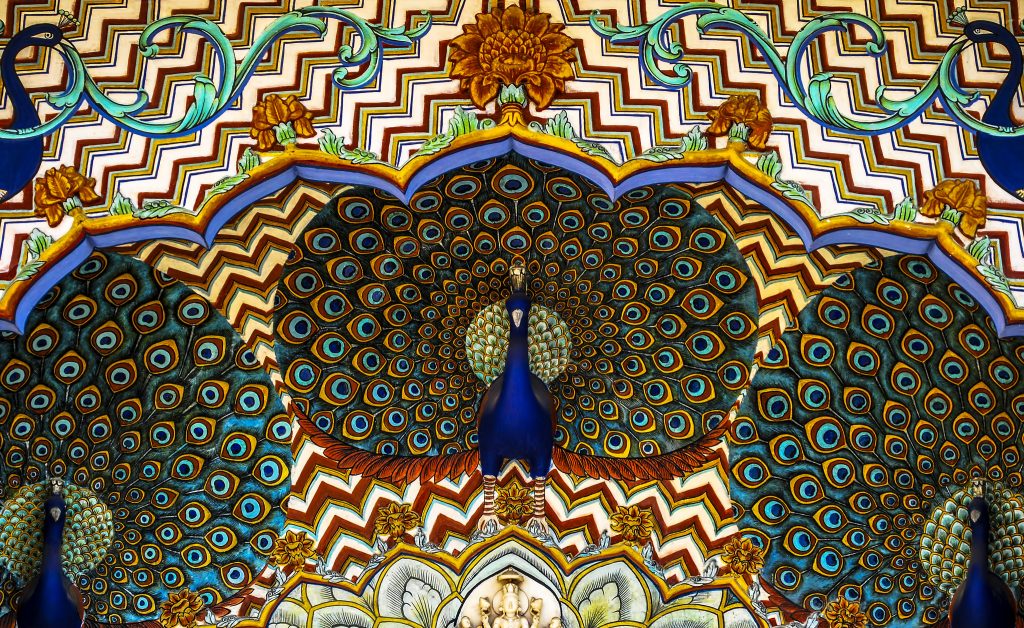 As we told you in a previous post , the peacock is not only the national bird of India , but its presence is intimately linked to the culture of India. Used by the god of war Kartikeya as a mount during wars or associated with goddesses such as Lakshmi, the peacock is a symbol of wisdom and immortality in a country that surrenders to the majesty of this magnificent bird. 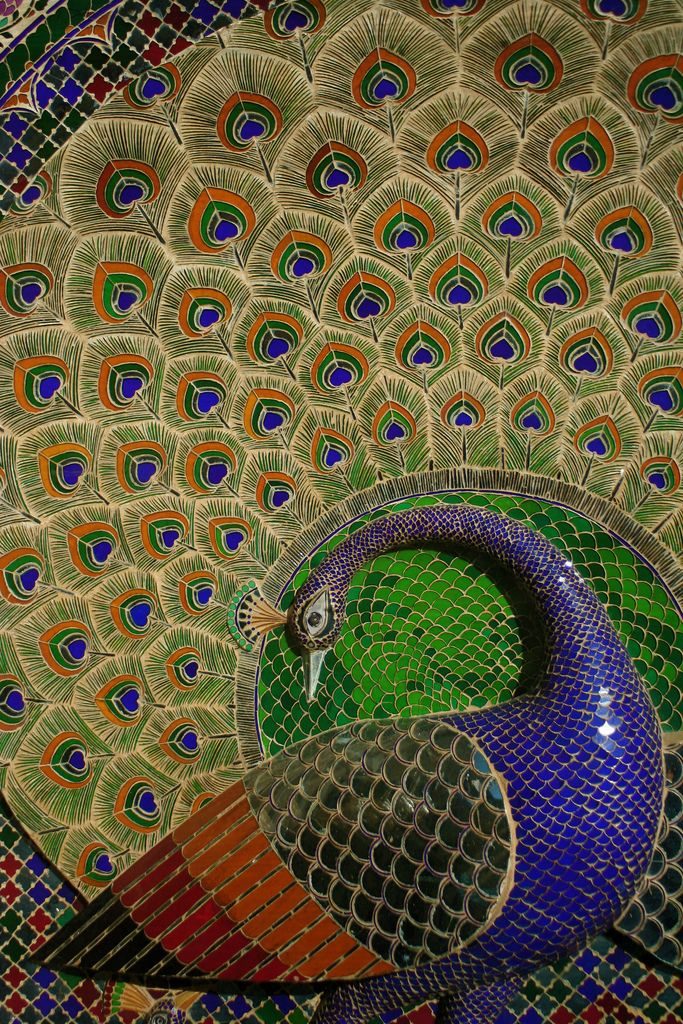 A worship that we can see all over India, especially in places like the City Palace of Jaipur and the famous peacocks that guard the Peacock Gate , to the northeast of the complex, and whose mosaics symbolize the monsoon and the autumn season in India.

Another example without leaving Rajasthan resides in the peacock sculpture that we can find in the City Palace of Udaipur .

With regard to South India, specifically in the state of Tamil Nadu , the peacock is more than present in several of its buildings. Some of the examples include the motif included in one of the gopuram (or threshold tower) that guards the Rathinagiri Hill Temple, in the village of Vellor , or in the Kapaleeswarar Temple, in the vicinity of Chennai .

Just some samples of the influence of a bird that finds in the “pinchi” of the peacock temple in India one of those places that will delight lovers of curious temples.

Read More
The peacock in India, the national bird of the country

Read More
When to go on safari to India: opening of national parks
Submit a Comment