Traveling to Sarnath means giving yourself an impressive archaeological tour. Sarnath is one of the four sacred pilgrimage sites of reference for Buddhists, where Buddha intoned his first sermon. 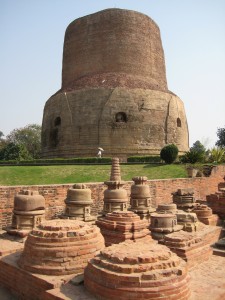 They say, or say they said, that when Buddha was still unknown but had already attained enlightenment he came to Sarnath and preached his message of the Middle Path as a way to attain nirvana. It was the first place in which the oriental decided to communicate his message to anyone who was willing to listen to him. A place very close to Varanasi (Benares), a little more than a dozen kilometers to the northeast, considered one of the four sacred sites of Buddhism and on the list of attempts by UNESCO to become a World Heritage Site.

The recommended visit to this archaeological space is very simple, as only a small trip separates us from the well-known and unforgettable Varanasi (Benares). Before telling the shocks that Sarnath has suffered throughout history, however, let us have an idea of ​​what receives the visitor that so far approaches. The most sacred place in the excavated area comprising Sarnath is the Dhameka stupa . It is a circular construction of stone and brick more than forty meters high and almost thirty wide where it is believed that Buddha gave that his first sermon. That is why it is important for a Buddhist to go on pilgrimage in search of this stupa, in Sarnath, to pray before Dhameka and to pay his respects to Buddha. Legend has it that this was a place where many deer grazed, and the engravings of the base of the stupa bear witness to the lush variety of species found in this area. 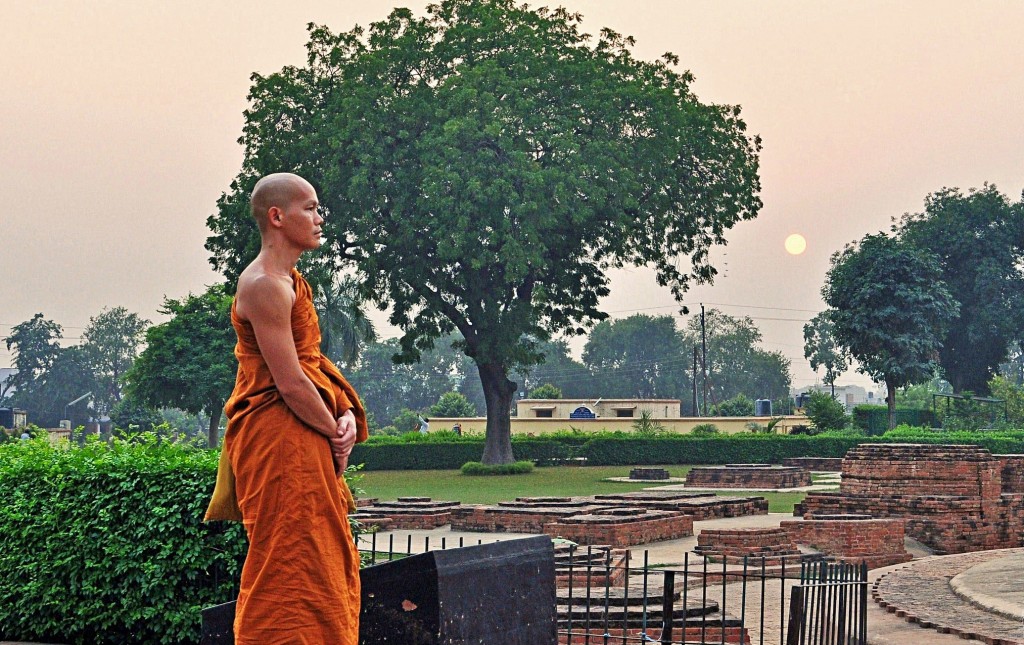 Another striking nearby construction is the Chaukhandi stupa , a stacked brick structure on top of which stands an octagonal tower. The lower part is earlier, and its origins are not clear, but the tower is known to have been built in the 16th century to celebrate the visit of the Mughal Emperor Humayun. 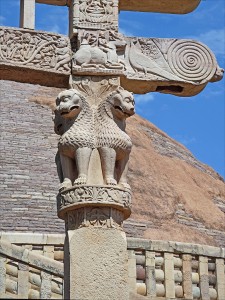 But the remains of other buildings, temples and vestiges are numerous in Sarnath, this city ​​rediscovered by British archaeologists in the mid-nineteenth century . Until then it had fallen into oblivion as a result of the low hours of Buddhism and Muslim attacks. But before it had gathered a splendor of such relevance that it was one of the areas in which one of the pillars of Ashoka was erected , some columns that were intended to commemorate the visit of this king in the 3rd century BC The Sarnath is the best preserved of the 19 that survive, and the four lions sculpted in stone that crown the column are so unique that, in fact, they were named the national emblem of the Indian nation .

So Sarnath and its archaeological remains bring it all together : history, archeology, religion, legend, tradition, sacrifice, spirituality and calm. It is a perfect day trip with Varanasi base camp (Benares), where you will notice the least crowds of people swarming through the sacred city of the Ganges . A perfect plan to make a pilgrimage in search of Buddha’s teachings.

Gardens of Queen Sisodia in Jaipur