In recent years, urban art has become the best “weapon” of artists and cities when it comes to reinventing a space, blowing on the collective conscience and giving the world more color. Characteristics that make up Lodhi Colony, the space that best represents the urban art fever in India.

Lodhi Colony: the great palette of urban art in India 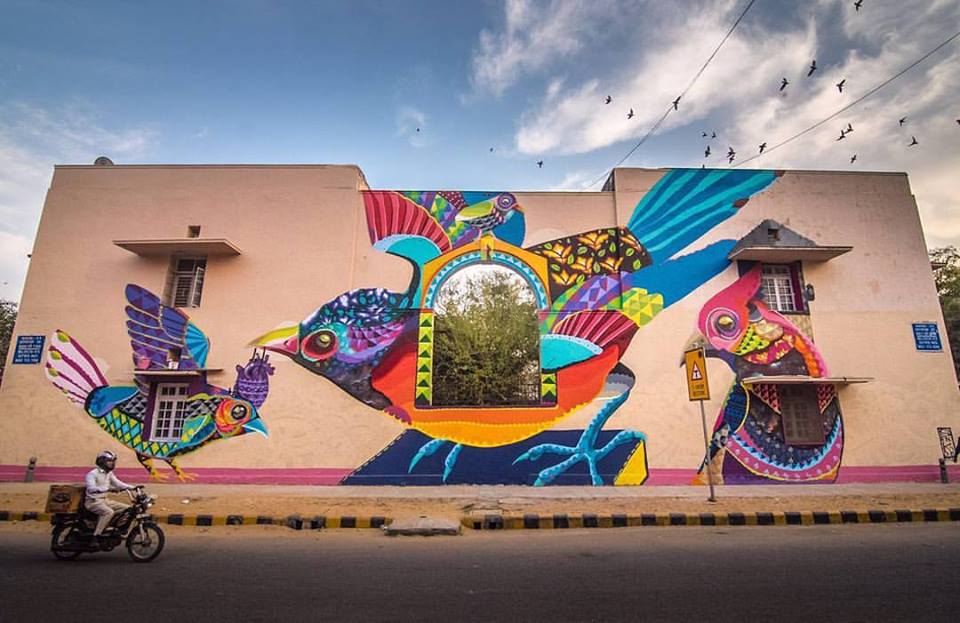 The Mexican artist Senkoe signed this mural called Colors of the Soul, in reference to the city’s multiculturalism and its stories.

To the south of the city of New Delhi lies Lodhi Colony, a neighborhood that, until 2016, was known for encompassing the last constructions of the British Raj , back in the 40s. Military buildings erected to house European officers giving rise to some of the quietest and greenest areas of the entire city. A cosmopolitan network where colonial buildings are combined with attractions such as the tomb of Najaf Khan, one of the leaders of the Mughal army in the 18th century, the Jawaharlal Nehru stadium or different campuses and universities.

However, between the streets of Lodhi Colony there was still missing that “something” that marked the break with the past in pursuit of an open, different and diverse aesthetic. That was how at the beginning of 2016, the non-profit foundation St + Art India found the perfect canvas here when it came to painting the new India. One of many colors, designs but, especially, bold ideas. 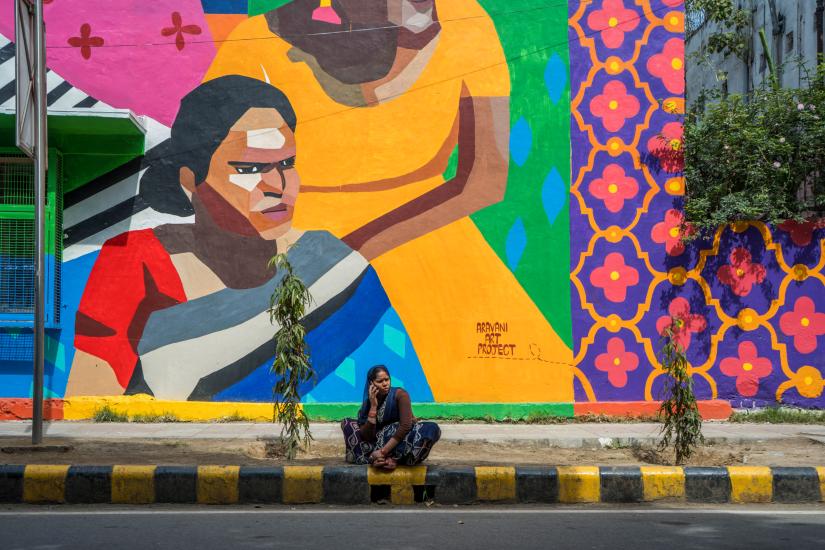 Aravani Art Project mural dedicated to the women of India.

An initiative that began with the StArt Festival , a two-month festival that attracted more than 25 local and international artists to bring their vision into old walls and abandoned buildings.

” Art has the potential to create a positive impact on a city and its residents, paving the way to a society more aware of its surroundings, ” says Arjun Bahl, co-founder of this festival.

An event that already accumulates up to three editions that have displayed countless designs. There are from motives inspired by the aboriginal tribes of Australia to images taken from the nature of India and even critical of the contamination of the Indian capital. 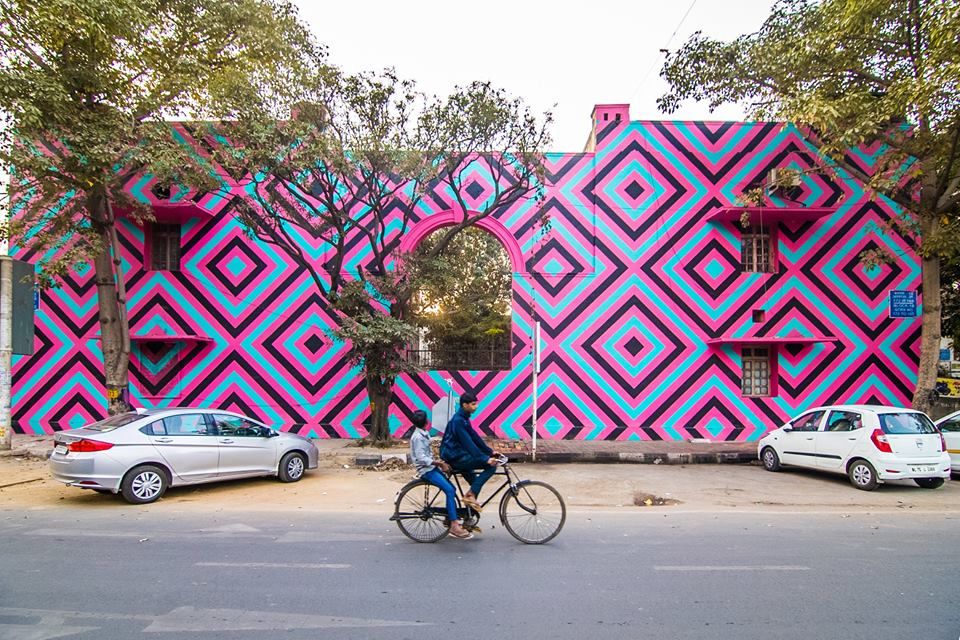 The Autralian artist Reko Renni brings, from The Antipodes, the essence of the Kamilorai aborigines in the form of colorful motifs.

Painted dreams that make Lodhi Colony the main epicenter of urban art in India and, therefore, a unique alternative for anyone who wishes to travel to India or, more specifically, to know the most modern side of New Delhi that finds its first here Public outdoor urban art space . 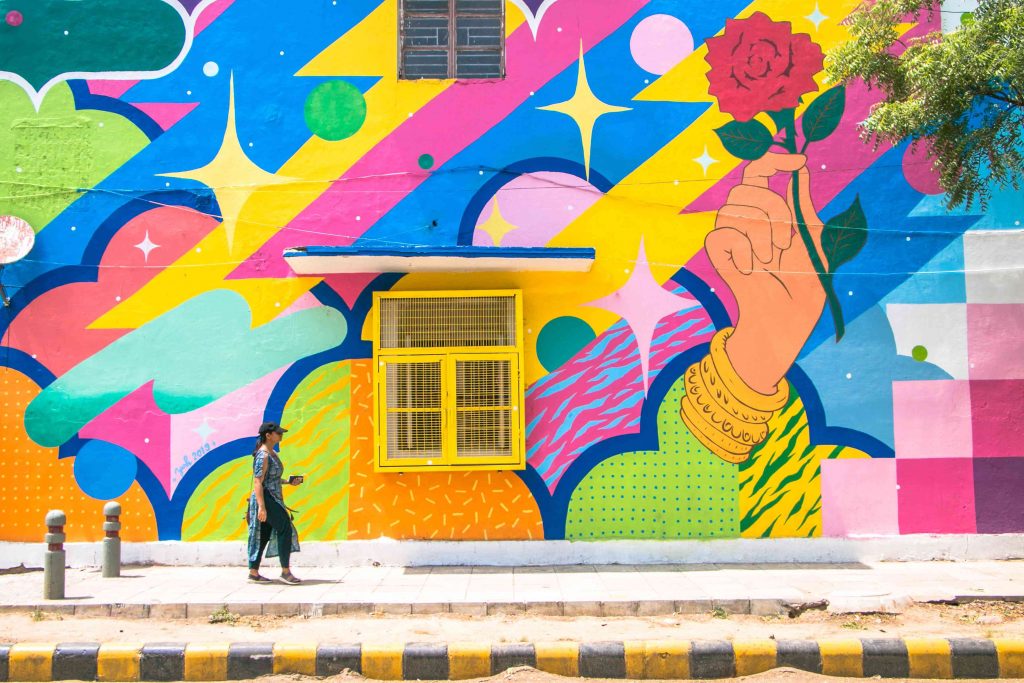 Colors, Bollywood and roses in this beautiful mural of Shraddha Gosavi.

But do not leave without trying the delicious chocolate wheels of the Chocolate Wheels Pastry Shop of Jor Bagh , one of the great obliged to end your most psychedelic journey.