To visit the Ranakpur temple is to find a Jain construction that confuses with every inch of exquisitely sculpted white marble. 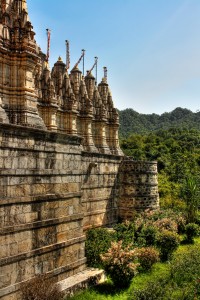 Who would say that you can create a maze based on columns. Even more so with white marble columns , with so many sculpted details that each one of the 1,444 pillars that support it are different. In each one, a story; a story that comes when you see this set that resembles a forest, but one grown from marble: it is what you have to visit  the Ranakpur temple, a Jain complex about 90 kilometers following north from Udaipur .

There is an exquisiteness to discover in each corner of these temples. You can suddenly look at the ceiling and find an ellipse that could perfectly follow the golden number guidelines. Or walls that leave small holes, hundreds of them. And the best thing is that in each of them there is a figurine, a statuette carved in the same material. Beautiful and disturbing is the detail of the domes , but it is even the steps. In one of the places inside the temple that is most successful among visitors, a figure of an elephant stands . 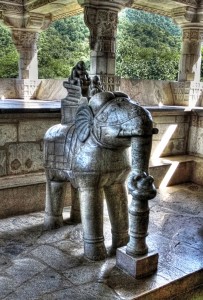 This is undoubtedly a place where it is easy to notice some sensory confusion . Everything is so light, so neutral, that everything equates it from afar. But at the same time, as soon as you approach a surface it shows you so many details. A temple really erected to distort the senses.

The set of temples seems to have been erected to venerate the figure of Adinath , traditionally considered the founder of Jainism . The main temple is called Chaumukha Mandir or Temple of the four faces , so named because it represents the triumph of this over the four cardinal points, which makes him someone who dominates the cosmos by extension. It was built in the fifteenth century and is the main axis of this complex that is considered as the highlight of the buildings created within the framework of Jainism. 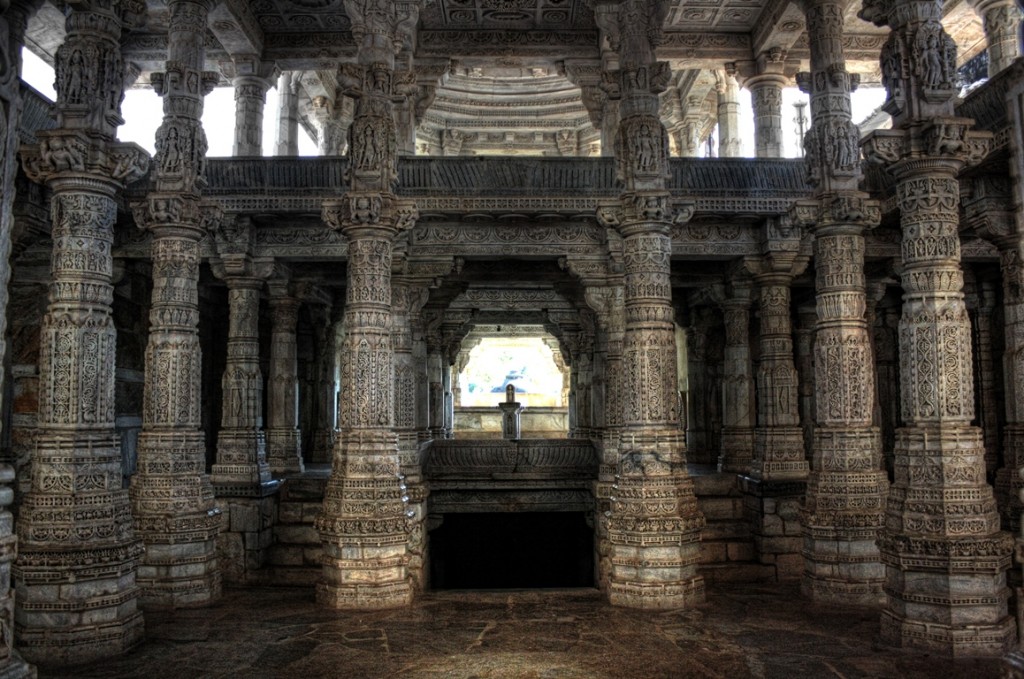 Jainism is an Indian religion emerged or, rather, founded before the tenth century , although both its roots, founder and beginnings continue to create controversy among scholars. The pillar on which this religion is based is the idea that violence has no place in the life of the person who follows it. That only by following such a thought and a great discipline about self-control can you achieve final and personal liberation.

Something similar must have had the sculptors who put so much effort and ability to carve every inch of the 29 interconnected rooms, and get a place so motley, even so, be able to convey harmony. An achievement that has been achieved properly maintain that feeling in the different buildings that make up the complex. The aforementioned Temple of the four faces with its supports dedicated to Nemitah and Parasnath. A little further away is another dedicated to the sun , and further still another temple dedicated to Amba Mata , another goddess. Something more modest than the main one, which is like saying nothing, because it is unattainable.

Beaches of India: the best coasts in the country

Read More
Beaches of India: the best coasts in the country
Submit a Comment