What to see in Goa, the Portuguese oasis of India

What to see in Goa, the Portuguese oasis of India

The smallest state in India is, curiously, one of the most historic in the whole country.Considered the epicenter of Asian domination by the Portuguese in the fifteenth century, Goa is today a mosaic of colonial beaches, jungles and vestiges in which to navigate in search of that peace that characterizes the tropical oasis of India. Do you want to discover everything there is to see in Goa?

What to see in Goa, Portuguese India 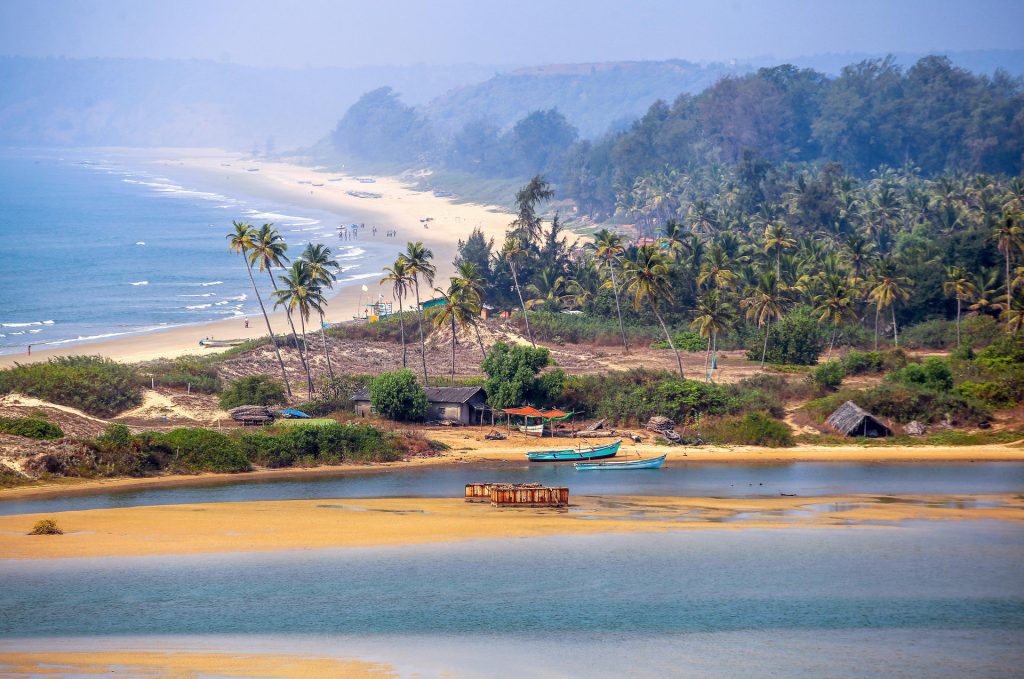 Coastline of the lush coast of Goa. © Pixabay

In Goa, everything flows differently. Here, the locals also take a nap and, at some point, they may suggest the word “unsubdued” as a legacy from a Portuguese country that displays its great influence in this place. So much so that some consider Goa as another country within India itself.

Despite the presence of different ethnic groups, Alfonso de Albuquerque attacked Goa from March to May 1510, stealing the territory from Adil Shahir, Muslim king of the Sultanate of Bijapur. After the triumph, the Portuguese established in the current Old Goa their center of Portuguese control over the entire Indian Ocean and the rest of their Asian colonies.

Such was the case, that even after the independence of India in 1948, Goa was the last state to be handed over by a colonial power , since the Portuguese resisted it until the last moment.

A fusion that, leaning on a canvas of extensive beaches and seas of palm trees , displays endless colors, monuments and influences that make Goa the tropical garden of the Indian backroom. In the perfect preamble before starting an itinerary along a west coast of India simply fascinating. 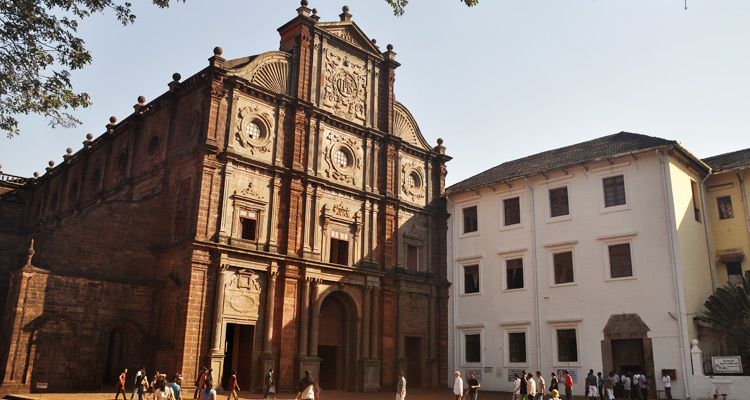 Basilica of the Good Jesus of Goa, one of the great icons of Goa Velha.

Known as Goa Velha , this ancient city was built along the Mandovi River by the members of the Sultanate of Bijapur with the Shah Palace, with its different mosques as main references. After the arrival of the Portuguese, they took the city and used it as their main stronghold until the transfer to the current capital of Goa, Panaji, 9 kilometers from it.

An irresistible historical complex that highlights places such as the Basilica of the Good Jesus of Goa , a baroque church built to accommodate Francisco Javier, a missionary who attracted the rest of Jesuits to India throughout the 16th century. Considered one of the oldest churches in India , it contains the tomb of San Javier.

Another of the places to visit in Goa Vieja is the Cathedral of Santa Catalina , which was built years after the previous one to welcome the Dominicans, while the Church of San Francisco de Asis , in the middle of a tropic of superlative green, hosts some of the best frescoes in Portuguese India.

The entire Old Goa complex was declared a World Heritage Site by Unesco in 1986. 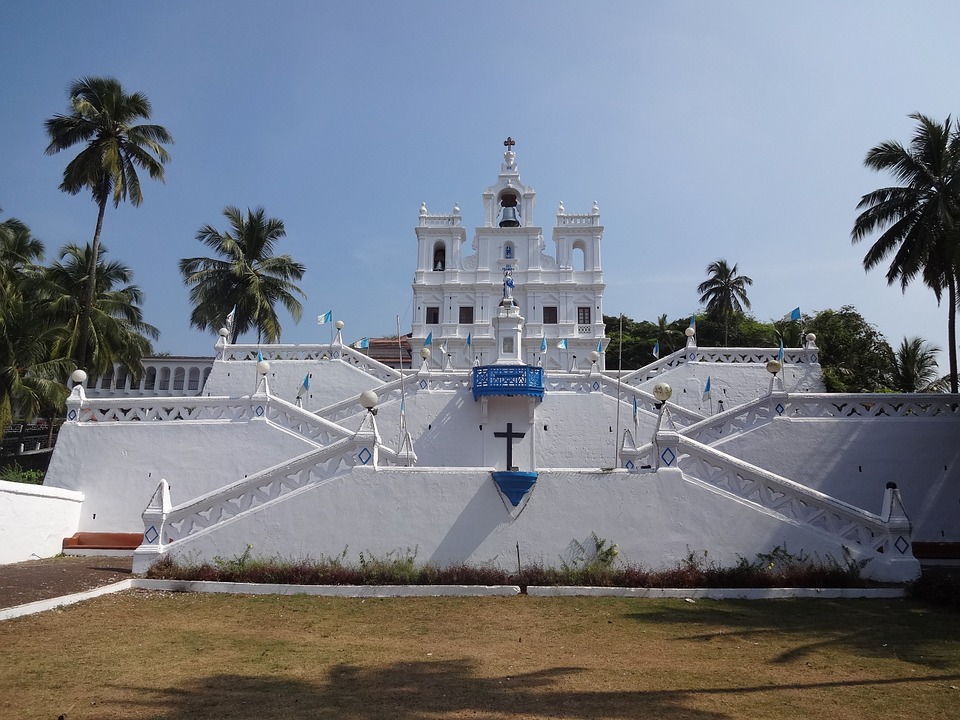 Church of Our Lady of the Conception, in Panaji. © Wikipedia

9 kilometers along the Mandovi River, Panaji unfolds as the capital of that New Goa born after an outbreak of cholera in Vieja Goa in the 18th century.

Here some restaurants continue to make Portuguese bacalhau in coconut sauce and the colorful houses have an unmistakable Latin style, as well confirmed by the charming neighborhood of Fontainhas .

Regarding monumental jewels, the great icon is, without a doubt, the Church of Our Lady of Conception , a baroque church inaugurated in 1540. 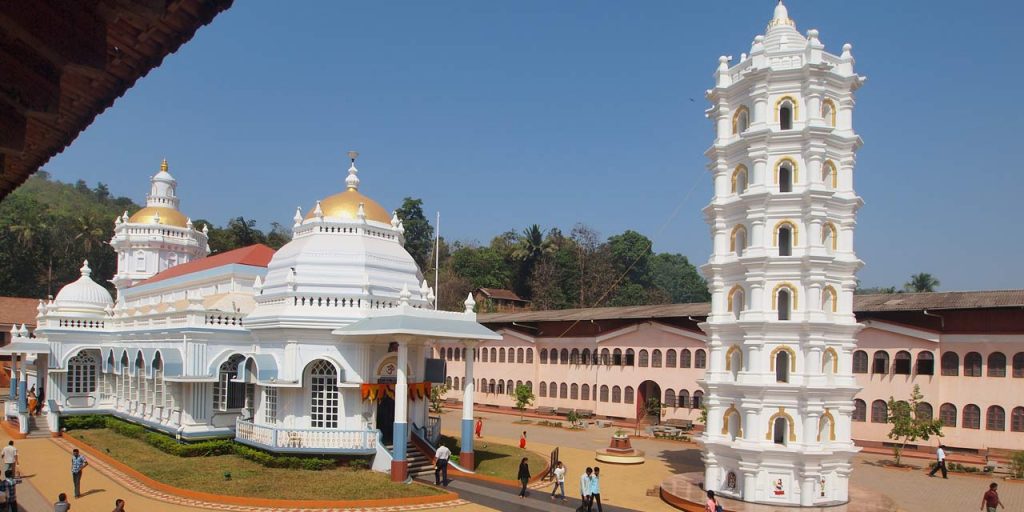 South of Old Goa, the Mangueshi Temple stands as one of the most interesting Hindu complexes in the state. Inaugurated in 1560, this temple was born to house the relics of Manguesh , the incarnation of Shiva, as they were in danger during the Portuguese rule. In addition to the main nave, the complex includes its curious deepathamba , or seven-story tower in white colors, one of the most curious places to see in Goa. 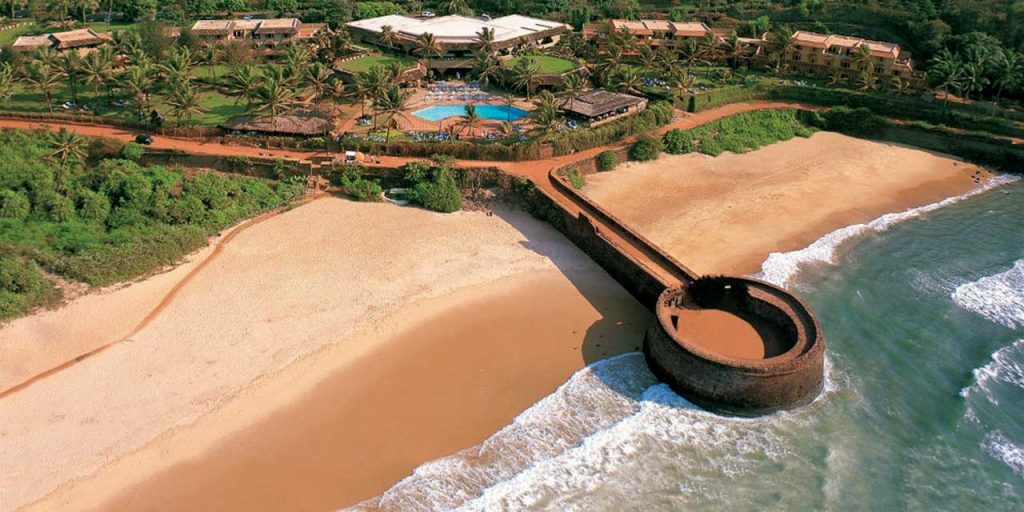 When the Dutch threatened to appropriate Goa in the early seventeenth century, the Portuguese built a huge fortress to protect themselves from them. Equipped with up to 79 cannons , Fort Aguada, located next to the Mandovi River, was divided into a northern area as a fortress and a southern section for storing Portuguese ships. Used as a prison for Indian opponents in the 20th century, the fort includes one of the oldest lighthouses in Asia and the famous Taj Fort Aguada Resort & Spa .

What to see in Goa: The best beaches 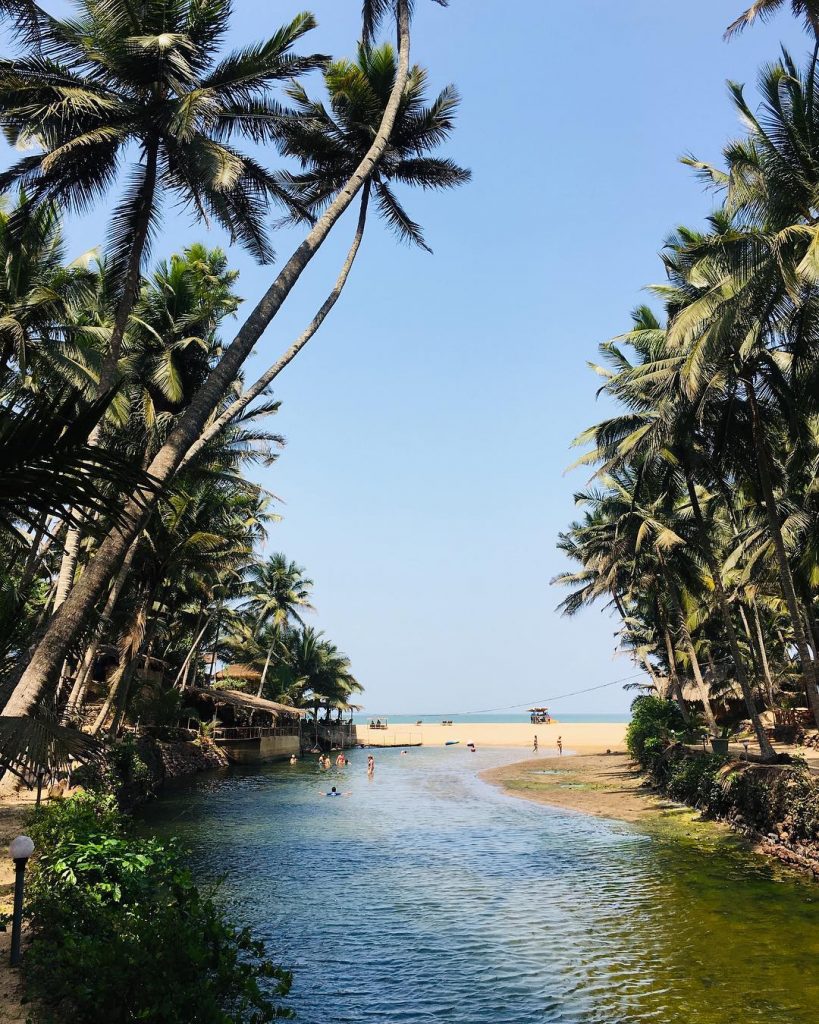 If there is one aspect that Goa is famous for, it is because of its beaches. Divided mainly into the Goa Norte and Goa Sur sections , the inlets of Goa evoke the dream paradise: tall coconut trees, overflowing tropic hills, wide shores and yes, even the occasional sacred cow in search of shade. 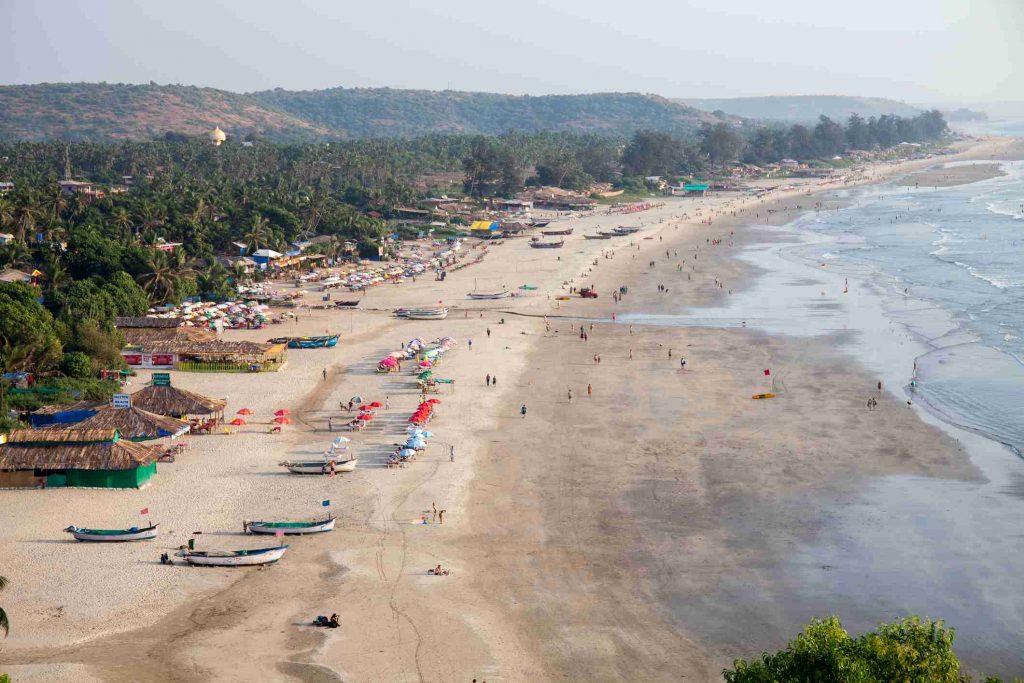 Arambol, one of the main beaches of Goa. © Tripsavvy

One of the most famous beaches in Goa is also one of the best for surfing in addition to other activities such as yoga or meditation. Especially at nightfall, you can also find jam sessions , concerts and a unique nightlife. 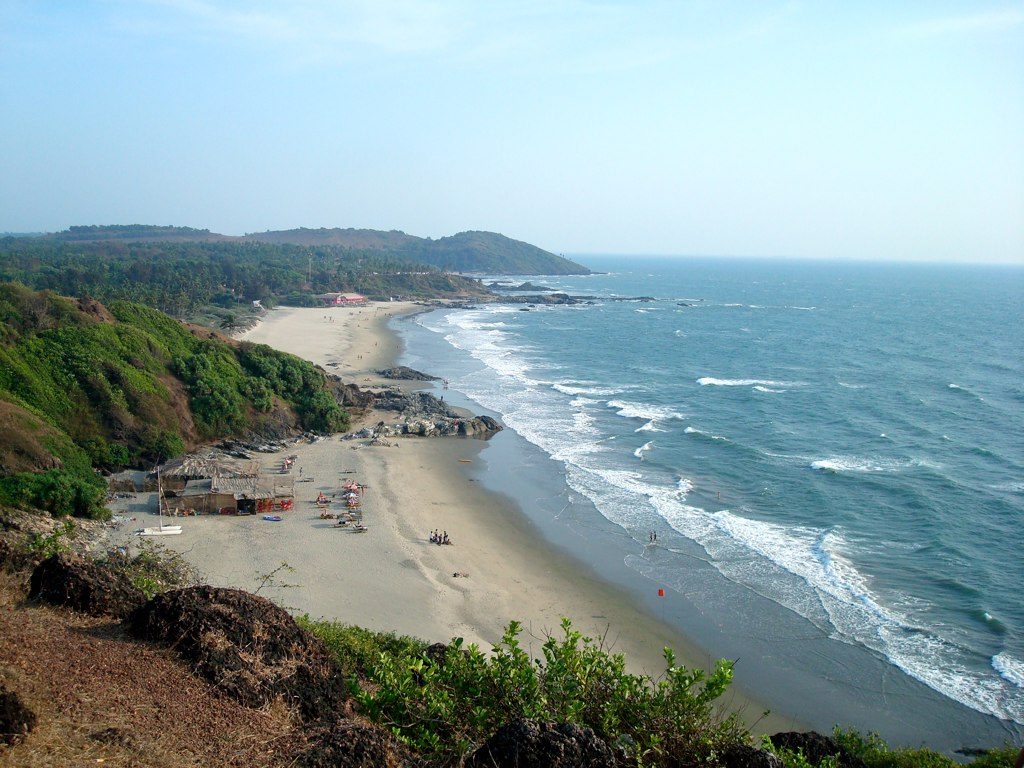 The largest beach in Goa is formed by three different ones in which, in addition to palm trees and waves, the traveler can also enjoy some cultural attractions. Located next to the Chapora River, the beach is divided into Vagator, North Vagator Beach and Little Vagator , the quietest of all and where a head of the god Shiva sculpted in the rock attracts all eyes. The area includes numerous bars such as the Nine Vagator, or more European-style cafés. 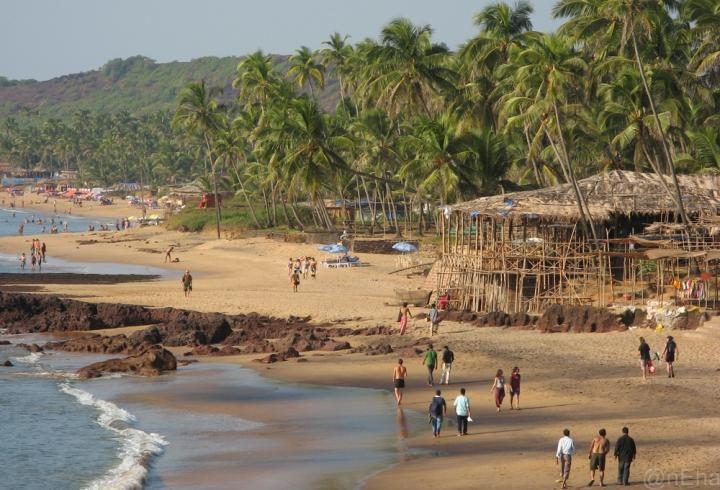 Many years ago it was here, south of Vagator, where hordes of hippies and gurus settled between concerts, sunsets and palm roof huts. A vibe that is still latent in its premises, in the huge market that is held every Wednesday but, especially, in that mysticism that is breathed on this beach at all times.

If in your case you are looking to escape the crowds, Galgibag is a paradise in the southern tip of Goa where you have kilometers of golden sand and transparent waters. A protected oasis from the rest of the massive places also famous for the presence of numerous Ridley turtlenests , one of the most endangered species in the world and that finds a protected sanctuary here.

If you are looking to enjoy that other more tropical and carefree India, Goa is emerging as an unexpected paradise in which the combination between East and West results in a unique mosaic of influences.

Would you like a relaxing extension to Goa during your trip to India ?