What would be of a visit to Jaisalmer without seeing its impressive havelis? The houses that add a touch of grandeur to the winding streets of the city is definitely something to see in Jaisalmer. 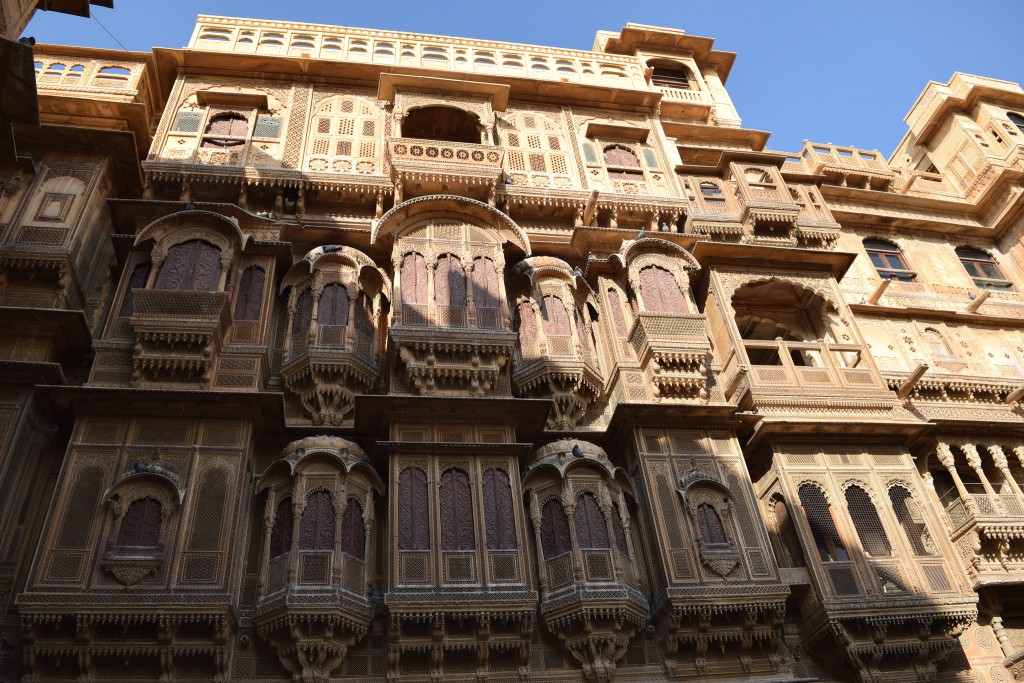 Any traveler who wants to deviate from their route through Rajasthan and who does not mind the modest infrastructure that Jaisalmer owns should come close to seeing its majestic havelis . These impressive mansions, lavish and beautiful in equal parts, can be seen in many points of the city, especially by the winding streets that occupy the walled space of the old case. Sample of wealth and ostentation of another era , its facades and size served the inhabitants of the city as a sign of the power and money possessed by their owners, eventually converting their buildings into a competition to see which Jaisalmer mansion was the most spectacular. 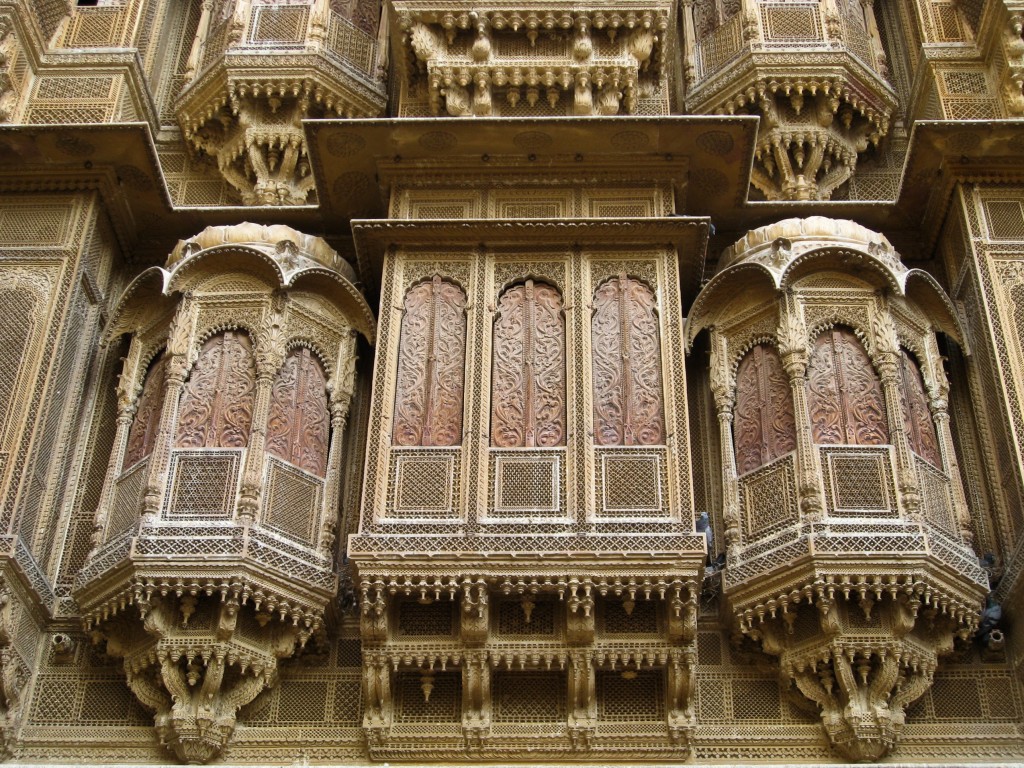 But, what is the reason why we can see in Jaisalmer these havelis and not in another part of the country? Well, it is because, back in the 18th century, a multitude of merchants and merchants settled in the city looking for Jaisalmer – nicknamed ” The Golden City “ – the ideal place to settle. They chose this location and not another because it was the usual stop for the merchandise caravans that, until recently, were heading towards Central Asia on commercial routes. Thus, with the passage of time and money, the streets of the center were filled with some of the best houses that can be seen in Jaisalmer and throughout the country, currently converted mostly into museums . 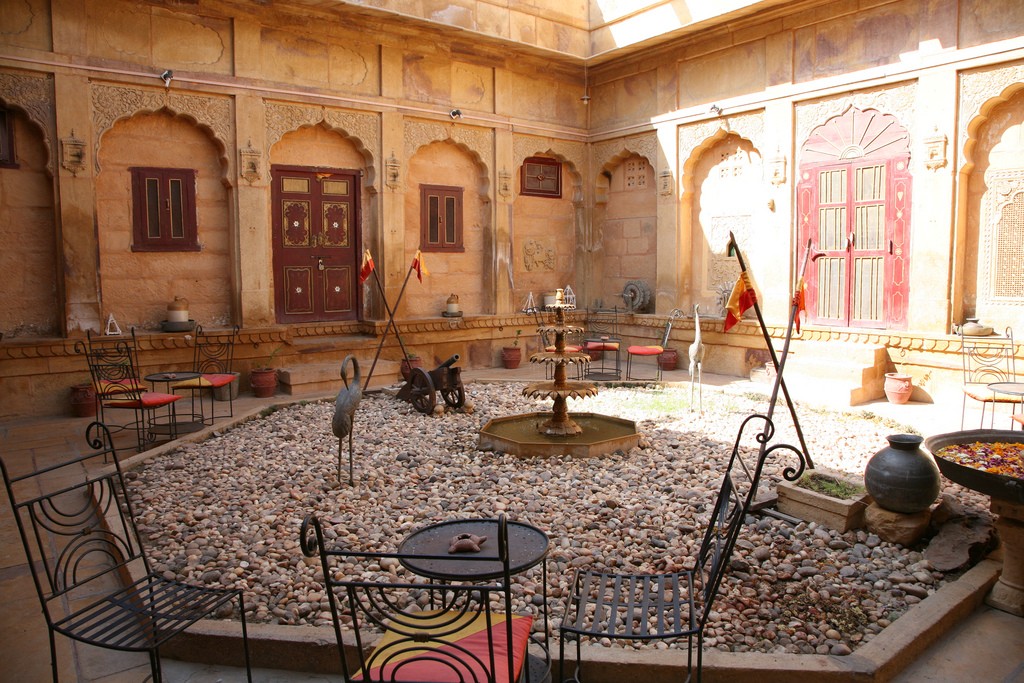 These impressive buildings show the world some very elaborate carvings on their facades, with elaborate floral and geometric motifs, sculpted in sandstone. Infinity of balconies crown these facades, where columns and arches mark the space that delimits windows and ledges, becoming one of the most spectacular things to see in Jaisalmer. The interior of these houses is not far behind, arranged around large central patios, the ostentation is reflected in each of the corners richly decorated and several floors high. 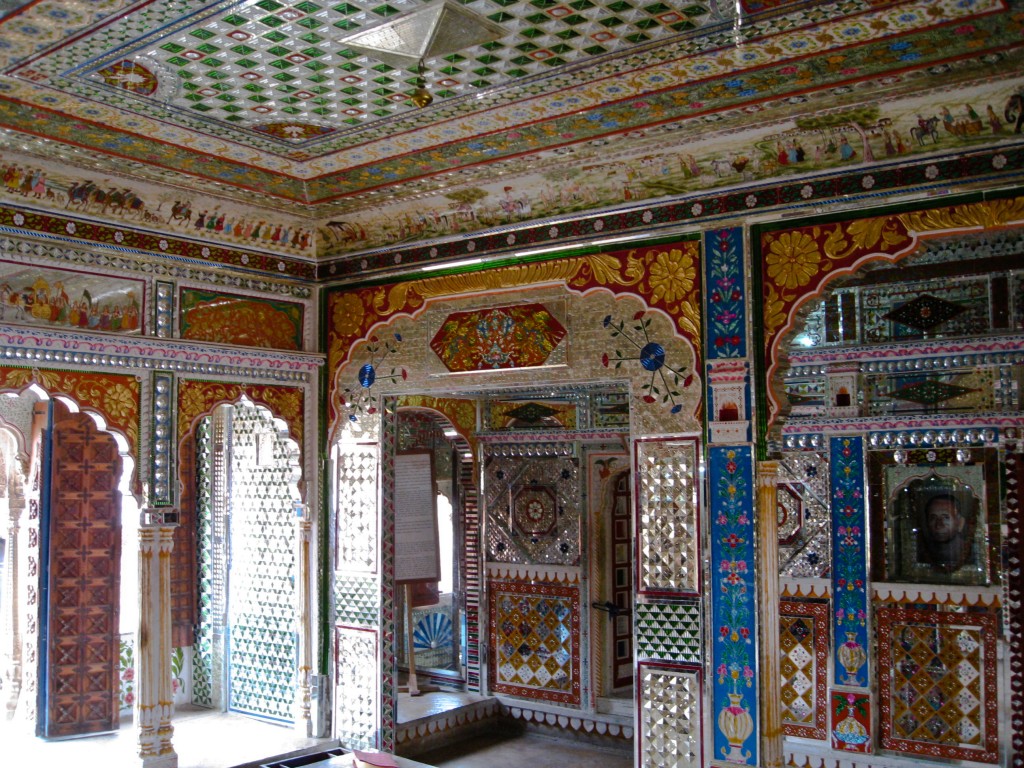 There are infinity of these architectural wonders to see throughout Jaisalmer, you can discover them little by little if you walk the most known streets. The most important havelis are those of Patwon-ki Haveli , the Salim Sigh-ki Haveli and Nathmalji-ki Haveli. The first of them is the most ostentatious, composed of five different havelis attached, forming a uniform architectural ensemble built at the beginning of the 19th century by a powerful jewelery merchant. If you only have time to see a havelis in Jaisalmer, we advise you to visit this one. The Salim Sigh-ki HaveliIt stands out for its impressive 38 balconies and for a distinctive tower that crowns the construction. It should be noted that only part of the mansion is open to the public, since in the other the owners still reside. Finally, the Nathmalji-ki Haveli has one of the best facades in the whole city, carved by two brothers who sculpted its two sides independently and without following a joint pattern.

Now that you know what to see in Jaisalmer, you just have to go and enjoy the city, it will be an unforgettable gift for your eyes.

Read More
Banganga – a curious center of the world