Marbles, rich carpets, porcelain, impeccable service … it is worth investing in an exclusive trip and feeling Maharaja for a few days. These are the five palaces to sleep in India that we propose to you.

They were revered, admired and even worshiped . The Maharajas lived in a separate world displaying a luxury that reached levels never before seen in the history of mankind. When Queen Victoria of England was proclaimed Empress of India, in 1858, the Indo-British government was dissolved. From that moment on, the construction fever of the Maharajas increased, and it was the time when the most spectacular palaces in India were built. It was the way they manifested their own identity to the outside world. In the middle of the 20th century, many of these palaces were handed over to the Government. Others were converted into palaces to sleep in India . 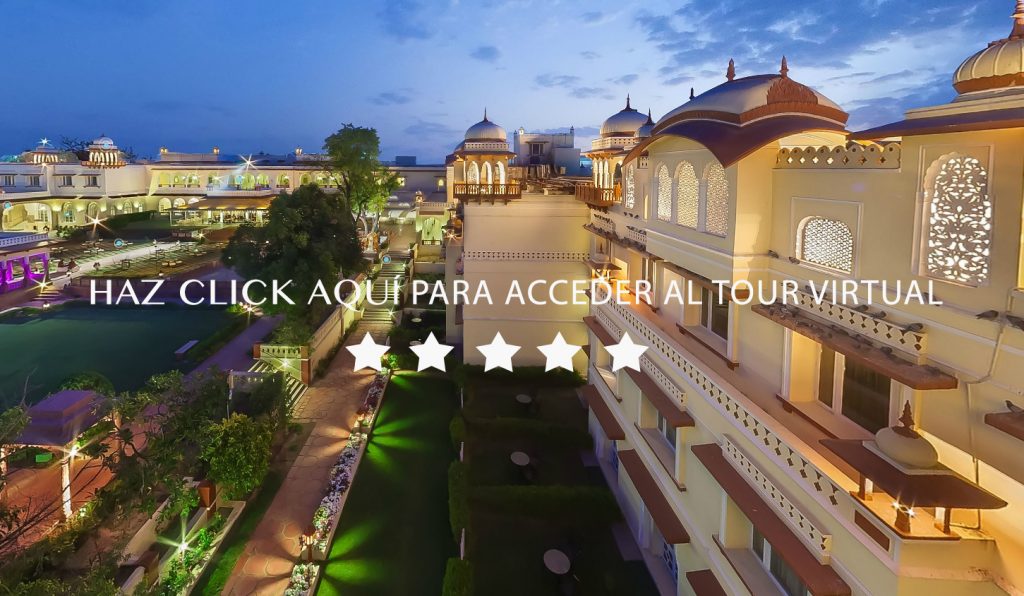 The Jai Mahal Palace was built in 1745, and is probably the construction that best represents Indo-Saracenic architecture. It was the residence of three prime ministers of Jaipur and is currently a luxury five-star hotel with 94 rooms and six suites belonging to the Taj Hotelschain . Its privileged location allows the traveler to enjoy the charms of the pink city: Amber Fort, Hawa Mahal, City Palace … You can not miss its colossal Mughal garden of more than seven hectares … Do you dare to walk around on this virtual tour? 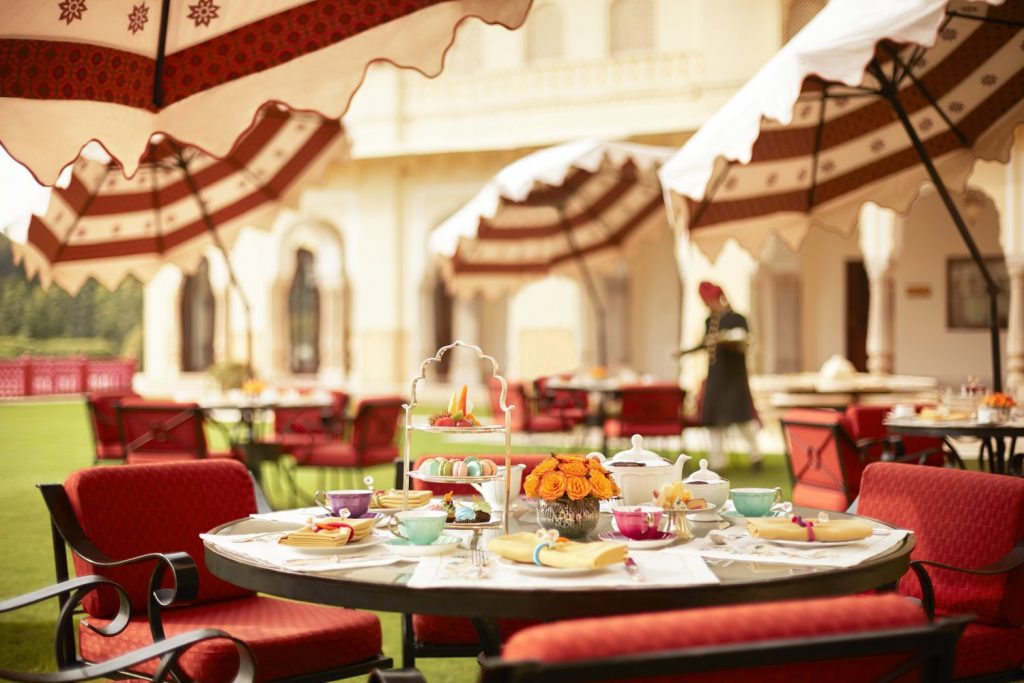 One of the best palaces to sleep in India , the Rambagh Palace dates from 1835, it was the residence of Maharaja Sawai Man Singh II and his wife, Queen Maharani Gayatri Devi. With 78 rooms and suites that were the royal chambers of the last Maharaja, it exemplifies as few the glory of the palatial dynasties in India: hand-carved marble, incredible sandstone balustrades, gardens, French-style dance hall with imposing chandeliers. crystal… 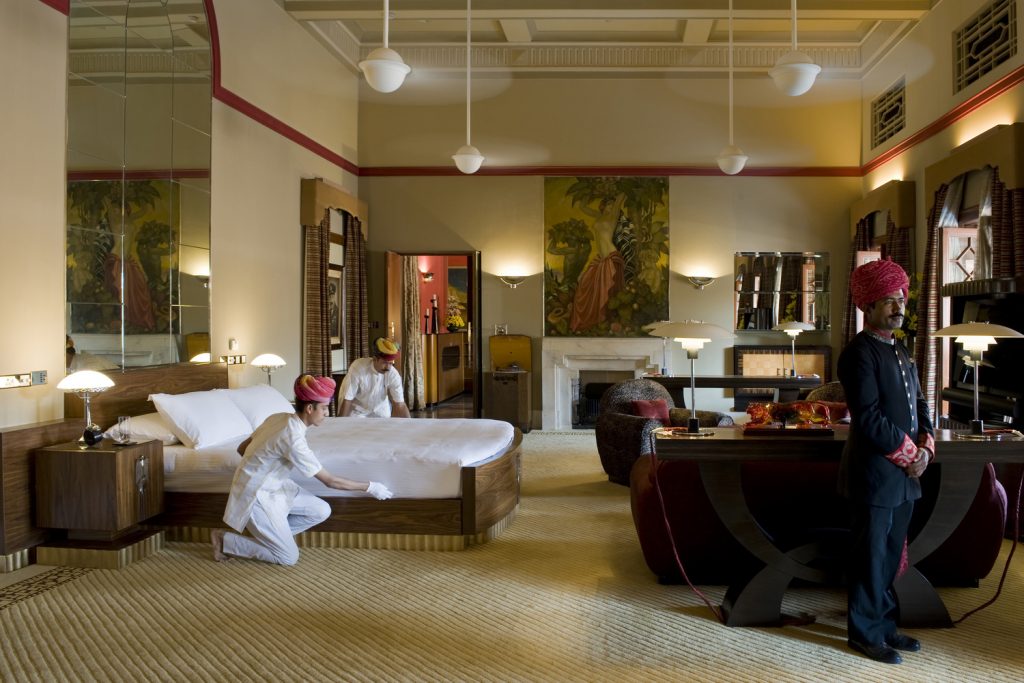 It is one of the five most impressive palaces to sleep in India thanks to its size . The Taj Umaid Bhawan Palace continues to be the home of the royal family of Jodhpur. With 347 rooms and more than 100,000 square kilometers of gardens, it is the sixth largest private residence in the world. It uses the same marble as the Taj Mahal. 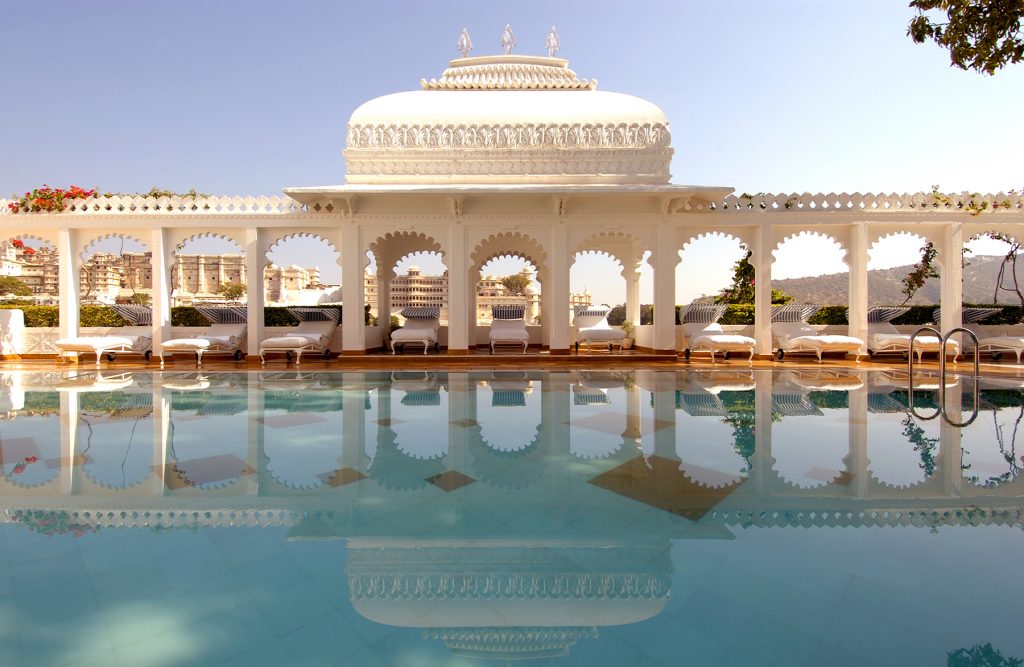 It is the most romantic hotel in  India that we have selected. It was built in 1746 as a place palace for Maharaja Jagat Singh II. This ruler ordered to build his “whim” on an island in the middle of Lake Pichola , and its idyllic location has turned him into a focus of films. like the famous ‘Octopussy’ by James Bond. 66 luxurious rooms and 17 large dream suites. 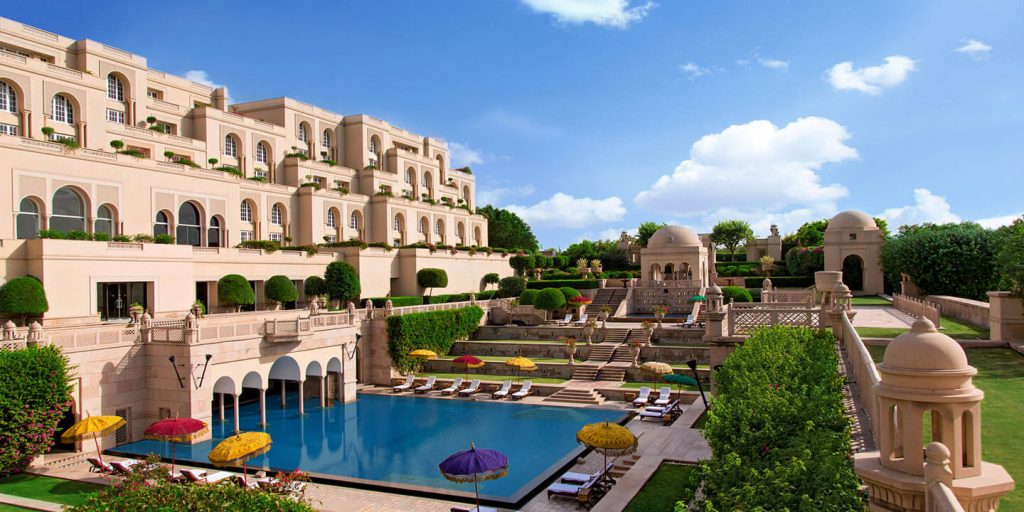 Walking through the interior of the Oberoi Amarvilas allows the subconscious of the traveler to travel to a time when the Mughal princes and emperors dominated not only the art of war, but also the palatial one. Inner gardens, rich fountains, serene pavilions … this spectacular hotel of the Oberoi chain is located just 600 meters from the Taj Mahal. What more could you want?

Best Things to do in Blue City Jodhpur in Rajasthan