Many people ask me what is it like to live in India? The answer that I can give you here will never be impartial or objective, but I will try at least to be as close to the reality that I live.

I could start by saying that the effect of the famous globalization is noticeable in any area of ​​reality, although of course it varies as the purchasing power of the people varies and in this country the variation is enormous. 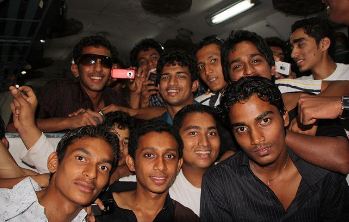 In general, teenagers and young people in Delhi listen to the same music as young people or teenagers in Europe or the US, dance in the same way and dress in the same way.
Everyone likes to do the McDonald’s route or the Pizza Hut and drink Coca-Cola, Fanta and the same soft drinks that they offer in the cafeteria next to my parents’ house in Badajoz.
The majority of young people (well, adults) live close to their mobile phones and talk more with friends via the Internet or SMS than in person … and to have fun they do the same thing that we have done and / or do all of us: go out with friends to have dinner, to have a few drinks, to dance or to listen to music.
The youngest usually make plans at home with one or the other. It is rare the day that one of my children does not come with any invitation to go to play, to sleep or to a party at a friend’s house. Or on the contrary, distributing invitations to his friends to come to our house … I have to admit with a certain sorrow, that my social life is not only conditioned by yours but that it is much more scarce!

At the time of eating , for example and saving the differences as the use of spices and spiciness, the concept otherwise we have, in my opinion, many similarities. 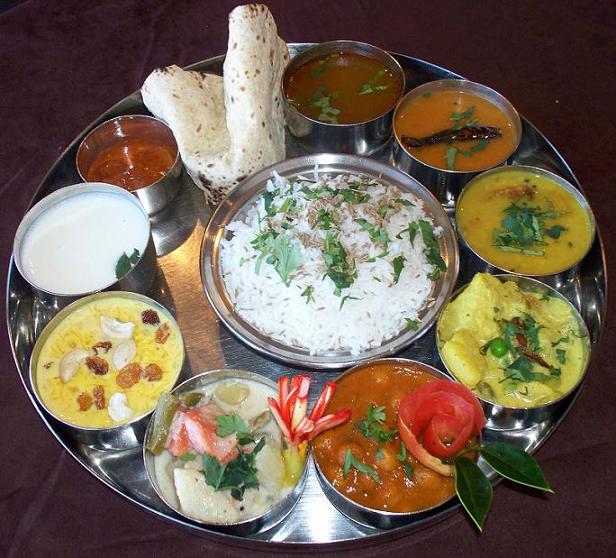 For example, here they use some trays compartmentalized with different specialties in small quantities, but if we took everything out of its compartment and placed it on different plates around the table, we would be in front of a spectacular “tapas”. And not only that, here the moment of the meal is a moment of sharing, of chatting, of meeting … one does not eat “in a hurry” as in other European countries, here it is, as in Spain, a way of socializing. The fundamental difference in this sense is that the order of the after-dinner varies: in Spain we always do it when we finish eating or dine, we move to the armchairs (or without leaving the table) and start the conversation, the drinks, etc. lengthening until each one decides to leave or until they throw us … Here it works the other way around, and in a certain way it also has its advantages; here the talk, the glasses and the rest of the paraphernalia happens at the beginning, when arriving and while little by little all the guests are incorporated. The duration is indeterminate and depends, either on the desire of the hosts, or on the trust with the guests, but what is clear is that going to the table is the diplomatic announcement of the “beginning of the end”. That is to say, that all the diners know that once the meal or dinner is over, it is time to say goodbye because the party is over.
As I say, this has its advantages, since you do not depend on the last of the usual heavy to go to bed, but the bad thing is that if you are invited to dinner at 8 pm and things go well (nice environment , entertaining, fun …) then they can give you 12 o’clock at night and you’re still waiting for dinner. And if you arrive at 8 pm and you pass to the table at 9 pm … Uhmmm … or the group is not very entertaining or the hosts are looking forward to the celebration …

The pace of life in general in a city like Delhi does not have much to envy the “run-run” to which we are subjected in most of the major cities of Spain.
The great distances, the traffic, the pollution, the stress, the hurry and other “characteristics” of the modern life are the daily bread also in Delhi. Although here perhaps it will help us cope a little better with the working hours (“official”), which is usually from 8.30 am / 9 am until 5.30pm / 6pm, with a brief break of 1 hour for the meal, which allows (to non-workaholics) return home at a reasonable time and participate in family life …

The similarities in daily life between life in India and Spain are many, which sometimes forces you as a foreigner to make an effort to avoid falling into the routine of a “globalized” life and to continue discovering the other wonderful things from India, those that make us different and therefore suppose the true richness of living here.

And of these there are also many, some are quickly assumed and incorporated into your daily routine codes, such as different ways of greeting based on differences in age, sex, position, the importance of body language in everyday relationships, the meanings of their parties and traditions , etc.

But besides all this, there is some fundamental difference in the way of understanding life in a broad sense, and I do not refer to the life-death process as a cycle, where karma and reincarnation are, for our western minds, something difficult to understand and even more to assume …

I refer to another type of process, which speaks of the indivisible union of the mind and the body, and that in one way or another pervades everything and becomes tangible through the daily practice of thousands of different types of meditation, yoga, alternative medicine , healing through energy, etc., etc. All this coexists not only as complementary forms of Western medicine, but as a philosophy or way of life in itself. 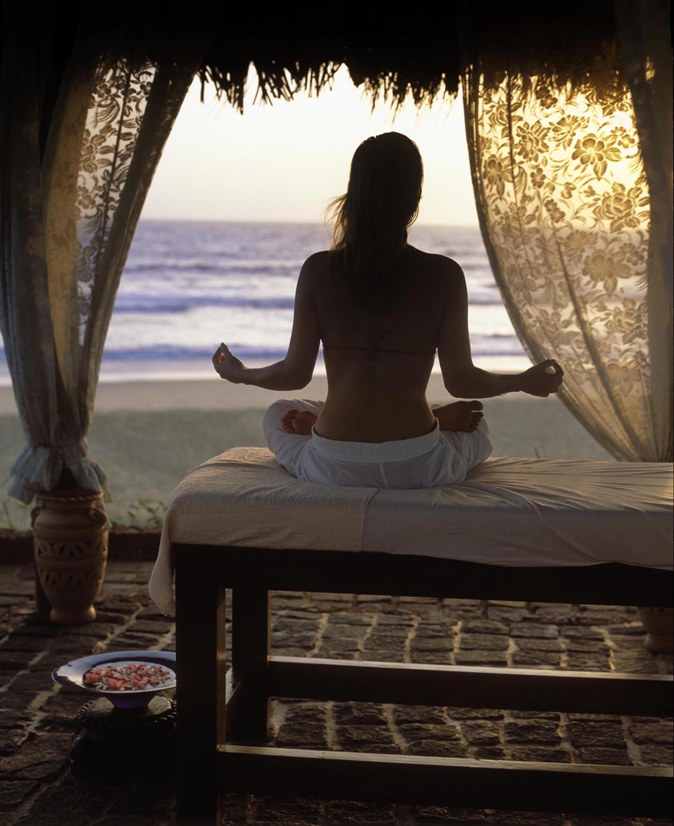 This concept, which we must explain slowly and attach all the scientific explanations that support it, here is something natural, something that is simply known and that everyone applies using the technique that they like or that adapts to their needs : whether it’s practicing yoga , reiki, prana healing, reflexology, vipasana meditation, aromatherapy …
I sincerely believe that this part makes an essential difference in our ways of seeing life. Here there is no doubt about the importance of the development, training and care of the mind for the body . Nobody doubts the intimate connection that unites them and that the best way to help our body is exercising to have a healthy, relaxed and positive mind.

This whole concept becomes a “world” in itself and offers us the possibility, through the learning of millenarian sciences and philosophies, of incorporating into our almost identical “globalized lives” the elements that make a country like India unique .

And that is one of the great advantages of living here (or actually in any other country different from yours): to make that experience become a sum, which allows us to incorporate into our life curriculum elements that enrich and add , not that they remain.

Everywhere, whether Spain or India, we have our own identity, our specific problems and our possible solutions. None are better or worse than the others, they are simply different and that is precisely where wealth lies.
If all of us could create our relationships based on all the elements that unite us, and consider those that differentiate us as a possible source of enrichment and not “threat”, respect, understanding and tolerance would have the place they deserve in our societies.

Things About Sariska National Park You Have To Experience It Yourself

Important facts that you should know about Tadoba National Park and Tiger S...