The nocturnal visits in the Golden Triangle complete the classic itinerary of north India. Forts, temples and cenotaphs take on a new dimension under the starry sky.

Night visits in the Golden Triangle: Delhi at night

The capital of India is a city that never sleeps. When the sun goes down, a swarm of neon lights emerges and street markets are reborn from lethargy, especially in the hottest months. It is also time for some of the most exceptional experiences that Delhi offers . In Nizamuddin , the daily Sufi music concert begins in honor of the Muslim saint buried there. The musicians sing hypnotic qawwali songs in front of a tomb where devotees do not stop to ask for favors from the saint.

Among the classics of night visits in the Golden Triangle , is Old Delhi . The Muslim neighborhood par excellence explodes activity at sunset with street restaurants exposing all kinds of delicacies and eager shopkeepers to close the last deals of the day. Inside the Red Fort , a light and sound show is projected that tells the story of Emperor Shah Jahan, another way of seeing one of the most impressive sets of indomusulman architecture .

The third essential place in the nights of Delhi is India Gate with its impeccable lighting. The place is a meeting place for locals who come to enjoy the fresco on this wide landscaped avenue. If you are looking for a little move you should go to Hauz Khas Village, the trendy neighborhood in India , where an abundant culinary and nightlife offer attracts young and not-so-young people from all over the city. 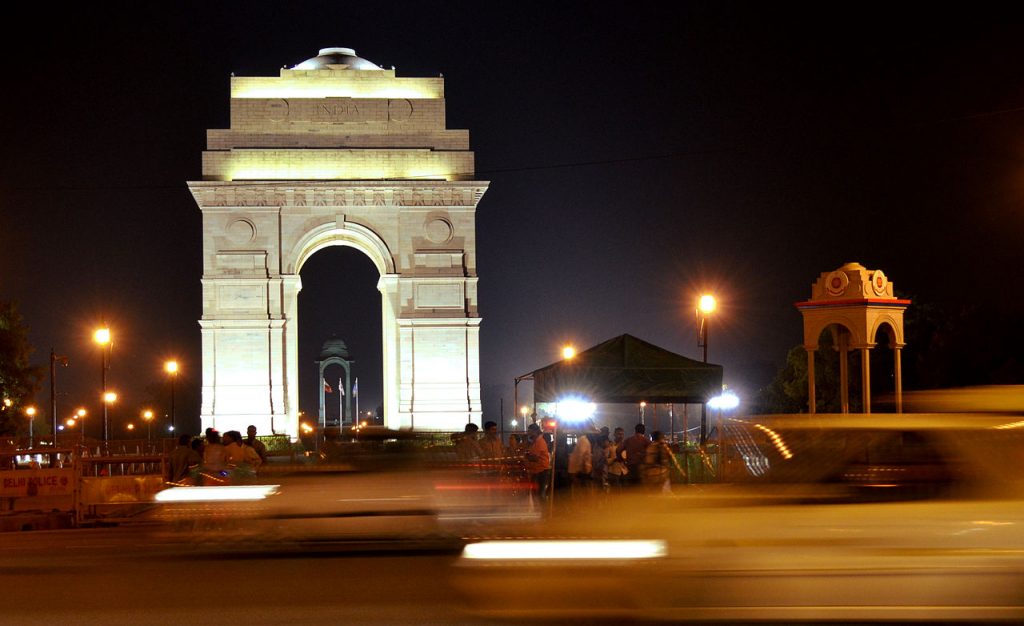 Night visits in the Golden Triangle: Agra and Jaipur

There are many monuments in India that have opted for the installation of a light and sound show. In Jaipur , without a doubt, the most attractive is the Amber Fort . During the day on the back of an elephant, you get to the bustling entrance courtyard and, instead, at night you will find the bare architecture and silence of this small town. Another exceptional place is the Jal Mahal , the palace on the lake that often goes unnoticed and that thanks to the chromatic games and classical Indian music regains its splendor.

However, probably the most romantic among the night visits in the Golden Triangle is the full moonlight ride at the Taj Mahal . The immaculate marble of the largest monument built by love reflects the moonlight creating a magical atmosphere in the middle of the Persian gardens. It is important to book in advance because it only opens on the dates indicated and with limited capacity to make the experience as exclusive as possible.

5 Places of incredible adventure in central and western India

Facts about the Spiritual City of shrine Varanasi in India