This photo tour of india takes the photographer from bustling Delhi, straight to the heart of North India. Rajasthan, land of Rajputs and Maharajas, an epic photo adventure to fairytale palaces, magnificent forts, and of course the dizzying Pushkar Camel Fair.
Facts and HistoryInformational

The tantra or Tantrism is an esoteric tradition that pays special devotion to worldly pleasures as a means to attain spiritual realization.
Its practice is so deep and complex that it would take a lifetime of study to come to understand its true meaning.

According to Tantrism, the divine energy that creates and maintains the Universe is the same that intervenes in our daily acts. Therefore, to achieve spiritual realization, one must not renounce material temptations, but fall into them, appropriate their energy and use it as a vehicle on the way back to the original source that, in the case of the Hindu religion , It’s Shiva.

Tantra embraces all forms of creative life and praises the beauty contained in the small details that the Universe gives us: art, music , philosophy, dance, sexuality … Nothing is good or bad. Everything is composed of complementary polarities and forces that form the All.

For Hinduists, there are two aspects of tantra. The ‘slope of the right hand ‘, which is limited to visualization in a mental plane; and that of the ‘ left hand ‘, which puts into practice what the other only visualizes in a conceptual way. Both doctrines reject aspects deeply rooted in Indian culture through Brahmanism, such as the caste system and patriarchy. Despite this, tantrism was accepted by the high castes, notably including the Rajput princes.

Although there is no definitive account of the origins of Tantra or its multiple meanings in Sanskrit, Hinduism uses certain texts in the form of a dialogue between Shiva and his consort Devi, in the roles of teacher and disciple.

Sir John Woodroffe .
One of the great disseminators of Hindu tantrism in the West was the British Sir John Woodroffe, also known by his pseudonym Arthur Avalon , who in the early twentieth century wrote numerous books on tantrism, many of which are used today as a bibliographic reference . Sir John Woodroffe served as judge of the Supreme Court of India during the 1890s. 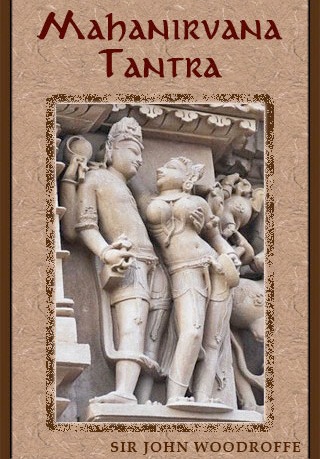 Neotantra, the tantra of sex .
In the West, the term tantra or tantrism is often misunderstood by associating it solely and exclusively with sexual practices that seek to awaken the kundalini energy through what in Hinduism is known as maithuná, a Sanskrit term meaning “woman.” This interpretation of tantra is known as neotantra.

The Neotantra, driven by the New Age movement, broke into the West in the mid-twentieth century under biased appellations such as ” sex yoga ” or “tantric sex.” This “sex therapy” uses a series of mind control techniques designed to address sexual life from a mystical-revealing perspective.

Tantrism in other religions .
In addition to India, Tantrism is present in other countries or territories such as Bhutan, Korea, China, Indonesia, Japan, Mongolia, Nepal, and Tibet, where it is practiced through other religions such as Buddhism or Jainism .

In Buddhism, Tantrism is marked as a fast path to enlightenment.
Tantras (teachings of tantra) are written symbolically, often in the form of abstract poetry, so their understanding is … complicated.