In 2018, India is poised to become the 5 th largest economy. An event that reflects the exponential growth of this country where culture, religion, wealth and poverty mix with colonial legacies, not to mention real contrasts between northern India and southern India.

India is a country that intrigues and arouses the curiosity of the most adventurous travelers seeking authenticity and openness. Often known as a country where it is necessary to be well hooked to visit it, India transports, questions, surprises. This is one of the reasons why it is often difficult to put words on this colorful country … “Incredible India“, that’s how we qualified our trip to India during 3 weeks of visits and discoveries.
For all those who would consider a trip to India in 2018, we decided to give you a little summary of the 10 essential steps of a trip to India.

Agra: the incredible Taj Mahal and his fort

The Taj Mahal is without a doubt the most famous monument in India. Located in the small town of Agra (about 200 kms from Delhi), this splendid white marble temple was built by Emperor Shah Jahan in memory of his deceased wife. A testimony of love built on the banks of the Yamuna River, visible from the Red Fort of Agra where he was staying at the time (another impressive monument to visit during your stay in the city). For the history, the construction of this marvel of architecture will have lasted 22 years and required the participation of more than 20 000 men! We advise you to visit the Taj Mahal at sunrise, when it appears in a pinkish hue.

Jaipur: the capital of Rajasthan 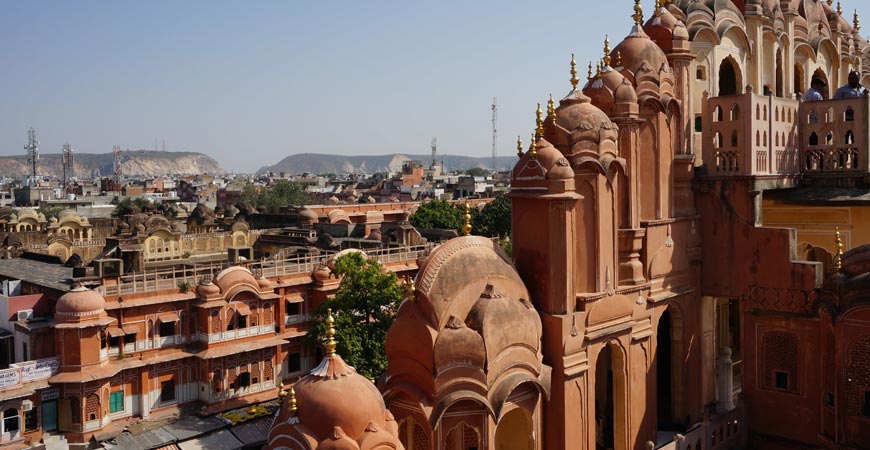 Capital of the state of Rajasthan, Jaipur is nicknamed the pink city or the red city, because of these numerous monuments and houses of color which characterize it. In this lively city of North India, discover Hawa Mahal (the Windy Palace), Amber Fort and City Palace (where the royal family still resides). Admire the Jah Mahal (the floating palace), but do not forget to lose yourself in the bazaar downtown where are mixed silk shops, spices and objects of all kinds.

Varanasi: the holy city of ‘ Hinduism

For every Hindu, “The Ganges” is known as a sacred river. The city of Varanasi has become a high place of spirituality because of its location. Located on the banks of the river, it is aujourd ‘ hui known for its 88 ghats (set of steps that cover the river banks and allow her access). Most Ghats serve as a bath for purifying themselves while others serve as a place of cremation from which 150 people are burned or sunk every day. It must be said that in the Hindu religion, coming to be cremated in Varanasi is the best thing that can happen to him is the ultimate reward and access to heaven assured. Oppressing for certain travelers, mythical for others, Varanasi will not leave you indifferent.

Cochin: the beaches and calm of Kerala

The Kerala is a beautiful tropical area south west of India. It consists of a network of rivers, lakes and canals all around the city of Cochin called “Backwaters”. Long stretches of beaches and huge fruit trees abound. If you are looking for a quiet place, away from the crowds and noise that are usually found in India, you are in the right place. Go exploring the Nilgiris in the Western Ghats and admire the falls of Athirapally.

Located between the Himalayas and the Karakoram Range, the Ladakh region is located in the far north of India, in the Indian state of Jammu and Kashmir. Sometimes called Little Tibet, this cold desert is famous for its mountainous landscapes, temples and Tibetan Buddhist culture. Unlike the rest of Jammu and Kashmir, which is predominantly Muslim, Ladakh is a predominantly Buddhist region. Most people in the region speak Ladakhi, a dialect close to Tibetan.

Delhi: the capital of India 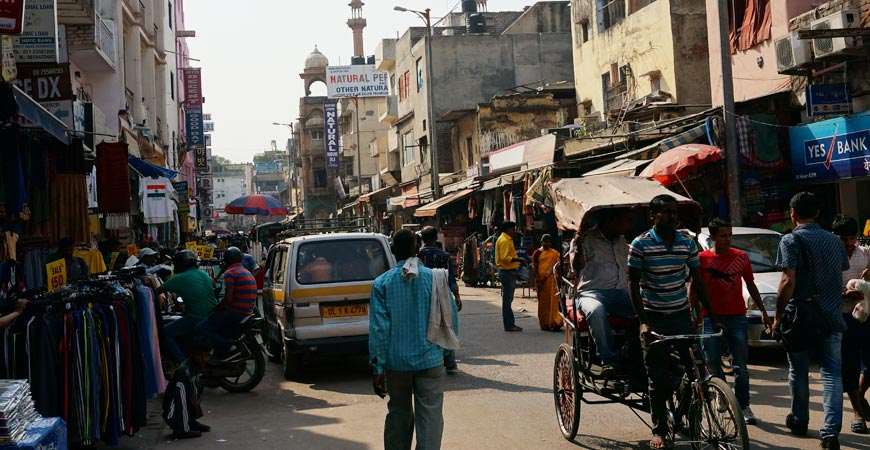 Delhi is a sprawling city that is home to 15 million people, a true melting pot that bears witness to the exponential evolution of India. There are two parts in the city with a striking contrast …
– Old Delhi, a maze of narrow, lively and colorful streets lined with ruined buildings and magnificent temples and mosques. Very popular, this is the most interesting part of the city to immerse yourself in Indian culture.
– New Delhi: The imperial city created by the British is composed of broad avenues lined with trees and houses government buildings, beautiful hotels and beautiful homes.
Hang in there, the tingling and the Rickshaw honking (the “Tuk-Tuk” taxi, a must-do in India) can put the nerves of travelers under severe strain .

Jaisalmer: the doors of the desert 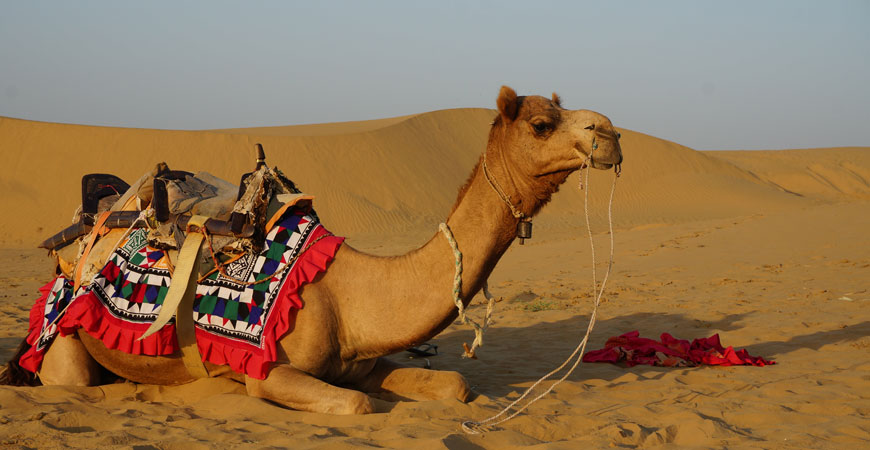 Located in northwestern India, on the extreme edge of Rajasthan and on the border with Pakistan, Jaisalmer promises you an authentic experience. The Thar Desert, which borders the city, offers you exceptional trips through the sand dunes to discover villages and their inhabitants. Do not miss a night under the stars to contemplate an exceptional sky!

Located in the center west of India, Mumbai or Mumbai is one of the most populous cities with twelve million people crammed on the seven islands on which the city stretches. Mumbai is vibrating, bubbling, and dizzy. It is the commercial heart of the country and concrete skyscrapers abound. The main attractions of the country are the many museums of Kala Ghoda, the hanging gardens at Malabar Hill, and the famous India Gate. Mumbai is also the stronghold of Indian cinema, the famous Bollywood.

In the south of India, leave the big cities behind you and head to the hills and greenery. The city of Munnar is located in a peaceful and lush environment, full of tea trees and mountains. Nearby, do not miss the Eravikulam National Park which is home to leopards, tigers and mountain goats.

Located in South India, southwest of Bangalore, Mysore is renowned for the beauty of its architecture. A UNESCO World Heritage Site, its palace is surely the most beautiful building, a mixture of Indo-Muslim art. Discover other architectural wonders, such as the Gothic cathedral of St. Philomena or the beautiful Lalitha Mahal Palace famous for its tea room and its famous dessert Mysore Pak. Also, visit the Mysore Sand Sculpture Museum and stroll through the Brindavan Gardens.

Of course India is a huge country with many riches. This list can not be exhaustive, but we hope that it made you want to go on a trip to India. Now you only have to leave. Moreover, to find the route and a good price, do not hesitate to book your tour