Mausoleums illuminated by the dawn, immense tea fields or fairy tale cities are just some of the prints that make up the magical Indian subcontinent. Scenarios that you can admire from your best perspective through the following best viewpoints in India. 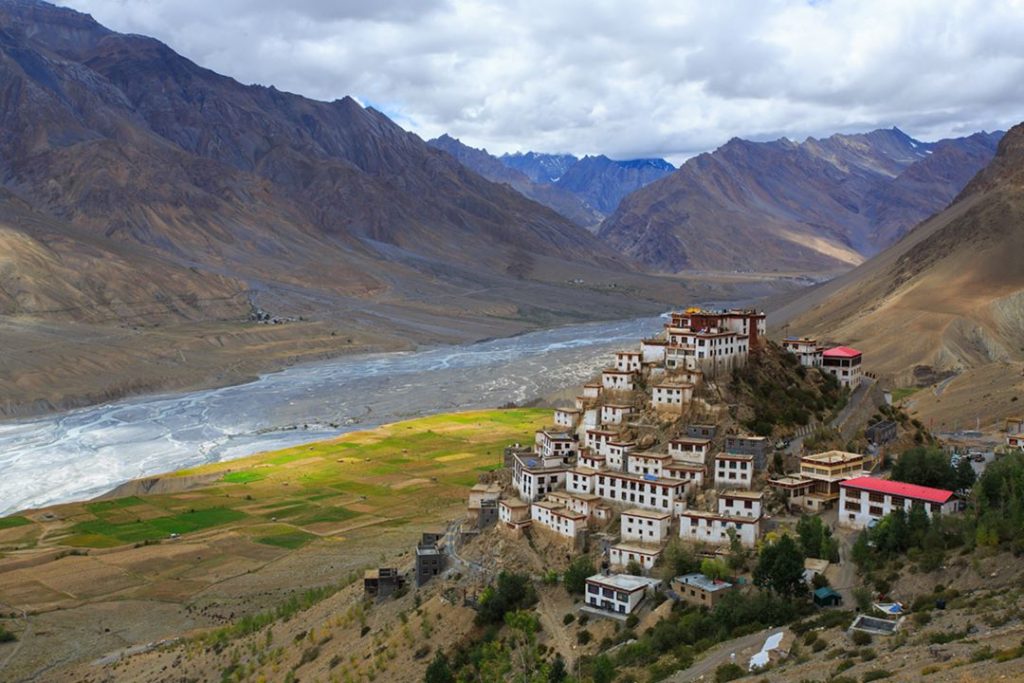 The so-called Spiti Valley , in the state of Himachal Pradesh , is a cold desert between India and Tibet where the passage of the Spiti River between the high mountains gives scenes that take away the breath of the visitor. But it is especially when approaching the Kye Gompa, famous Buddhist temple to 4166 meters of height, when the spectacular of the valley acquires its maximum levels. A set of murals, silent alleys and colored flags conceived as one of the most important training places for “lamas” and ideal to get the best views of the river or the nearby town of Kaza. In case you want to get a panoramic view of the temple, any perspective from the path that descends to the monastery is a good option.

Legend has it that the spirit of Prince Nahar Singh Bhomia wandered through the fortified ring that Amber Fort , Jaigarh Fort and Nahargarh Fort formed around Jaipur clamoring for a tribute monument. Finally, a temple was housed inside the same fort that bears his name and that includes one of the most iconic views of the city of Jaipur . Ideal to start a quiet walk until you end up succumbing to one of the  best sunsets in India surrounding the Pink City . 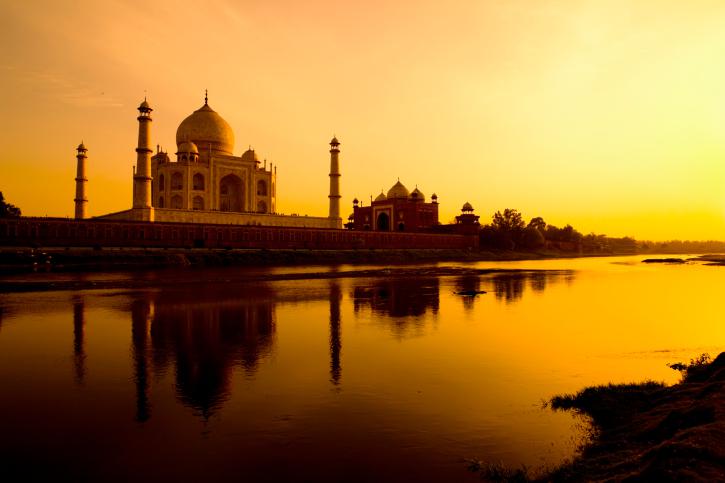 Not all viewpoints have to be located at many meters of altitude. In fact, finding the appropriate perspective of a certain scenario may be enough when it comes to obtaining the best views. In the case of the mythical  Taj Mahal , in the city of Agra , the best position is offered by the famous Mehtab Bagh, one of the gardens that guard the mausoleum from the banks of the Yamuna River , this being the place chosen by Prince Shah Jahan for the construction of a dark colored Taj Mahal that never came into existence. A haven of peace also known as “gardens of the moonlight” from which you get the best panoramic view of a Taj Mahalwhose photographic possibilities are (almost) infinite. And if not, you can always choose one of these best hotels with views in India to enjoy the panoramic between champagne and starry skies. 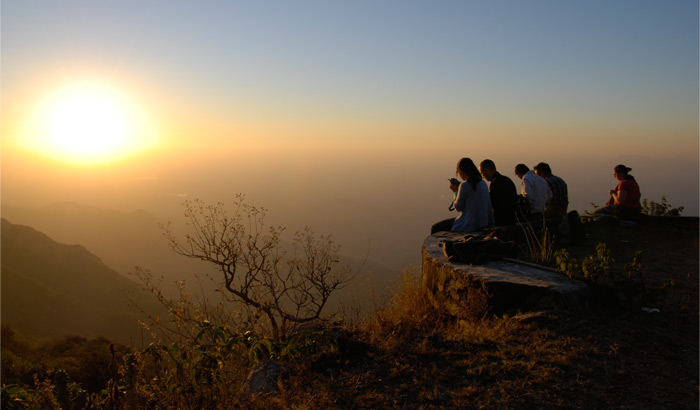 In the district of Sirohi, the mountain range that includes the Aravalli mountains contains different points of interest that go from its monasteries to natural spaces passing through Mount Abu, a place considered as a pilgrimage destination essential for Jainismdue to the set of five nagara temples located in Dilwara . An interesting tour of this border area with the state of Gujarat where we can find the perfect viewpoint from which to contemplate the famous Lake Nakki . A must for those who want to deviate from the typical tourist routes of Rajasthan. 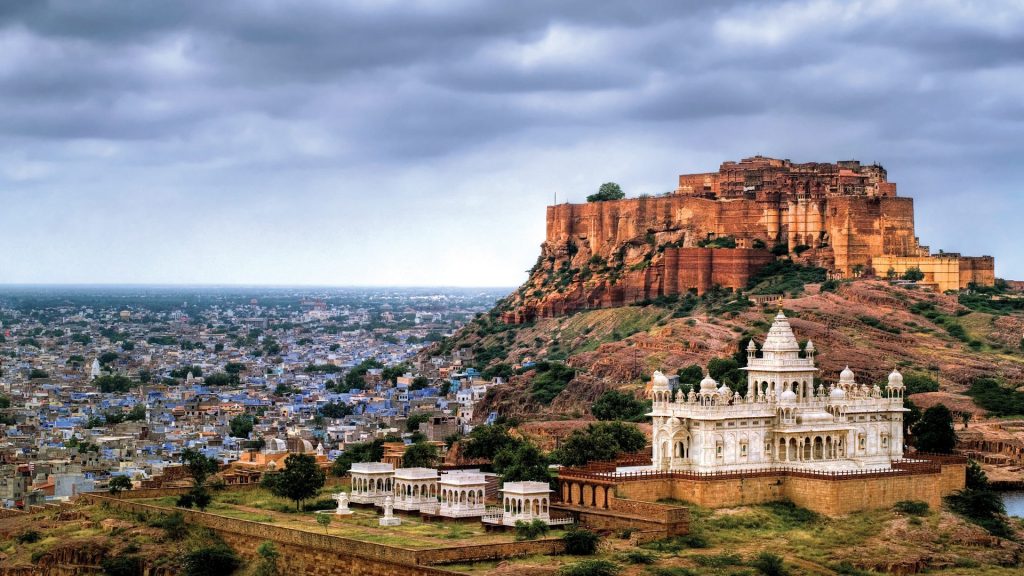 Considered as one of the great strengths of India , that of Mehrangarh, in the city of Jodhpur , becomes the best way to obtain one of the most exciting views of the considered “blue city” of India. Translated as “Fort of the Sun”, Mehrangarth offers several viewpoints that allow infarction views 125 meters high , being one hour before sunset the best time to ascend to this story monument. 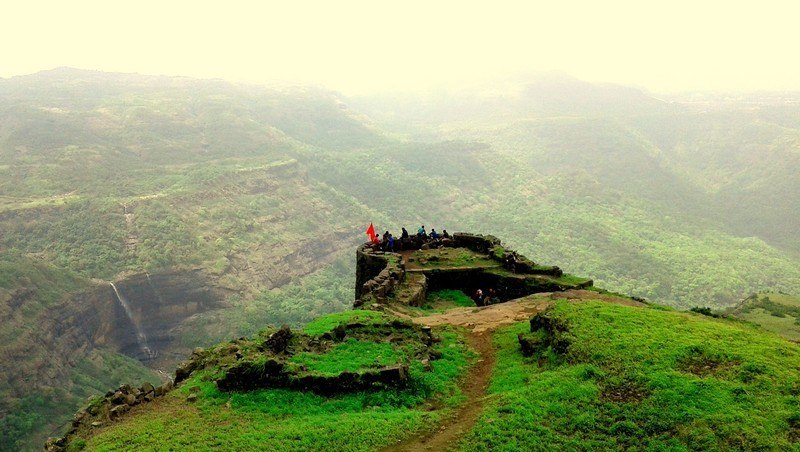 At 64 kilometers from the city of  Pune , the town of Lonavala is the best threshold to some of the best viewpoints in India . Be ready to leave Shivaji market and continue to Amby Valley , where you can find points such as Lion Point, Shivling Point or, especially, Tiger Point , ideal to discover after a rainy season in which a huge waterfall caresses the rocks of this place of dream located at more than 600 meters of altitude. The perfect attraction for a day of dynamic and epic hiking among the great monumental charms of a state of Maharasthra carved in rock. 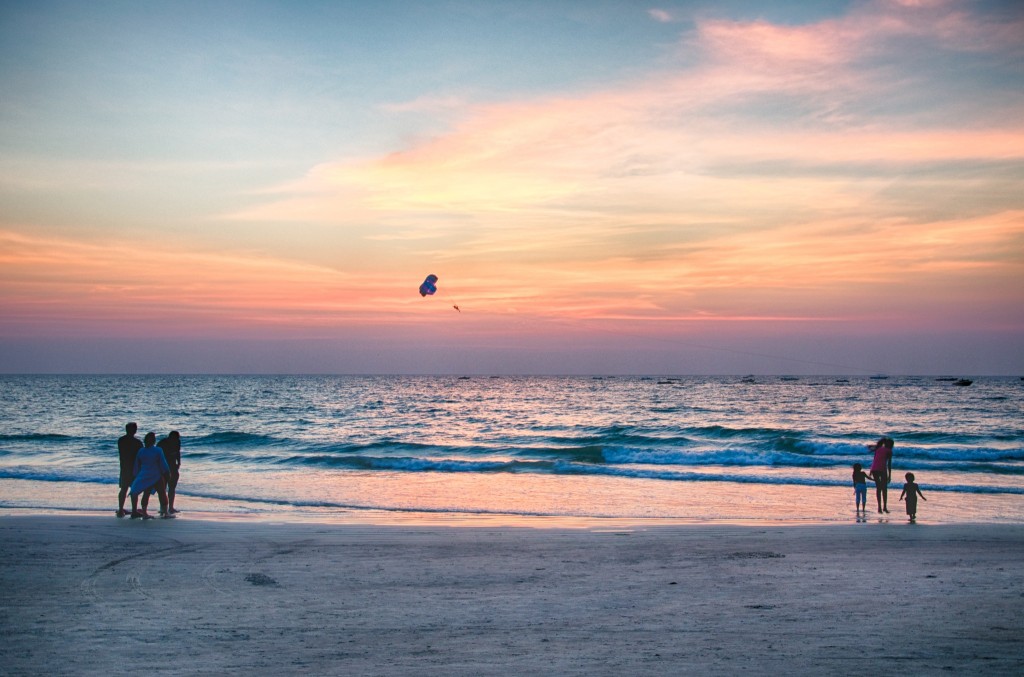 After a sunset at the Taj Mahal, the best place in India from which to get twilight panoramas is the state of Goa . Its location on the west coast of India, its slanted palm trees, sleeping cows and beaches of golden sand make up a unique setting from which to contemplate the escape of the sun while you take a cocktail on beaches such as Anjuna, Palolem or Arambol , one of the most pleasurable delicious to experience in the smallest state of India. 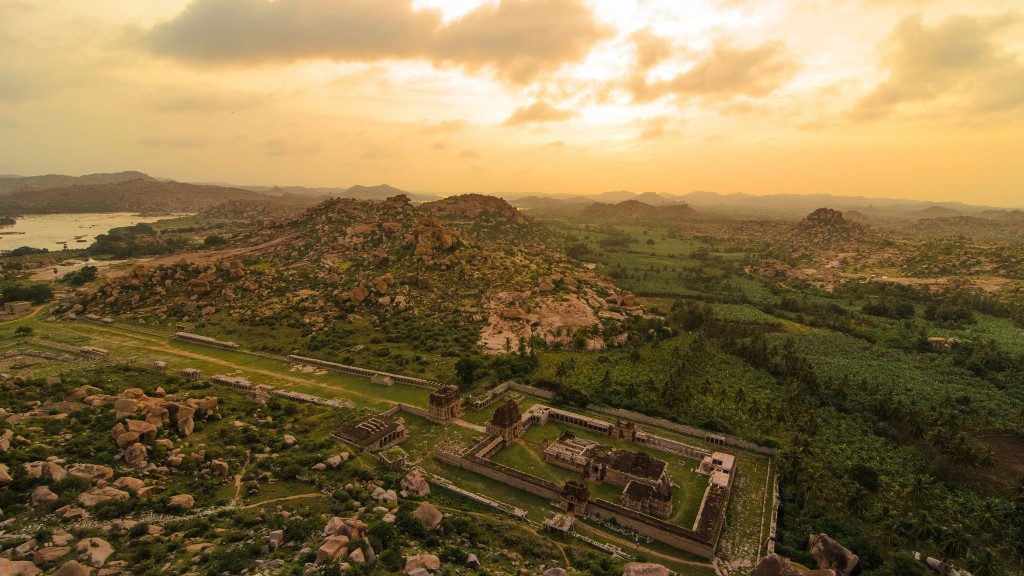 The 350 temples that make up the Hampi complex , the biggest attraction in the state of Karnataka , find in its famous Matanga Hill the best excuse to admire this monumental spectacle. A privileged position to reach after 30 minutes of walking from various points (the Hampi Bazaar Street is the most recommended) and climb between steps and ruins that remain intact from the presence of the Vijayanagar Empire that erected its most lavish city. The reward after reaching the top comes in the form of the most beautiful sunrises and sunsets you have seen in addition to its potential as a perfect place for lovers of photography . 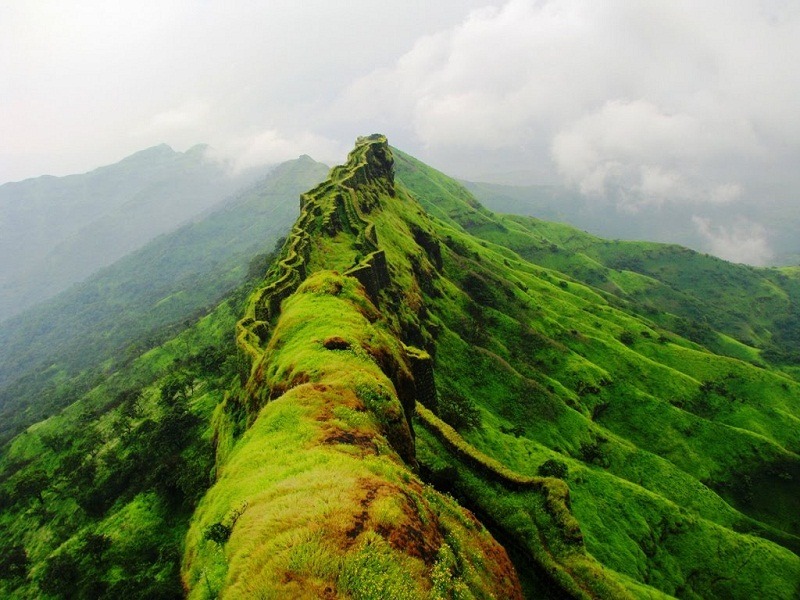 Although Hampi is the jewel of Karnataka, the state of the incense and the temples finds in Chikmagalur another of its great attractions. A town embraced by the famous Western Ghats considered one of  the best places of retreat in India , especially when it comes to a land surrounded by waterfalls, lowlands and mythical coffee plantations. An ideal place to relax and take the route to the Chikmagalur Hill Station , elevation of 1900 meters from which you can get some of the most exuberant views of India, especially after the rainy season . 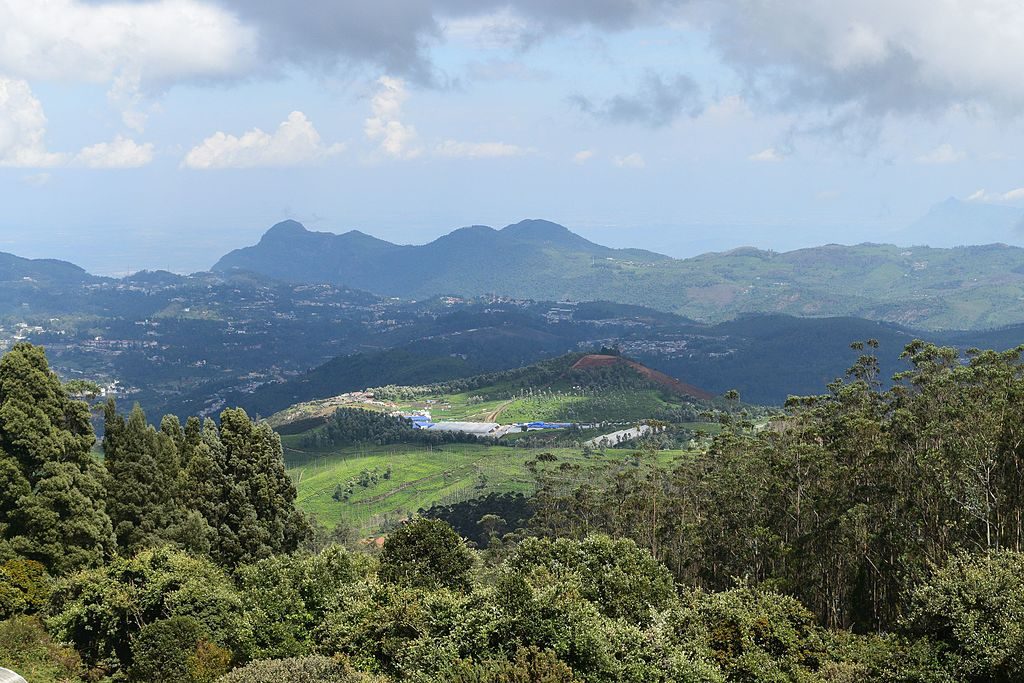 With more than 24 peaks exceeding 2 thousand meters , the mountain system of the Nilgiris , to the west of the state of Tamil Nadu , is one of the most fascinating sections of the known Western Ghats. And what better way to get the best views of this epic place from its highest point: Diddabetta, the highest mountain of the Nilgiris thanks to its 2637 meters high  and a viewpoint to access from the town of Ooty to succumb to the charm of its nomadic peoples, forests and infinite skies. Do not miss a visit to Telescope House , Doddabetta observatory where you can see the area through its two telescopes. 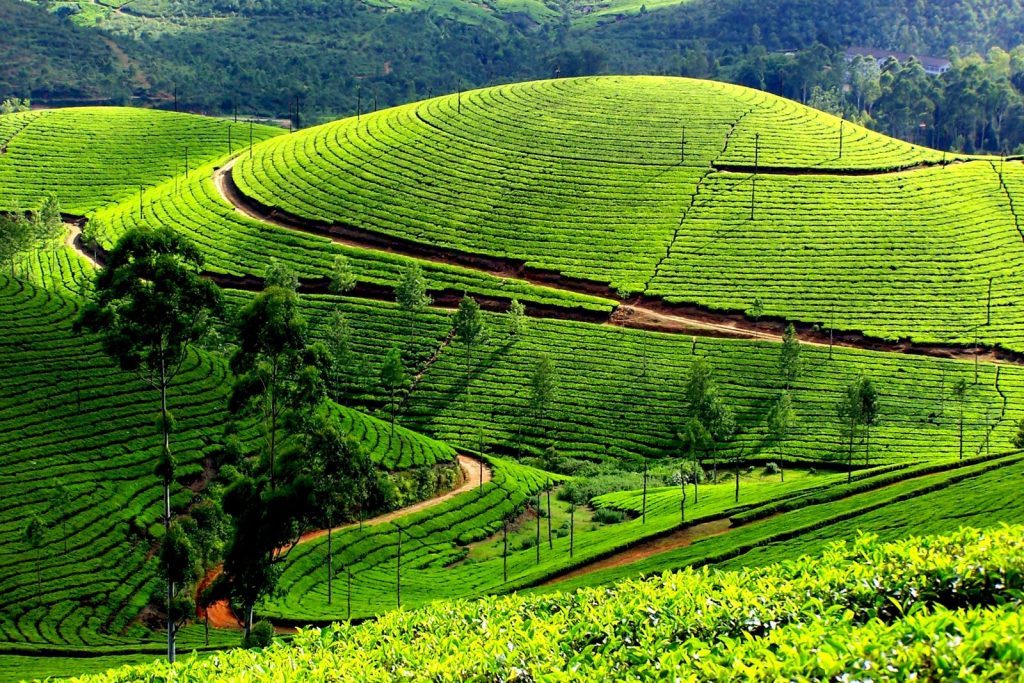 The tea fields of Munnar , in the state of Kerala , make up one of the most characteristic tapestries of the Indian giant, inviting the visitor to intermingle with its people, feel its serenity or find the best views. A pastime that you can enjoy after traveling the 3 kilometers that separate the famous Pothamedu View Point from the forest of Munnar . The perfect spot from which to get a breathtaking view of the green tea fields illuminated by the sunset before descending to the famous backwaters of Kerala where, yes, the view is obstructed by thousands of palm trees that incite to discover their mysteries. 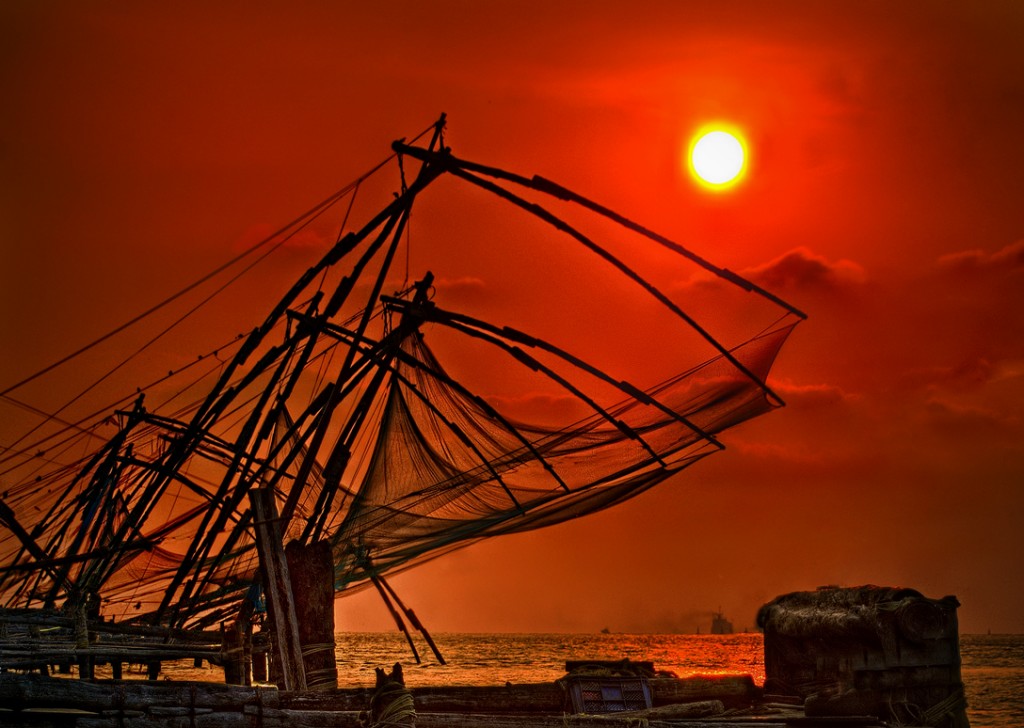 As with the Taj Mahal or Goa, Fort Cochin is another view that does not require climbing or trekking routes . In fact, just approach the end of the old town of the town famous for its spices to sit, taste a mango lassi and stop to watch the local fishermen draining the famous Chinese nets . Icons installed in the port and, especially at dusk, simulate the fishing of a horizon through which five hundred years ago the Portuguese arrived to change the history of the Indian subcontinent. 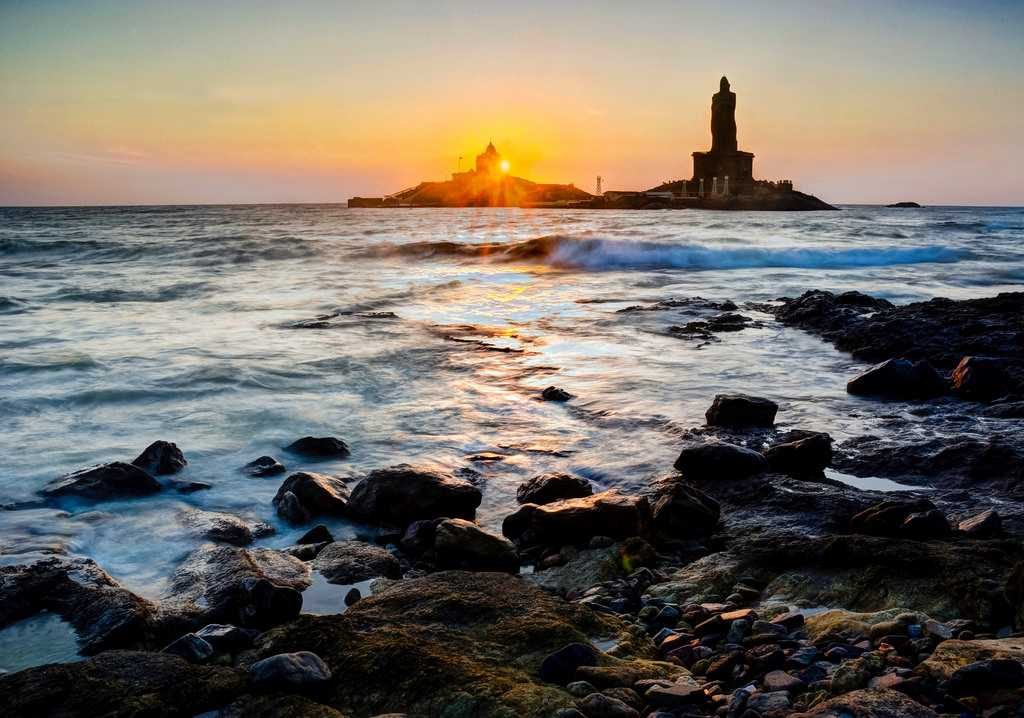 The southernmost point of India is called Kanyakumari and is located on the Coromandel coast , where the Bay of Bengal, the Arabian Sea and the Indian Ocean hatch. A picturesque place famous for being one of the richest in Indian culture and languages ​​where all eyes are turned around the 40 meter statue of Thrivulluvar , erected in honor of the Tamil poet Valluvar. A presence that blesses the contrasts of South India as well as a Sunset View Point that, especially on full moon nights, allows you to contemplate the sun and the moon in the same sky giving one of the most spectacular views of India. 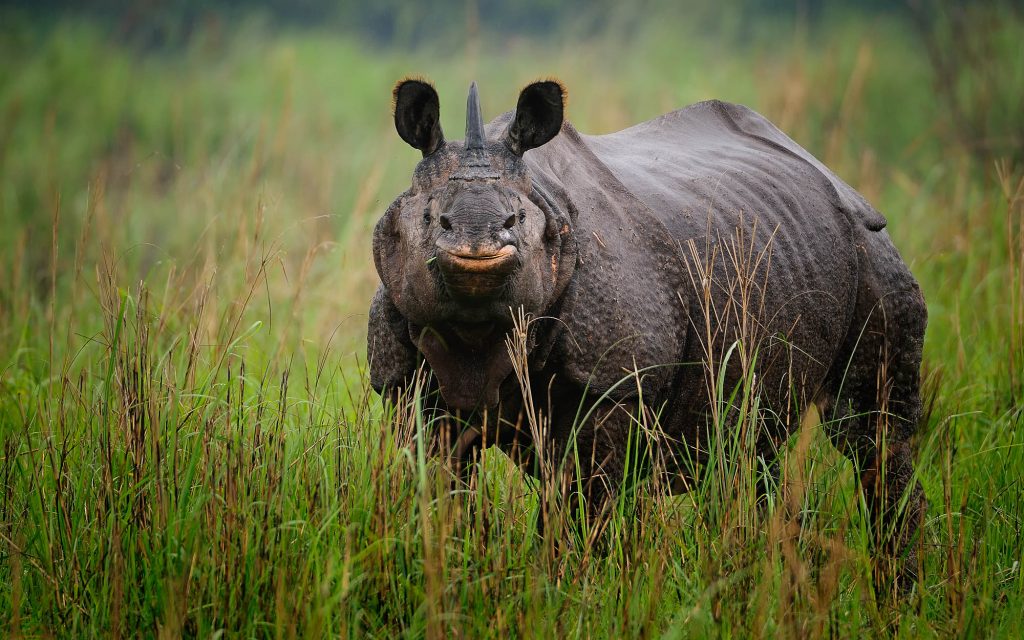 If you approach the unknown state of Assam, in the northeast of India , you will discover a noble and clean land, waterfalls worthy of a Hindu epic and natural spaces such as the Kaziranga National Park , a paradise where the largest population of single-horned rhinoceros dwells. all of Asia . A place that encompasses wetlands, forests and plains where you can observe these curious inhabitants, being the viewpoint of the rhinoceros of Bagori, one of the most exclusive glamping areas of the park, the best place to lean out with binoculars around your neck to observe some rhinos that dot a carpet of hundreds of greens. Undoubtedly, one of the best viewpoints in India .