0
SHARES
ShareTweet
THE BEST OPTION TO VISIT INDIA FOR THE FIRST TIME. 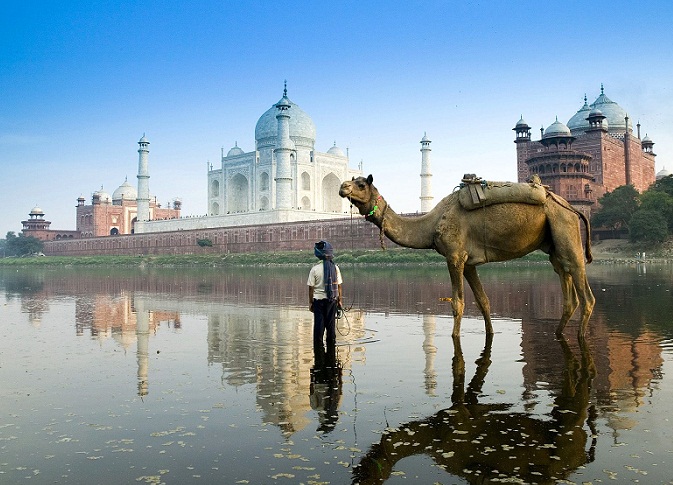 The Golden Triangle or Golden Triangle is the most popular tourist circuit among trips to India. This tour is made up of three of the most beautiful cities in India: New Delhi, Jaipur and Agra .

The tour is usually done in 8 or 9 days, in which the best monuments and destinations in India are visited.

Usually, the trip through the Golden Triangle usually starts in New Delhi, capital of the Indian Republic. Two of its monuments have been declared World Heritage Sites: The Qutab Minar and the Tomb of Humanyun. Other places of interest are the Red Fort, Laxmi Narayan Temple or India Gate, the Raj Ghat or Mahatma Ghandi memorial, the remains of Purana Quila, the Lotus Temple and the Rashtrapati Bhavan, former residence of British viceroys and current presidential palace.

The circuit through the Golden Triangle , continues through the pink city: Jaipur . It receives the name of pink city, because it was built with pink stucco, a material imitating the sandstone. The places of tourist interest of this city are: Jal Mahal, palace located in the center of a lake; Hawa Mahal or Palace of the Winds; Jantar Mantar; The Palace of the City, historical residence of the majarashas; The Jai Singh Observatory; The Amber Fort and the Albert Hall Museum.

The city of Agra , capital of the ancient Mongol empire is the last destination of the Golden Triangle. Agra, located on the banks of the Yamuna river, is a must-stop on any trip to India . Its most important monument is the Taj Mahal , one of the 7 wonders of the world, as well as the most important mausoleum. Other sites worth visiting are The Red Fort, the most important fortress in India, The Mausoleum of Akbar the Great, The Mausoleum of Itimad-Ud-Daulah, and the Ram Bagh Gardens, the first Mughal gardens.

Thanks to the   trip through the Golden Triangle of India , we can have a first impression of a multicultural, chaotic country of exceptional beauty.

In this area of ​​India there are months that a long, long time ago, heat. That’s why we recommend avoiding the months from April to July .

The ideal time is from December to February, when temperatures drop a lot.

Itinerary to travel to the Golden Triangle in a week

A hypothetical itinerary to travel to India a week would be as follows:

Why the Golden Triangle is a good option

As we already mentioned, the Golden Triangle is a good option to have a first approach to India, mainly for those who do not have too much time to devote to the country. Here are 6 reasons to finish convincing you :

Read More
The tea trip to India with the five senses.
Submit a Comment