A construction in New Delhi that moves between the optical game and the mirage. 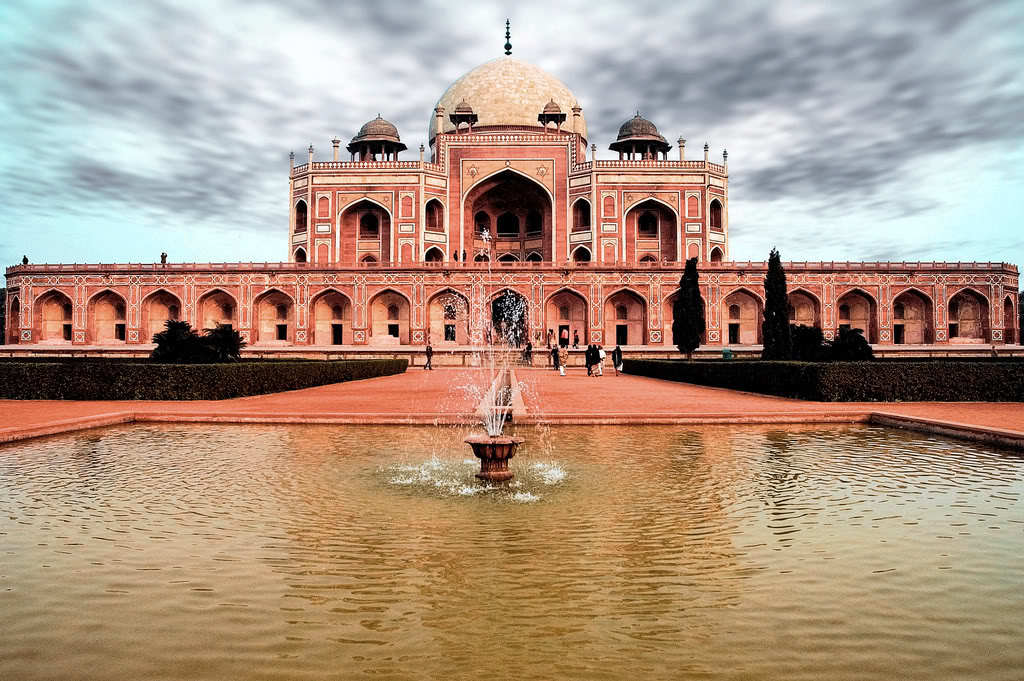 Who else and who least remembers having a Rubik’s cube in their hands. The first thing that is done is to turn it astonished to see it from the different perspectives that are shown when playing with the edges. Well, imagine that feeling before something that instead of being placed in a hand looks like a building but turns out to be a mausoleum, it is a primitive version of the Taj Mahal surrounded by square landscaped areas, it keeps the remains of the Mughal Emperor Humayun and rises in New Delhi.

The geometric possibilities presented by this tomb supposedly built in the sixteenth century are as many as the pairs of eyes that look at it. That this construction of 50 by 100 meters is a square plan is just another of the delusions of perception that this jewel of Mughal architecture holds. Because its exterior walls are nothing but arches of the tudor style within other larger arches that give a feeling of passable lightness. 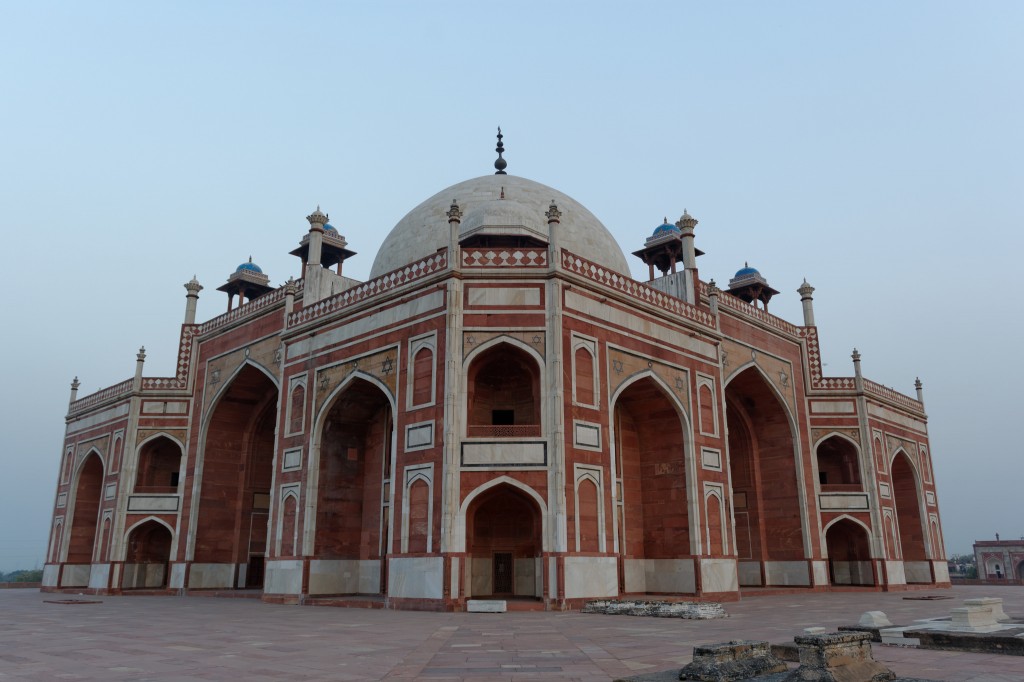 The corners of the base were chamfered, cut to be softer and thus convert the square into an octagon. These do nothing but increase the swarm of optical effects that surround such a mausoleum of white marble and red sandstone. That is why photographers concentrate on them, looking for images in which to show that peace that is only capable of generating symmetry. 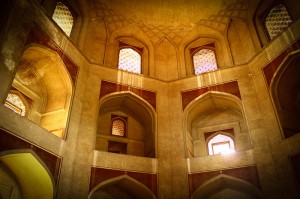 But to enter through its main arch is to enter the entrails of the illusory game. With the first of the rules, that the mortal remains of the emperor are hidden in the base, where they rest with those of several relatives. Only one cenotaph remains in the main room. An octagonal room of three heights in which the stone has the same importance as light, of as many arcs as they observe it. 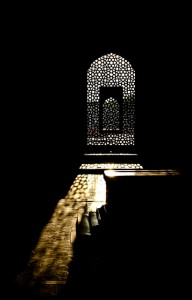 An architectural delight dotted with a white marble dome that can be seen from all parts of the squared garden that surrounds it, making this place a World Heritage Site in the first landscaped mausoleum of the Indian subcontinent. Agree that they are nothing but turf with some palm trees and sautéed bushes. It is not the kind of garden one would expect to walk in another world, but a luxury in which the emperor decided to spend the rest of eternity.

Other constructions are erected within the limits of the garden and in the surroundings. The so-called barber’s tomb, several mosques and many other mausoleums accompany the visit to this oasis of geometric illusions.