India is mausoleums and markets for spices, spirituality and nature. But also a mecca in which to enjoy a selection of bars and restaurants that are an attraction in itself. Don’t miss the most curious bars in India. 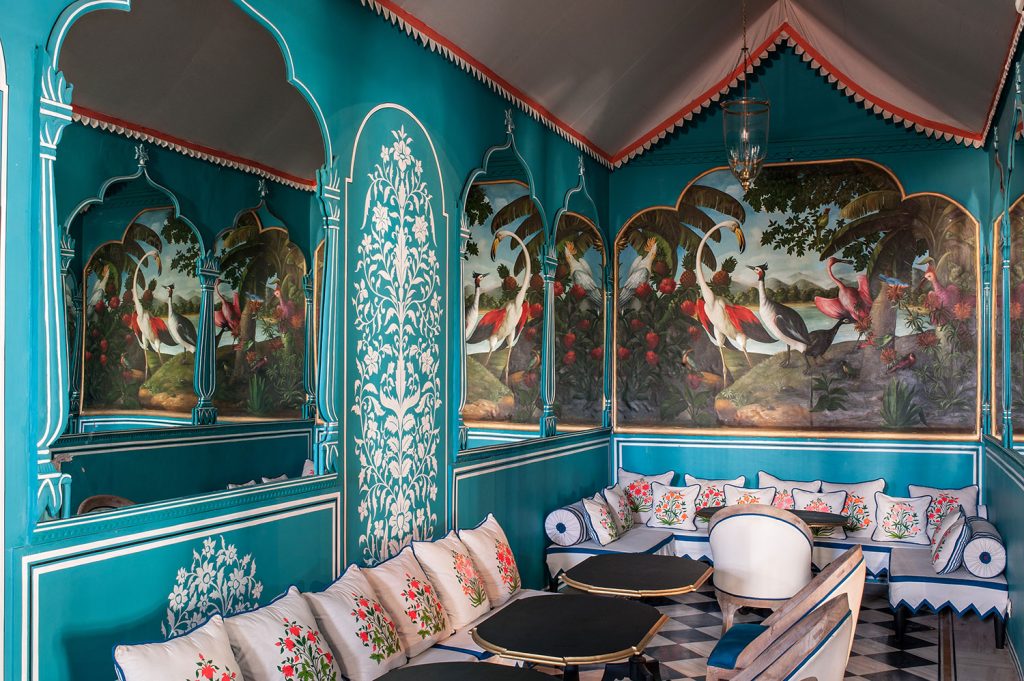 Jaipur is not only the famous Pink City of India, but also one in which all kinds of colors coexist, including the intense blue that floods the Palladio Bar. Located in the luxury hotel Narain Niwas Palace , the Palladio is also a precursor to the famous Italian snack in one of the most cosmopolitan cities in India, displaying a menu where the best wines, pizzas and pasta dishes are not lacking to consume, either inside or on the terrace. All this, wrapped in the great attraction: a blue elegance that leaves room for exotic murals and a typically Rajasthani architecture. Ah! And without forgetting the numerous concerts and shows which, especially at dusk, conquer the Il Teatro cultural space 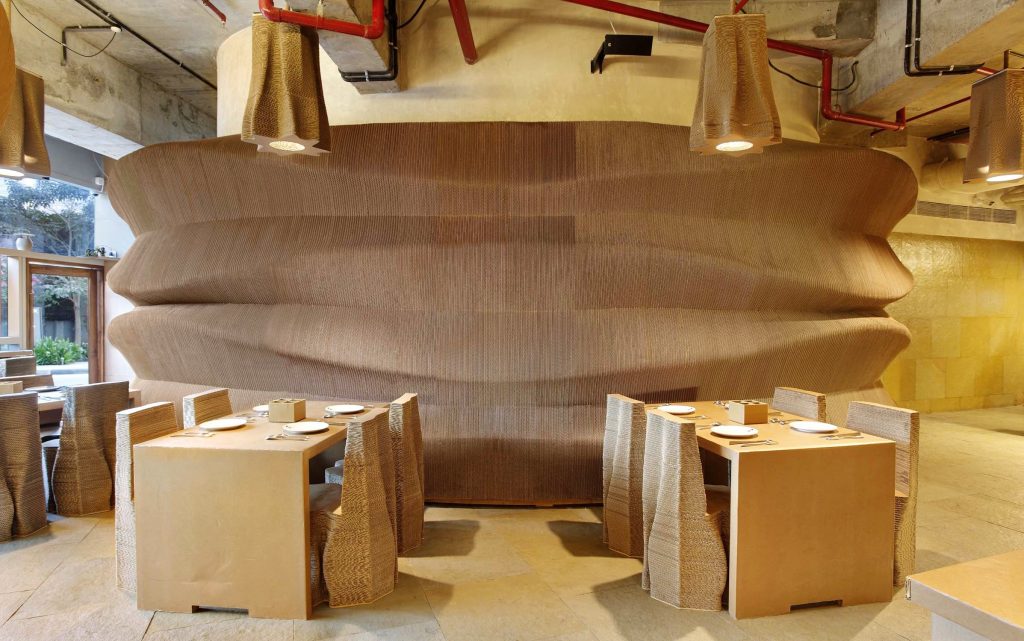 Of Indian origin but raised no less than in the city of Torremolinos in Malaga, Yung Dhanani is a musician who, one day, decided to return to India and continue with new projects until the hospitality met him before. Influenced by the design, ecology and flavors discovered during his many trips through Asia, Dhanani carried out the opening of Cardboard, a cafeteria … made 100% of cardboard together with the architect Nuru Karim (from the NUDES studio) . Yes Yes. Lamps, seats, tables and even containers made of a material as resistant as recyclable that makes up this curious place located in the heart of the Bandra-Kurla Complex district, in Mumbai . 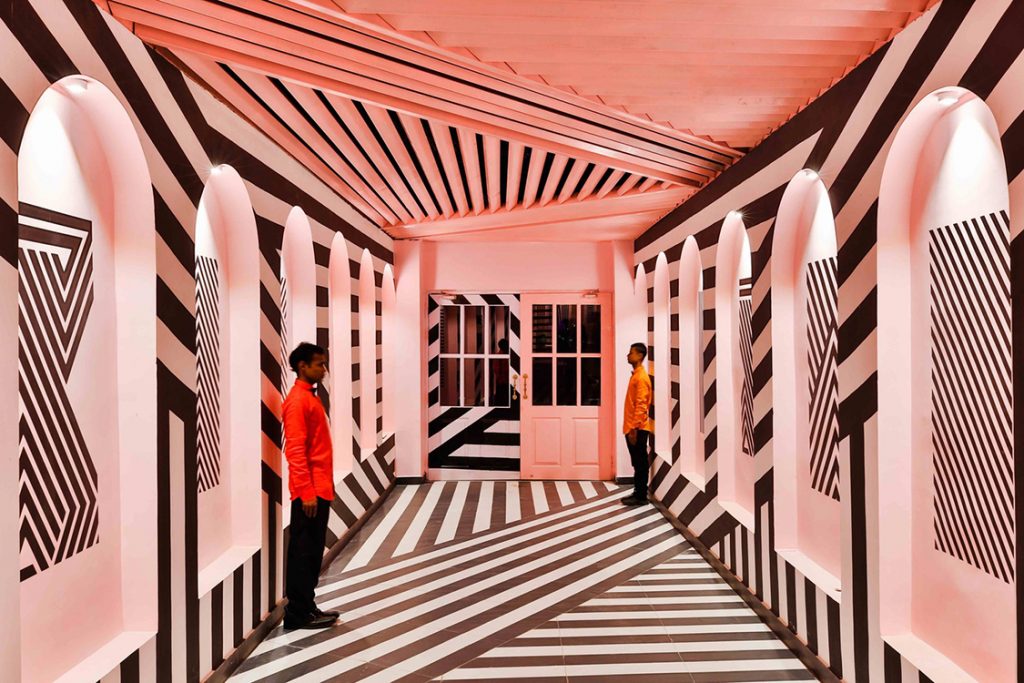 Pink Zebra, a bar out of a painting by Andy Warhol. © The Pink Zebra

Four hours from Agra, the city of Taj Mahal, the city of Kanpur stands not only as the largest urban agglomeration of the state of Uttar Pradesh , but also as a city always open to the curious and experimental. The best example is this «pink zebra», a place that, as the name implies, reinvents the pink palette, crossing it with black and white stripes. The result? A stage on horseback between art pop and the colorful Asian product of the Renesa Architectura Design Studio where there is no shortage of equally unique dishes such as rum chicken, “Indian” tacos or bhurji egg bread skewer. 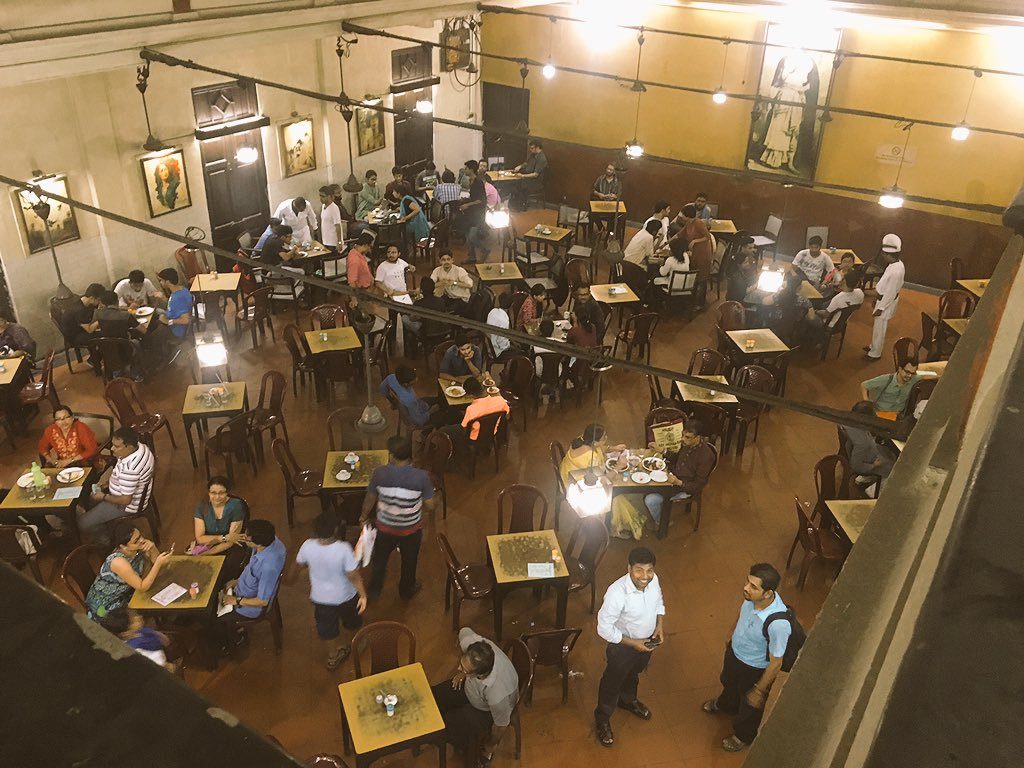 If, in your case, you prefer bohemianism to hipsterism, in India you will find numerous places where you can feel like a wandering poet in search of the best coffee or massala tea. The best example is the Indian Coffee House, a cafeteria located on College Street , one of the busiest in the city of Kolkata. Founded in 1876 and after numerous revolts of intellectuals that allowed its reopening at the end of the 50s, this coffee has become an important meeting place for intellectuals such as Rabindranath Tagore or Aparna Sen where having a good coffee surrounded by the Indian marabunta becomes a , so far, unknown pleasure. 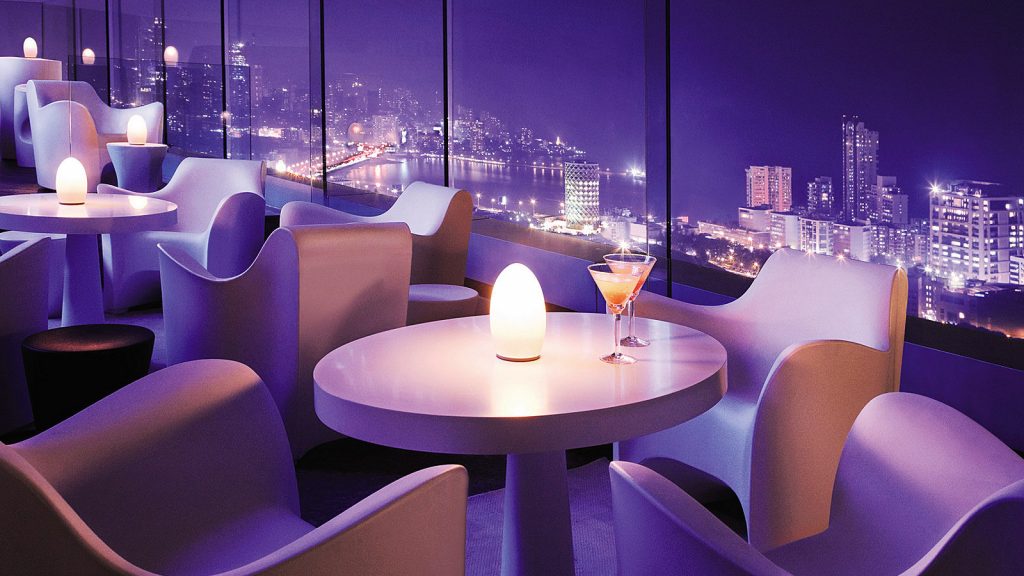 It falls at night at AER Four Seasons Mumbai. © FS

From the Kolkata tradition, we move on to Mumbai Futurism, that Indian city that always knows how to anticipate trends, even provide greater insight. Just look at the Four Seasons Hotel and reach the 34th floor, where the crown of this luxury hotel is displayed: the AER, a rooftop bar (or terrace bar) whose 360-degree panoramas wrap a neon-based decoration Soft and experimental cocktails live up to expectations. Ideal to watch the sunset and immerse yourself in the dusk of urban sparkles.

Would you like to have a massala tea in one of these curious bars during your trip to India ?

Read More
What to see in Delhi: Chandni Chowk market

Read More
Bhang, the drink of joy
Submit a Comment