One of the most beautiful and poetic representations of traditional and popular Indian culture is that of puppet theater in its two techniques: puppets and shadows. Such a pleasure for the senses.

Traveling to India often means finding or discovering ancient arts that have survived, transmitted from generation to generation, to reach our days in the form of a legacy. That is the meaning of the Indian puppets, and, more specifically, of the most famous in the country, those of Rajasthan. 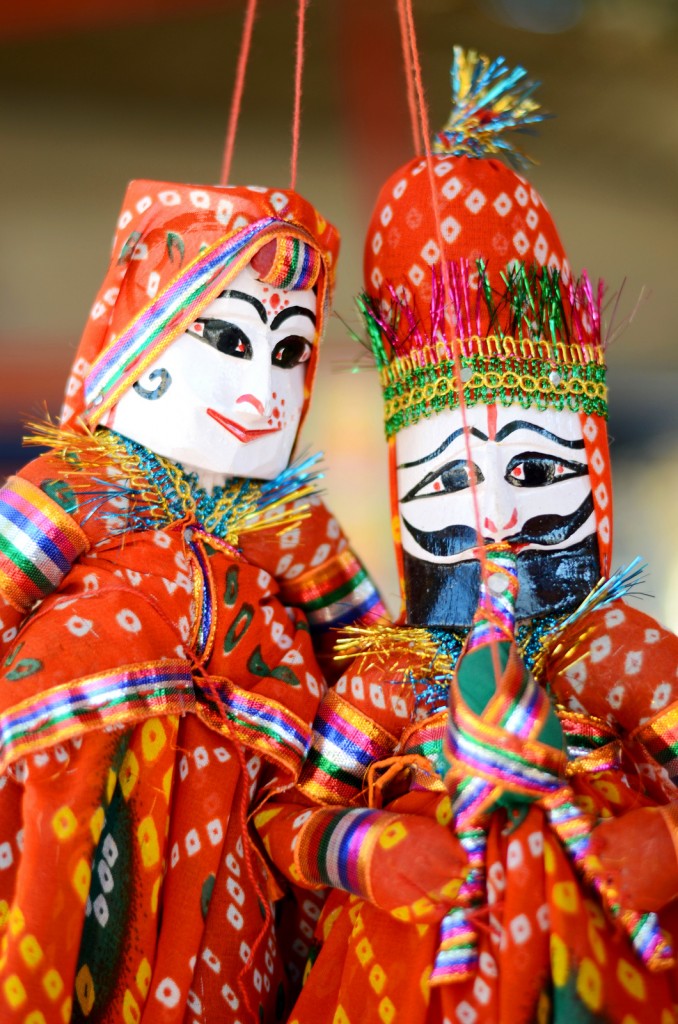 In Northwest India, being able to handle the threads that give life to the characters of wood and cloth, became the raison d’être of the Bhatt community. The kathputli puppets, the ones used in this area, are characterized by their carved heads and their wide skirts, and they have a ritual.

They usually go on stage, almost always at sunset, to keep the secret of a hereditary art that is only transmitted from father to son. Each time that happens, the puppet adds a new skirt to his dress. Another significant element of these puppets is the expressiveness of their eyes is the last thing that is added in their construction process. It is then when, according to popular belief, they come to life and become true instruments sent by the gods to entertain mortals, following the rhythm of the drum, a task that women often perform. 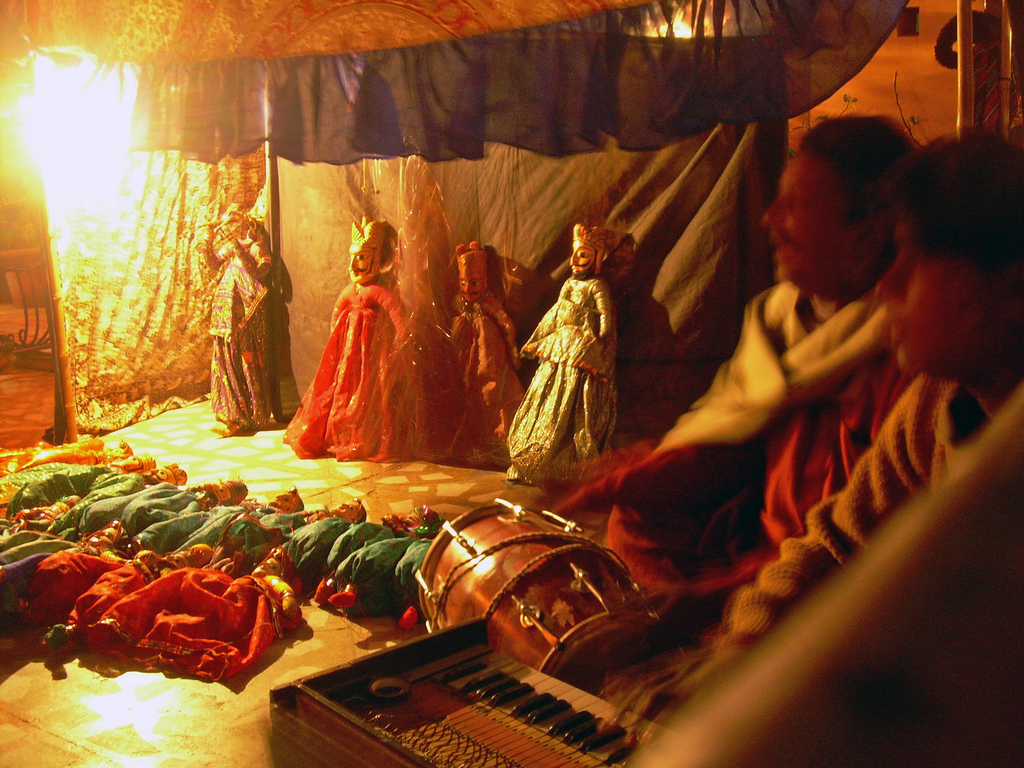 The theater of shadows, the other of representation of puppets, has a handling and characteristics that differentiate it from that of puppets. With its large size, its bright colors and achieving movement through rods handled by the puppeteer, stage the main Indian epics: Mahabharata and the Ramayana. Of course, before the performances, it is usual to perform a prior ritual to ensure peace and prosperity of your audience. And is that the puppets, like other Indian performing arts, can not be understood without considering the hodgepodge between mythology and religion. 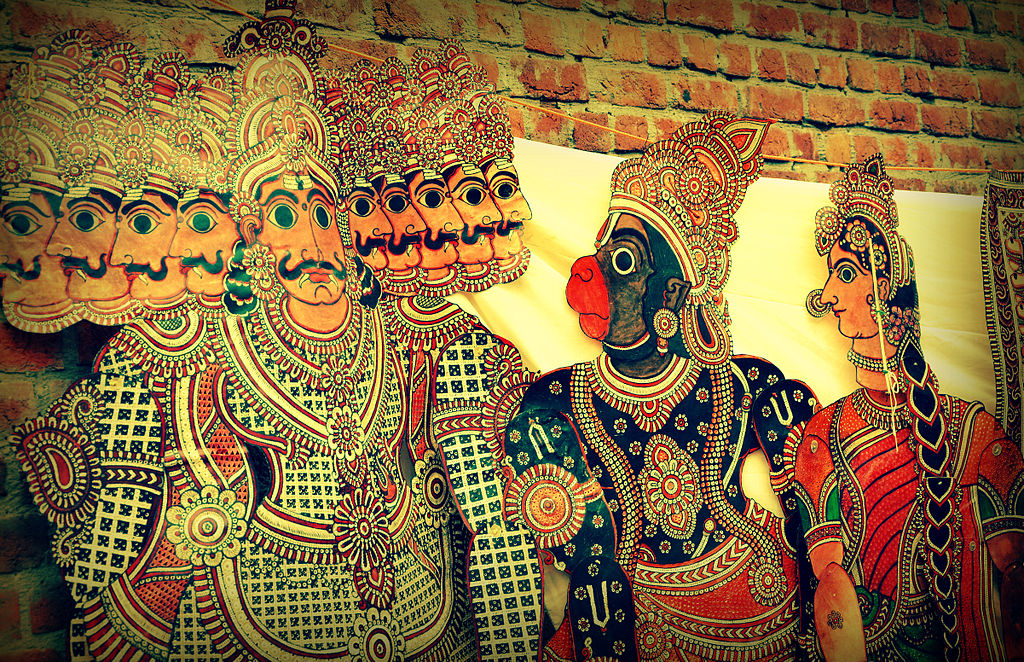 Currently they are living a resurgence and are used as educational means to instill values ​​among the Indian population entertaining with the eternal struggles between heroes and villains.