In India there are more than 2 million temples, so it is not surprising that we find more than one, at least, unique. And one of them is undoubtedly the temple that worships a motorcycle in India, specifically the former healer Om Banna.

History of a motorcycle in India 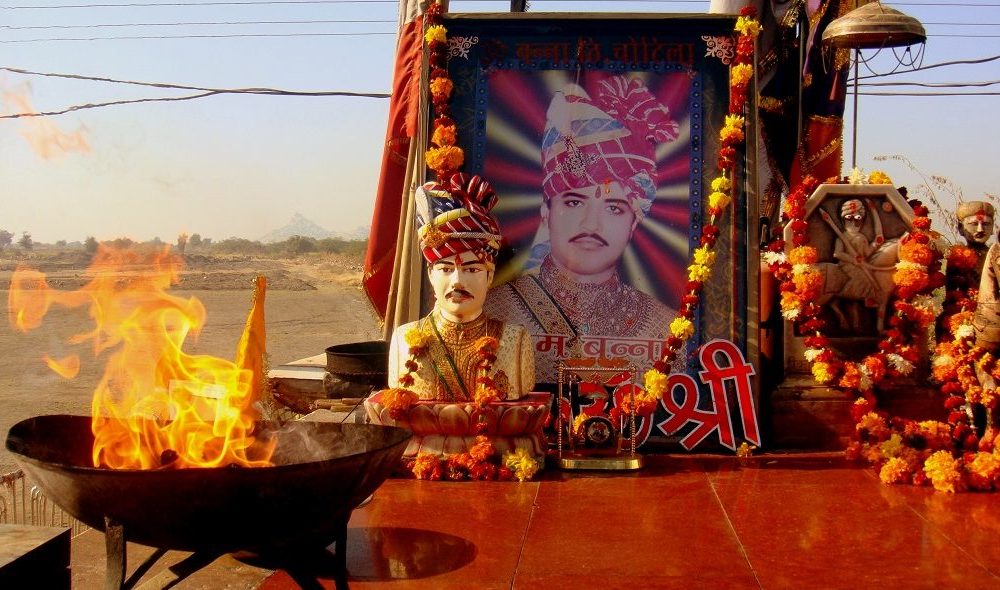 Some of the pilgrims’ offerings to Om Banna. © Jodhpur Search

India is a country full of stories that, in turn, have fueled the charm of even more fascinating places. Or bizarre, as is the case of the temple dedicated … to a motorcycle. But be careful, because this is not about any motorcycle … but Om Banna’s vehicle.

And who is this Banna?

Wait a second and read the curious story of this healer.

Once upon a time, more specifically in the early 1990s, the story of Om Banna, a healer from the Pali district , 20 kilometers from the city of the same name and 50 kilometers south of the city of Jodhpur . A man dressed in colorful clothes that claimed to have healing powers, especially when he was drunk (!).

For weeks and months, Banna went from one home to another in the district healing neighbors with all kinds of physical and mental problems, moving along the dusty roads of Rajasthan on the back of a 350-cubic-inch Royal Enfield Bullet .

However, one of those nights when he returned home with a few extra glasses, specifically on December 2, 1991, the healer suffered an accident with his motorcycle crashing into a sturdy tree located on the road.

A priori conventional story. Until the police arrived.

Two officers were responsible for moving the lifeless body and moving the motorcycle to the nearest police station, where they tied it with chains to a pillar. The miracle seemed to be announced when the vehicle suddenly disappeared from its enclave to appear shortly after next to the tree in which Om Banna suffered his accident. The police took the motorcycle again and held it at the police station. But it disappeared again and again to return to the tree. That is how the legend of Om Banna emerged and, as a consequence, the creation of a temple next to the famous tree against which it crashed. 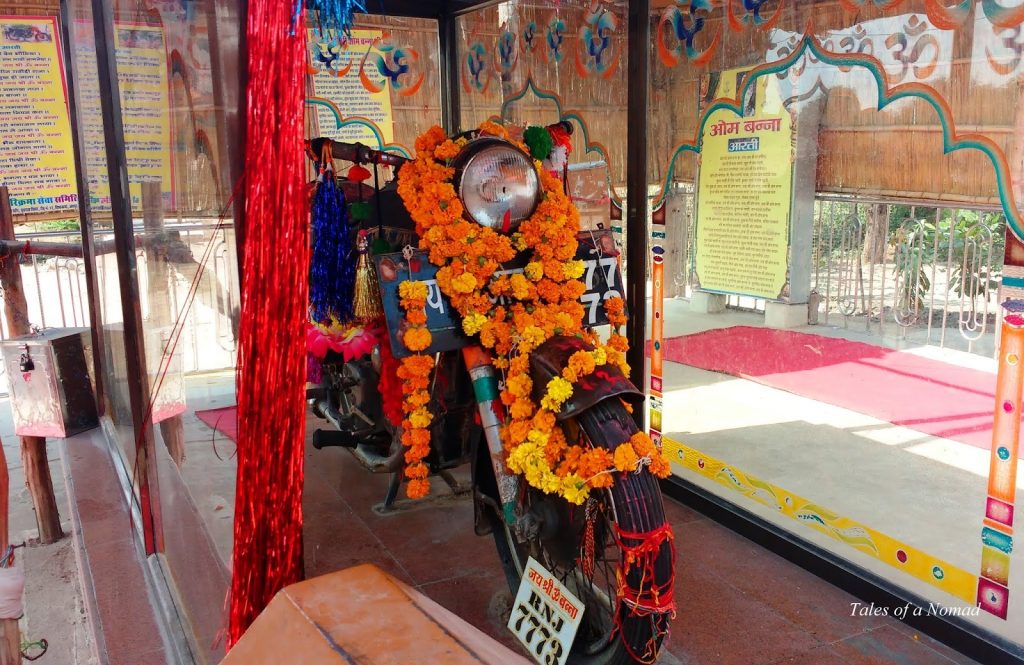 Om Banna motorcycle in the showcase. © Tales of a Nomad

Almost thirty years later, the Bullet Baba’s Temple continues to be a place of obligatory pilgrimage for hundreds of faithful who drop by this curious motorcycle in India. Covered by a large glass showcase (perhaps with the intention of not escaping again), the Royal Enfield de Banna is worshiped next to the tree where it all began with those who do not hesitate to place incense sticks, flower garlands and even a jet of liquor in a container to ensure a safe ride in their respective vehicles.

One more example of the degree of mysticism and spirituality that surrounds India and, specifically, this area of ​​Rajasthan whose nomadic roads and legendary cities sigh a halo of mystery for each of its chinks.

Would you like to visit the most famous motorcycle during your trip to India ?